The Air Force’s Ospreys are flying again, despite unresolved issues

Air Force Special Operations Command is focused on mitigating the problem until it can be solved. 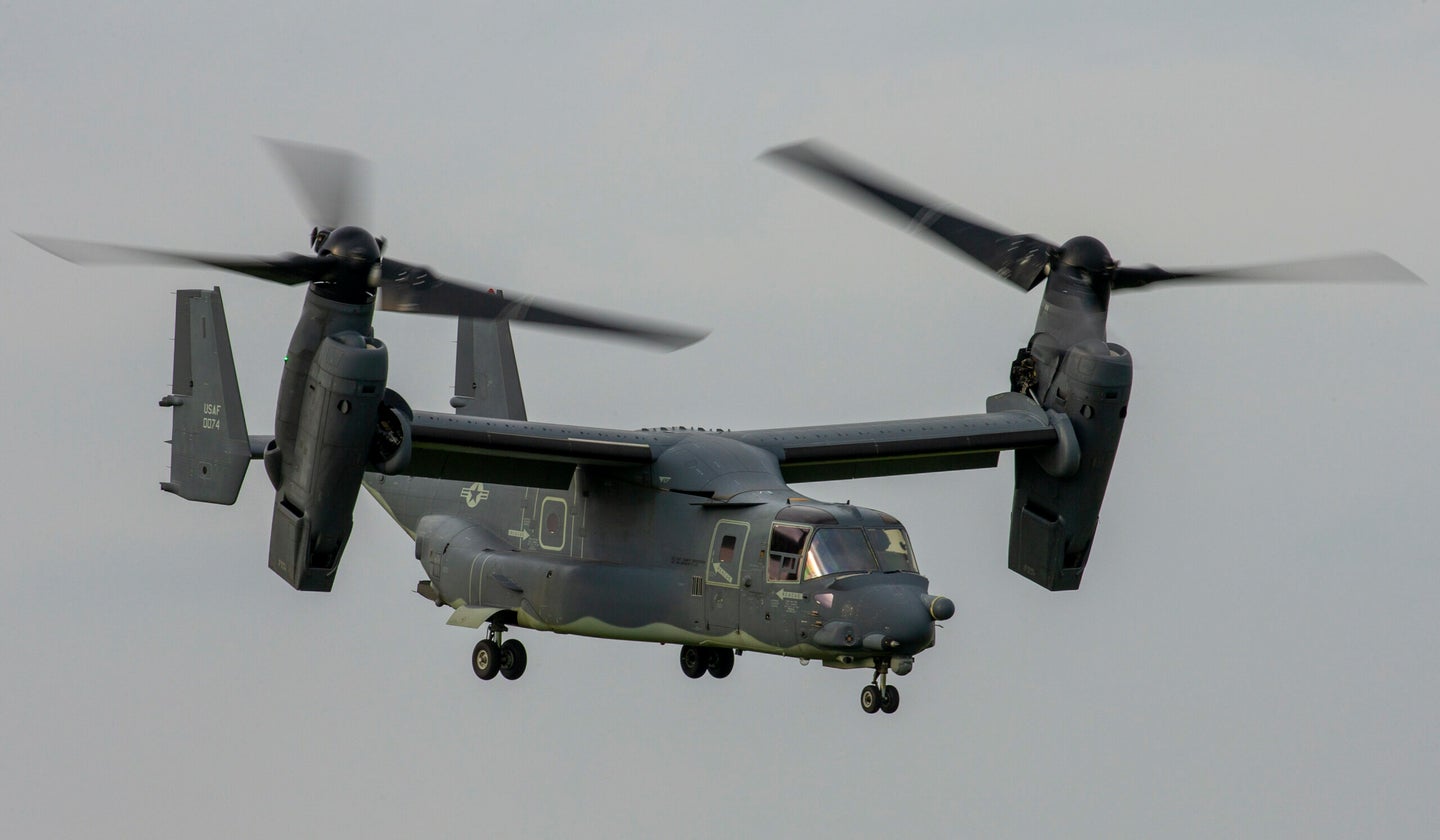 After more than two weeks, the Air Force Special Operation Command’s fleet of CV-22 Ospreys is flying again. But the Air Force hasn’t fixed the mechanical problem that forced the tiltrotor aircraft to be grounded in the first place.

On August 16, AFSOC’s commanding officer Lt. Gen. Jim Slife ordered the Ospreys grounded indefinitely following a pair of accidents in the preceding six weeks. The issue is a hard clutch engagement — when the clutch slips, power from one engine goes to the other to make sure the aircraft is capable of safely landing if an engine loses power. The problem is that if that clutch reconnects quickly it causes the Osprey to tilt hard off balance, presenting a big safety risk. In such an event, protocol is for pilots to immediately land the Ospreys.

Slife’s original order was given to investigate what was causing the problem and resolve it, in order to protect the safety of the airmen. But with this new order, AFSOC said they haven’t found the cause. Military Times reports that operations restarted this weekend, with pilots being told to take a two-second pause at take off before increasing power, as an apparent workaround to the issue. AFSOC operates 52 Ospreys.

“Until a root cause is identified, and solution implemented, the focus is on mitigating operations in flight regimes where [hard clutch engagements] are more prevalent and ensuring our aircrews are trained as best as possible to handle [them] when they do occur,” a spokesperson for AFSOC said in a statement to Military Times.

Last month, an AFSOC Osprey made an emergency landing on the Norwegian island of Senja due to the clutch issue. That was one of the incidents that prompted the grounding order. Scramble, a Dutch aviation website, reports that the Osprey is in the nature reserve Stongodden, and as such it is almost impossible to make repairs to it on site. The Norwegian Air Force is exploring ways to move it, but a shallow coastline and difficulty accessing the site without disturbing the landscape prevent challenges.

Prior to the two incidents this summer, AFSOC had only had two other hard clutch engagement incidents since 2017.

The Marine Corps also operates Ospreys but chose not to halt flying operations when the Air Force did. At the time, a spokesman for the Marine Corps said that the service knows about the issue and the Marines “have trained our pilots to react with the appropriate emergency control measures should the issue arise during flight.”

Osprey crashes killed multiple Marines earlier this year. In March four died during a training mission in Norway. In June another Osprey went down near Glamis, California, killing five Marines on board.

AFSOC is still investigating the cause of the hard clutch engagements.