A British soldier reportedly tried to get high off shoe polish. He started a barracks fire instead 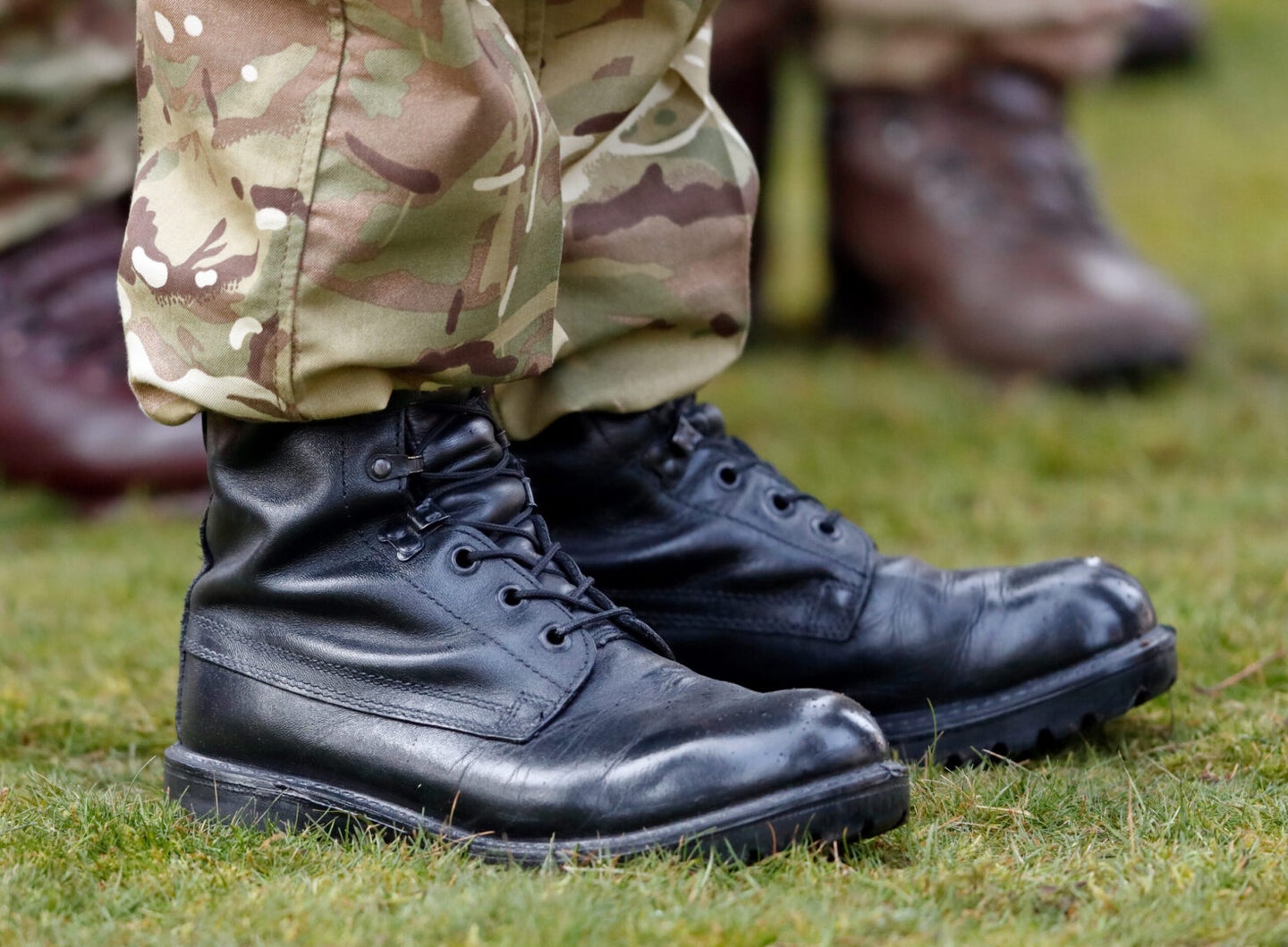 The United Kingdom is home to the latest edition of barracks shenanigans.

A British Army soldier was booted from the military after he got stoned on boot polish and accidentally set fire to his barracks, multiple British news outlets have reported. Lance Cpl. David Thomas was in a common room at the Tidworth Camp, a military base in Wiltshire, England, when the incident happened in January 2020, according to Forces.net, a British military news site.

“He lit it inside the tin and became disorientated, and the shoe polish fell to the floor,” prosecutor Maj. John Griffiths told a British military court, according to Forces.net. “Lance Cpl. Thomas then went upstairs and didn’t report the fire.”

The burning shoe polish eventually set fire to a sofa and caused roughly $2,200 in damage before being put out by several of Thomas’ squadmates.

“Attention was drawn to Lance Cpl. Thomas as some reported him as acting suspiciously and having got rid of his shoe polish,” said Griffiths, adding that, “During interview, he explained he had tried to get high and should have checked on what had happened.”

Judge Alistair McGrigor noted that Thomas must have been in a “troubled state of mind” when he decided to huff shoe polish fumes.

Aside from being dismissed from the Army, Thomas was ordered to pay back the cost of the sofa and serve 18 months of probation. That’s a steep price to pay for one lance corporal, especially one whose defense attorney described as having little more than £10 – that’s $13.55 – to his name.

Although Thomas apparently opted for toxic fumes, other, more illicit substances have been used by military service members in the past.

In Canada in 2018, soldiers assigned to W Battery of the Royal Regiment of the Canadian Artillery School found themselves incapacitated after one of their own handed out weed-infused cupcakes.

“All the members of W Battery who consumed the cupcakes, except one, allegedly experienced symptoms which included dehydration, overheating, fatigue, confusion, dry mouth and paranoia,” court documents from the incident stated. “Several affected members were allegedly unable to properly execute safe weapons and explosive handling drills. That afternoon, the affected members were treated by a medical technician and the military police were called.”

In the U.S., airmen assigned to Air Force security units guarding nuclear missile silos have been busted for using lysergic acid diethylamide (LSD) and other narcotics. Acid has long been a popular drug of choice among service members.

Indeed, a number of “recent incidents” in 2020 involving Marines and sailors using LSD prompted officials to start testing for the drug and also issue news releases with the implicit message: please stop tripping balls. Camp Lejeune was also home to a dubstep-loving second lieutenant found guilty of both using and attempting to sell Methylenedioxymethamphetamine (MDMA), commonly known as Ecstasy.

Fortunately, in this case, the only casualties were Thomas’ military career and the sofa, which was described by McGrigor as looking “extremely tired.”