An F-16 Fighting Falcon fought a hawk and won 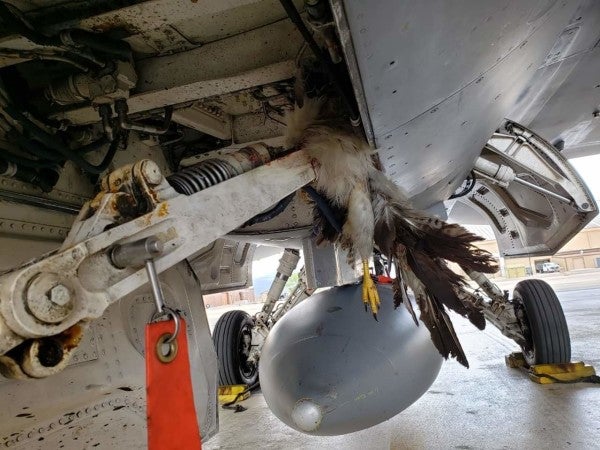 The above photo, first posted to the popular Air Force amn/nco/snco Facebook page on Wednesday, shows the aftermath of a bird strike that occurred during a routine landing of F-16 Fighting Falcon at Holloman Air Force Base in New Mexico April 17, 2019, a spokesperson for the 49th Wing confirmed.

“When a bird strike occurs, the remains are sent to the Smithsonian where they classify the bird and determine how it was struck,” 2nd Lt. Jasmine Manning told Task & Purpose in an email. “The bird pictured is a Swanson's Hawk.”

“HAFB takes measures to prevent as many of these strikes as possible, as well as any obstruction that would affect a safe take-off or landing of our aircraft,” she added.

Holloman AFB is host to both the 49th Wing's fleet of F-16C/D Fighting Falcon fighter jets and the F-16C training aircraft assigned to the 54th Fighter Group as part of the Air Force's Education and Training Command.

We now go live to the Holloman DFAC: