A first for one of the Marine Corps’ most famous units. 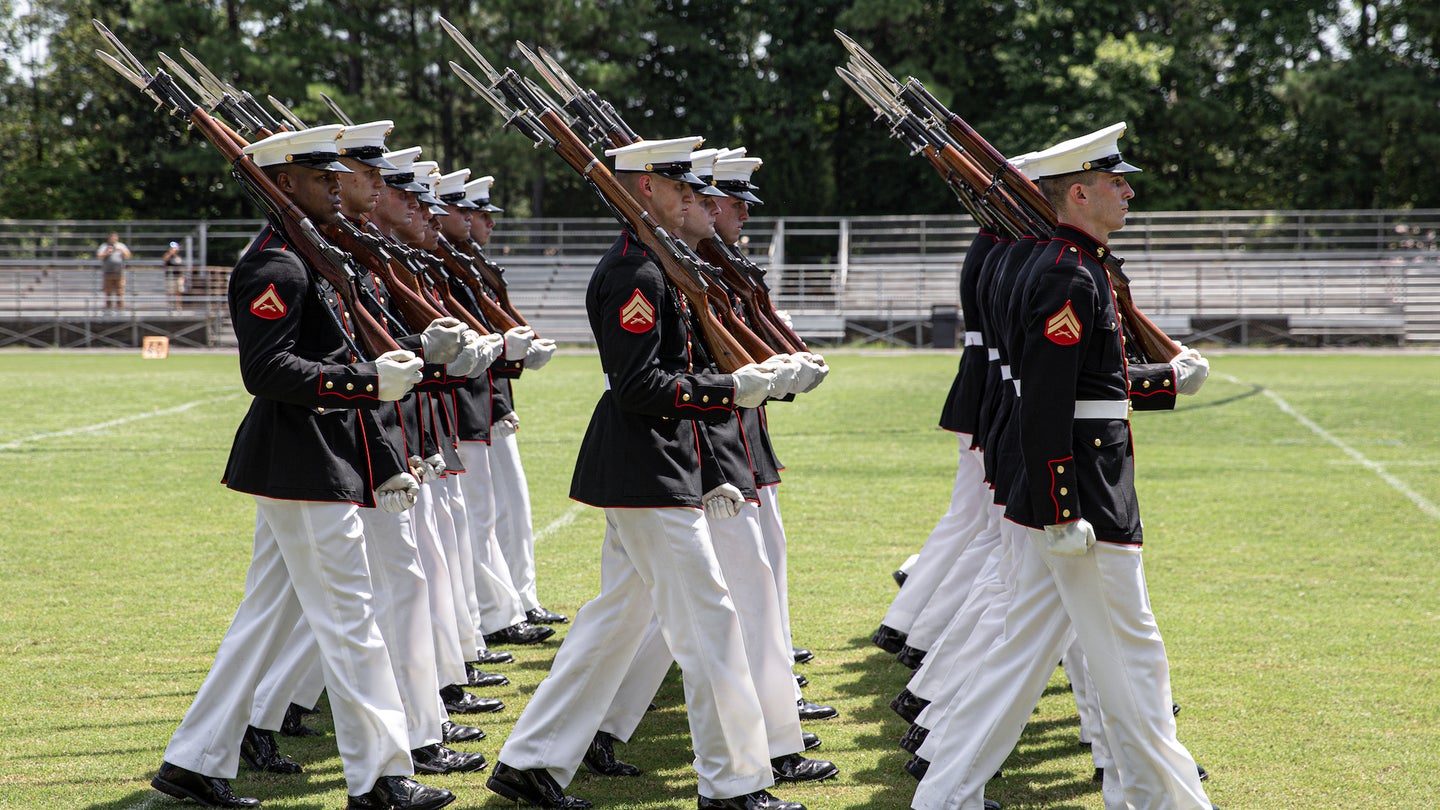 For the first time in its history, the Marine Corps Silent Drill Platoon will be led by a female commander.

The Marine Corps announced Tuesday that Capt. Kelsey A. Hastings, an artillery officer, has been selected to lead the storied ceremonial unit for its 2023 parade season. Hastings will take command on Nov. 21.

“It is exciting to be selected as the Marine Corps Silent Drill Platoon Commander,” said Hastings in a Marine Corps press release. “SDP is oftentimes the face of the Marine Corps, showing the world how elite and professional our organization is, and being selected to lead them is truly an honor. I look forward to working with my new Marines and being a face that a little girl can see and envision herself as.”

Based at Marine Barracks Washington in Washington, D.C. the Silent Drill Platoon first performed in 1948 and has since become a fixture at Marine Corps ceremonies and parades.

During the annual parade season, which begins in the early spring and continues throughout the summer, the platoon performs during parades at the Marine Barracks on Fridays and Tuesday, as well as across the nation.

The 24 members of the platoon perform their precise drill movements and handling of their hand-polished ten-and-a-half pound M1 Garand rifles with bayonets mounted without cadence or commands. The routine also involves an inspection sequence that includes spinning and tossing the rifle in the air.

The few Marines who are selected for the platoon undergo months of rigorous training to perfect the ceremonial routine, along with maintaining their traditional infantry skills throughout the year. Each year, just two experienced members of the platoon are selected to become rifle inspectors after auditioning for former rifle inspectors. These Marines, along with the platoon commander, are responsible for maintaining and passing along the special customs and traditions of the Silent Drill Platoon.

Hastings was commissioned into the Marine Corps in 2017 after graduating from the U.S. Naval Academy. After serving as an artillery officer with the 1st Battalion, 12th Marines in Hawaii, she was selected for duty at Marine Barracks Washington in 2020.

Hastings served as a marching platoon commander in 2021 and marching company executive officer earlier this year before being selected for her upcoming assignment.