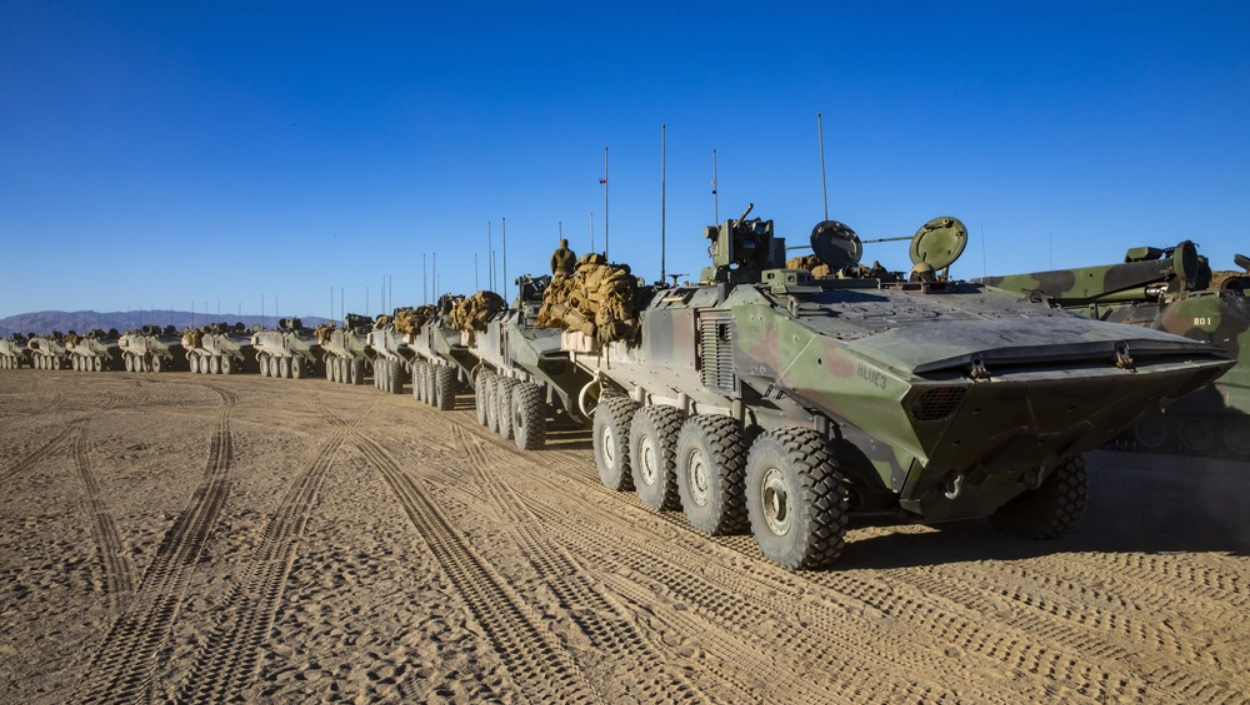 At 7:45 p.m. on Thursday, Oct. 13 the amphibious combat vehicle suffered an unspecified “mechanical malfunction” during a training operation in the surf zone near Marine Corps Base Camp Pendleton, California, according to the Marine Corps. The malfunction caused the ACV to roll over.

No one of the three-person crew was injured in the incident, but the Marine Corps is investigating it.

“We’re taking a deliberate and methodical approach to fielding this platform,” Lt. Gen. David H. Furness, deputy commandant for Plans, Policies, and Operations said in a statement on the incident. “This adjustment to current guidance ensures our Marines have the ability to safely train and maintain proficiency with the platform while we work to conduct additional testing.”

The pause is in effect until more data can be collected — via careful testing with ACVs — according to officials. For now Marines can still use the ACV in safe water areas such as a harbor, as well as on land and out in the ocean, but can’t launch from a beach or try to make landfall from the open sea. The 1st Marine Division in California is currently handling testing and evaluating the new vehicle ahead of wider use by the corps.

It’s not the first surf-related incident to hit the ACV. A pair of mishaps in July caused the Marine Corps to halt tests and training in the open water. High winds and surf rolled one ACV onto its side while another was taken out of commission due to 8-foot-high waves. No one was injured in those accidents. In September they were cleared to resume tests again, but the delay prevented the ACV from participating in what would have been its first deployment. It’s not clear if the incident this past week was due to heavy waves or some other issue.

The ACV itself is meant to replace the Marine Corps’ aged amphibious assault vehicle. Unlike the AAV, the ACV uses eight wheels instead of tracks. As the name suggests, they work on land and sea, moving Marines from ships to beaches and vice versa. The Marine Corps phased out the use of the AAV after one sank in 2020 in Southern California, killing eight Marines and a sailor onboard. A subsequent investigation found that the AAVs the platoon was using were in “horrible” condition. Most of the AAVs the corps had failed inspections after the deadly incident.