The vessel sank Thursday evening after hitting a security barrier in the harbor. 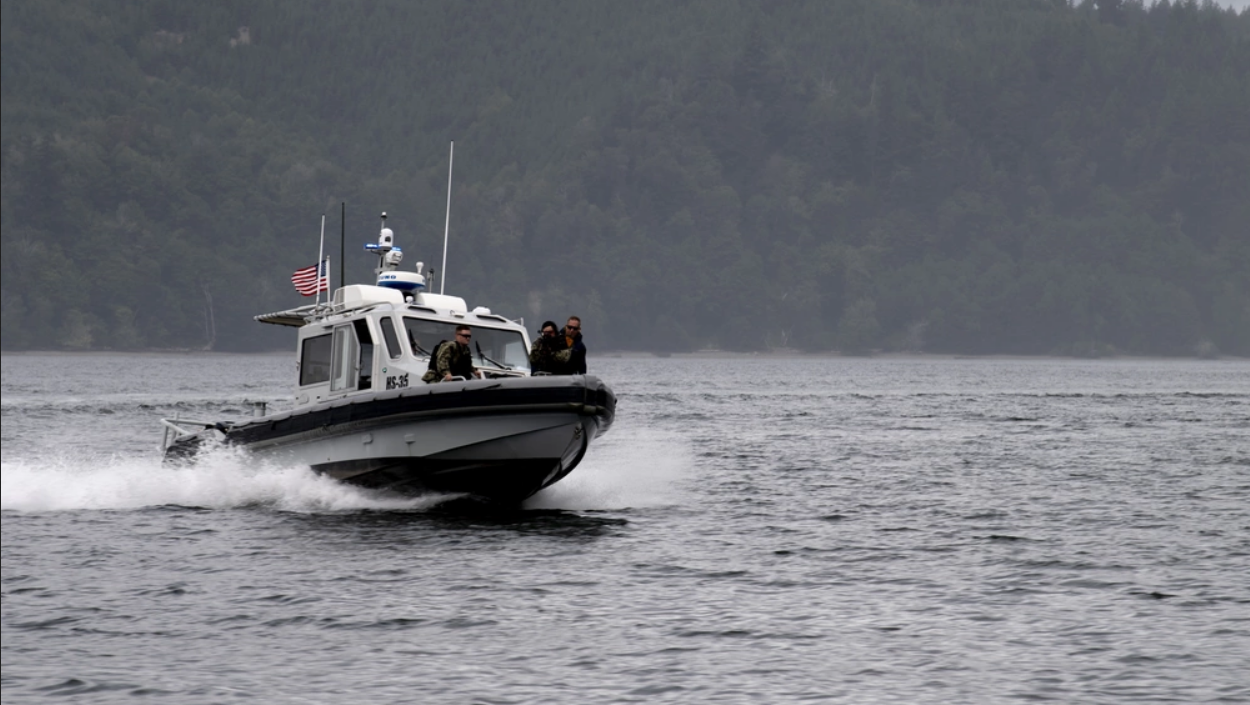 The Navy is currently trying to figure out how to recover a patrol boat after it sank in the waters of the Puget Sound on Thursday, Jan. 19. A harbor security boat was traversing the perimeter of  Naval Base Kitsap-Bangor in Washington state that evening when it struck the harbor barrier, injuring three sailors and sending the vessel below the water.

None of the sailors aboard were seriously injured; they were taken to a medical facility for treatment. The incident is under investigation; the names of the sailors involved have not been released by the Navy. In its statement on the matter the Navy said that “all physical security measures remain fully operational” and no other vessel was involved in the accident, which occurred shortly after 7 p.m.

Naval Base Kitsap-Bangor is located in Washington state and services both submarines and surface vessels. The Navy also noted that despite the impact that caused the boat to sink there does not appear to be an environmental risk.

Ship collisions have been an issue for the Navy in recent years, including a 2017 incident where the destroyer the USS Fitzgerald collided with a Philippine container ship, killing seven sailors. More recently, two Navy vessels narrowly avoided impact while maneuvering in San Diego Bay, while a Danish sailing ship ran into the littoral combat ship USS Minneapolis-St. Paul during Maryland Fleet Week.

As for recovery, it’s not clear when the Navy will attempt to raise the ship. “We are also assessing the situation to determine the best course of action for recovery of the boat,” the Navy said in its, not giving a timeline for when that might happen.

Last year an F-18 Super Hornet fighter jet blew off the aircraft carrier the USS Harry S. Trumpan in the Mediterranean Sea due to extreme weather. The Navy was able to recover it later in the summer, salvaging it from more than 9,000 feet below the surface.