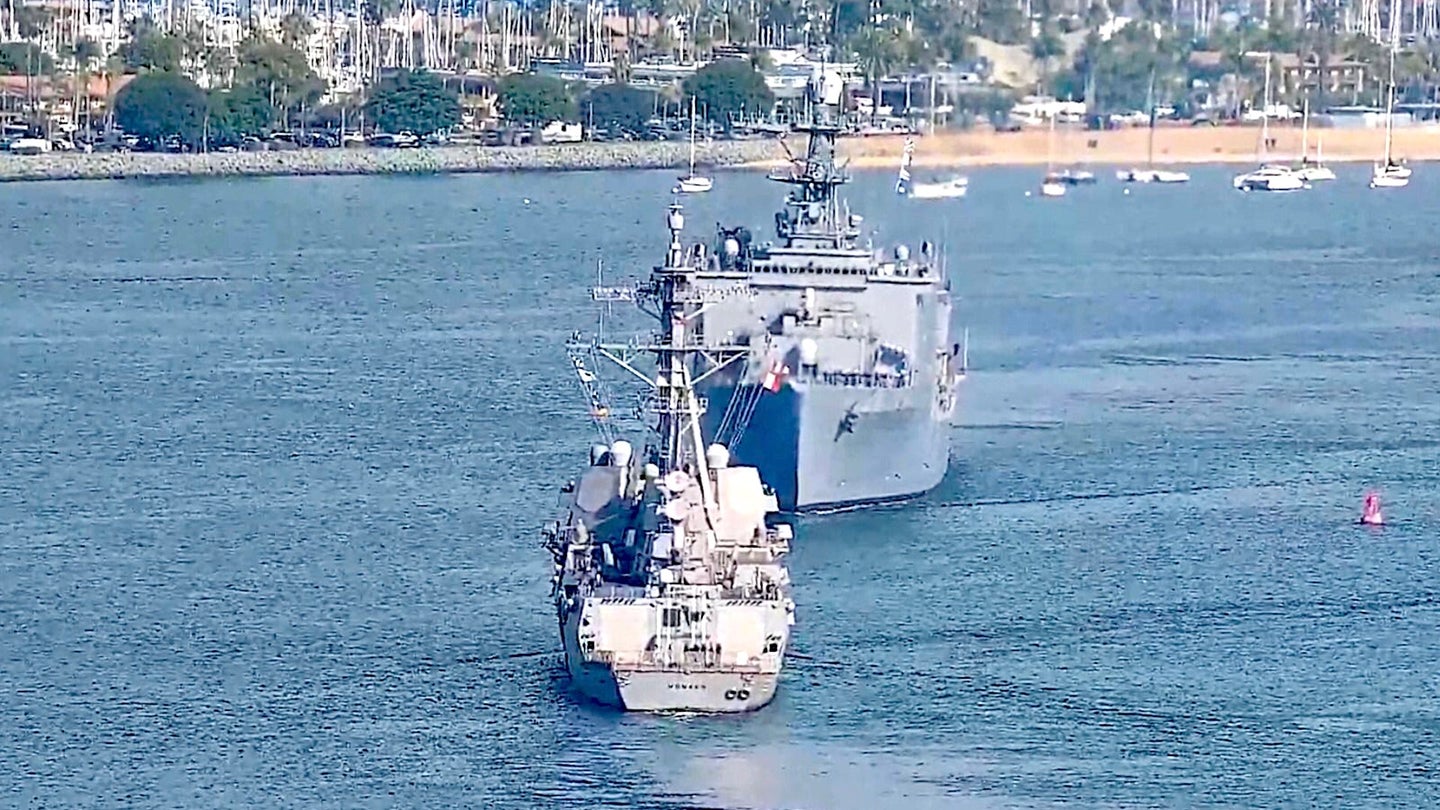 A pair of Navy surface vessels narrowly avoided a potentially catastrophic collision while maneuvering in San Diego Bay on Tuesday.

Footage posted to Twitter by the popular @SanDiegoWebCam account, which tracks ship traffic in the harbor, shows the guided-missile destroyer USS Momsen and the dock landing ship USS Harper’s Ferry coming unnervingly close to each other.

“There were no injuries or damage to the ships as a result of those maneuvers,” said U.S. 3rd Fleet spokesman Lt. Samuel Boyle in a statement.

Based on the audio and footage of the accident (which, it’s worth noting, are not in sync according to @SanDiegoWebCam), the incident “looks worse than it really is based on the perspective of the video,” said Salvatore Mercogliano, a professor of maritime history of Campbell University and former Merchant Marine deck officer.

“The ships did not violate the rules of the road,” Mercogliano told Task & Purpose. “As long as both ships agree, which they did in the audio, for a starboard-to-starboard passage, they’re fine.”

While both Harper’s Ferry and Momson traveled on the same tracks in and out of San Diego Bay, using the south side of the channel and hugging the red buoys, the real issue is that the two Navy vessels didn’t start communication sooner regarding their maneuvering in the harbor, Mercogliano said.

“The real question is the timing of the maneuver: why did they wait until they were so close?” said Mercogliano. “Burke-class destroyers steer like a Ferrari, but the Harper’s Ferry doesn’t — it’s a little bit lumbering.”