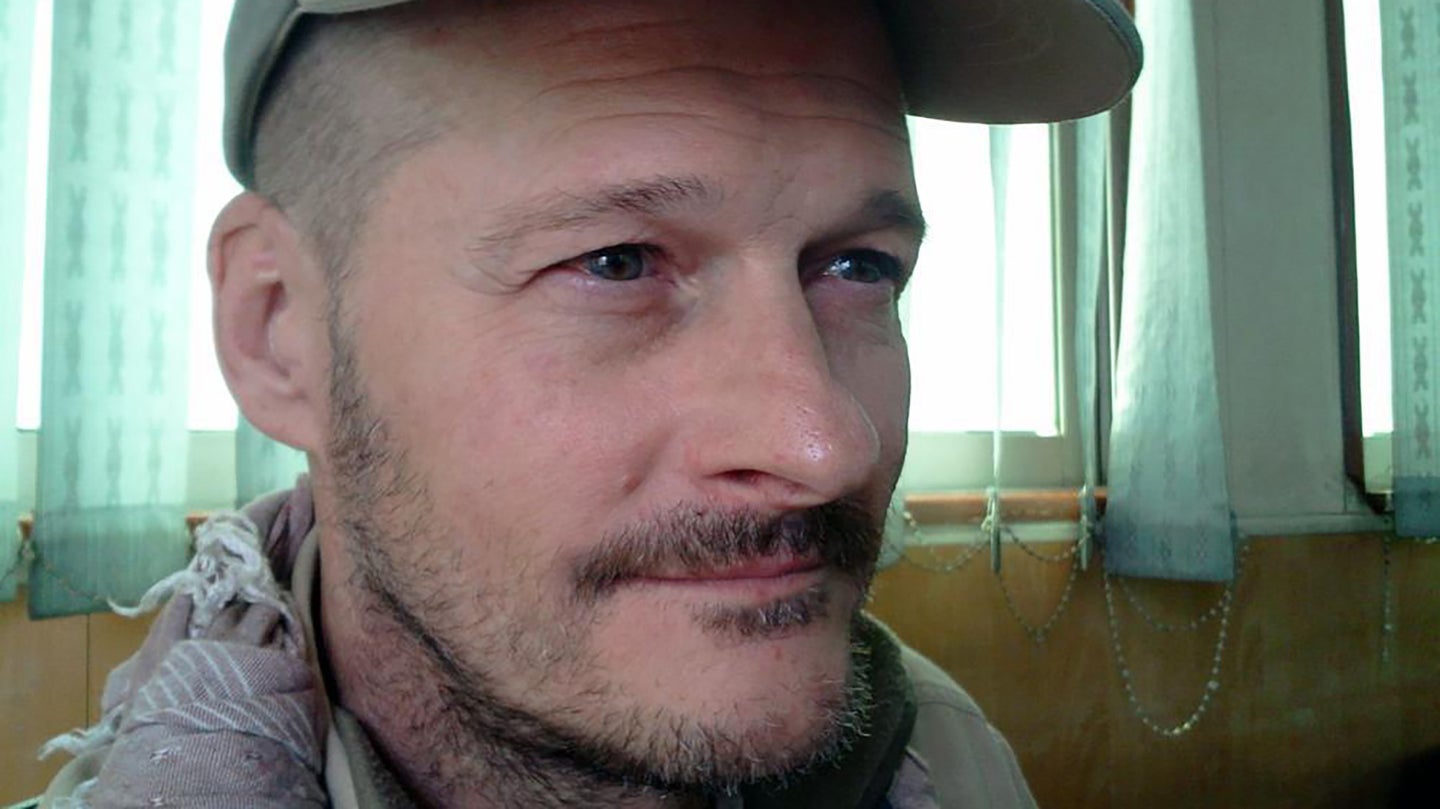 This pcture of Mark Frerichs was provided to the James W. Foley Legacy Foundation.
SHARE

Mark Frerichs, a Navy veteran who was abducted while working as a contractor more than two years ago, is heading home after being freed by the Taliban in exchange for a Taliban drug lord who had been in U.S. custody for 17 years, a senior administration official told reporters on Monday.

Frerichs was released on Monday, said the official, who described Frerichs’ overall health as “stable” and “solid.”

A former Navy diver, Frerichs was reportedly working on civilian engineering projects when he was taken prisoner on Jan. 31, 2020 in Khost province. Prior to his abduction, Frerichs had worked as a logistician and civil engineer in Iraq, Sudan, and other conflict zones for the past 10 years, according to his Linkedin profile.

U.S. government officials reportedly believe that Frerichs was held captive by a faction of the Taliban led by Sirajuddin Haqqani, who is currently serving as Afghanistan’s acting interior minister, according to the Associated Press.

After the U.S. military withdrew from Afghanistan in August 2021, U.S. government officials made it clear to the Taliban that Frerichs’ release “had to occur before the Taliban could hope for better relations with the United States,” said the senior administration official, who spoke on condition of anonymity under rules established by the White House.

During months of tough negotiations, it became clear that the Taliban would be willing to free Frerrichs in exchange for Bashir Noorzai, who had been sentenced to life in prison in 2009 on heroin trafficking and conspiracy charges.

President Joseph Biden decided in June to release Noorzai after U.S. government experts concluded that his return to Afghanistan would not increase the risk to Americans stemming from the country or affect the drug trade.

However, on July 31, the United States launched a drone strike that killed Al Qaeda leader Ayman al-Zawahiri, who was living in Kabul at the time. A Biden administration official told reporters at the time that the Taliban’s Haqqani faction was aware that al-Zawahiri had been staying at the home in Kabul and then tried to conceal his presence there after the drone strike.

Immediately following the drone strike, the U.S. government told the Taliban government that it would hold them accountable if Frerichs was harmed, the senior administration official said. When an opportunity to secure Frerrichs’ freedom arose this month, the US. Government “acted very quickly” to get him back, the official said.

President Joseph Biden issued a statement on Monday saying he informed Frerichs’ sister of her brother’s release and expressed how happy he was for Frerichs’ family.

“Bringing the negotiations that led to Mark’s freedom to a successful resolution required difficult decisions, which I did not take lightly,” Biden said.

Biden also said that his administration is committed to securing the safe release of all Americans who are held hostage.

“We have much more work to do in many other cases, but Mark’s release demonstrates our enduring commitment,” Biden said.  “Like our work to free Americans held in Burma, Haiti, Russia, Venezuela, and elsewhere, it is our duty to do all we can to bring our people home.”