Richard Marcinko, founding commander of the storied Navy SEAL Team 6, set the stage for special operations forces as we know them today. 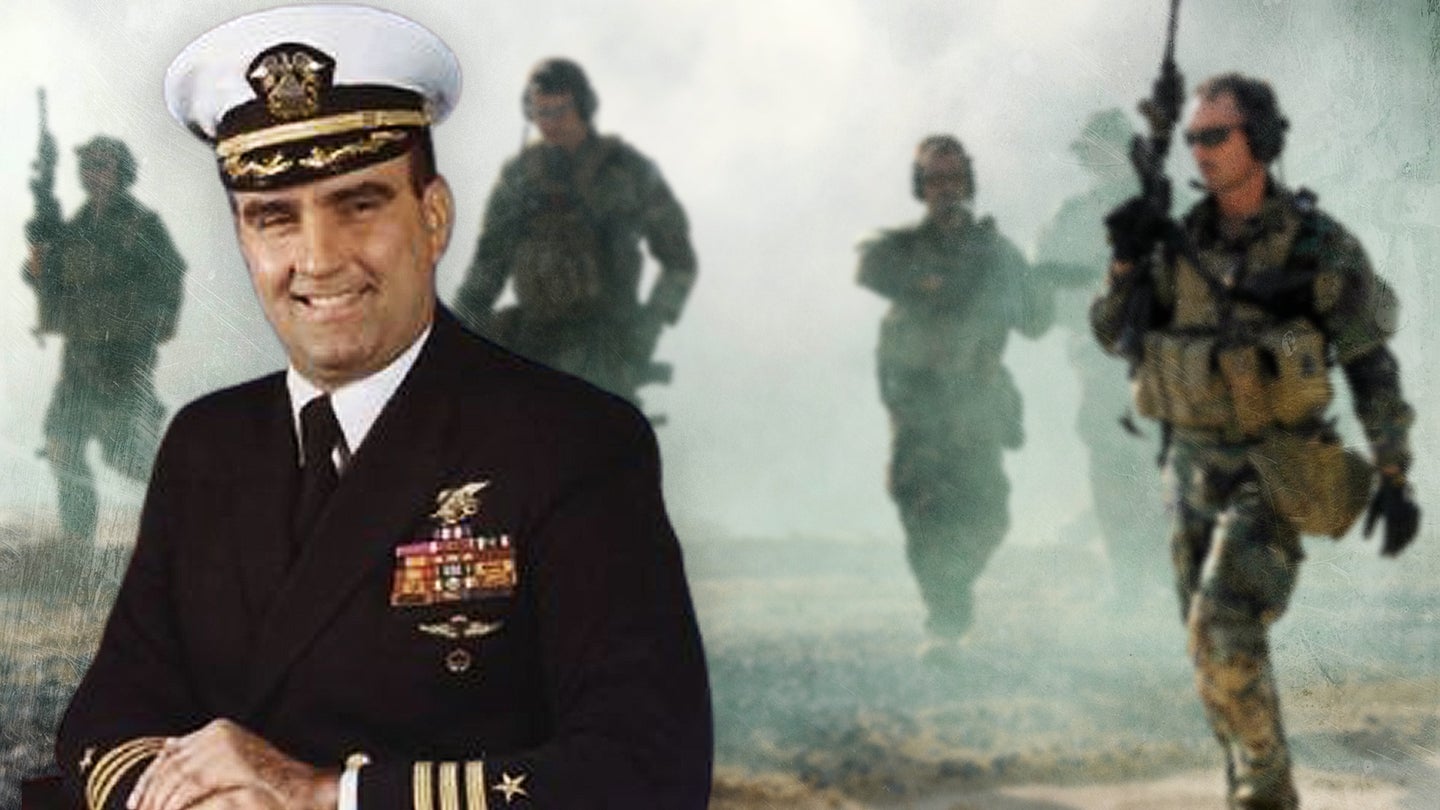 Richard Marcinko, the rough and tumble first commander of the Navy’s storied SEAL Team 6, passed away Saturday at his home in Virginia, the National Navy SEAL Museum announced on social media. He was 81 years old.

Already a highly decorated officer with more than a decade of service in the SEALs, in 1979 Marcinko was one of two Navy representatives on a Joint Chiefs of Staff task force assembled to help develop a rescue plan during the Iranian hostage crisis. The subsequent mission, Operation Eagle Claw, was disastrous, leaving 12 casualties and seven aircraft and helicopters destroyed or abandoned in Iran. It’s aftermath, however, would see Marcinko at the forefront of an emerging mission for America’s special operations personnel.

In 1980, Marcinko was selected by the Chief of Naval Operations, Adm. Thomas B. Hayward, to build a new SEAL unit dedicated to rapid response, hostage rescue, and counter-terrorism operations.

While special operations have grown immensely in the decades since, at the time it was an underutilized and undermanned aspect of the military.

The now iconic name – SEAL Team 6 – started as a bit of Cold War-era deception. At the time, there were only two active SEAL Teams. Marcinko designated his new unit “six,” hoping that the Soviet Union and other nations would greatly overestimate the size of the Navy’s special operations community.

Marcinko led the unit from 1980-1983, hand picking new members from across the Navy’s existing SEAL Teams and Underwater Demolition Teams. As commander, Marcinko helped establish the aggressive, hard-charging culture of his new unit, and made little effort to conceal its maverick nature, openly flaunting rules and regulations. In his autobiography, “Rogue Warrior,” Marcinko wrote of the importance of drinking together and often as a fixture in building Team 6’s solidarity.

Marcinko’s personality and the nature of the unit weren’t for everyone. Adm. William McRaven, who would later go on to lead Special Operations Command and oversee SEAL Team 6 during its famous raid against Osama bin Laden’s compound in Abbottabad, Pakistan, was drummed out of the unit after disagreeing with Marcinko over what he perceived as a culture of recklessness.

Over the ensuing decades, SEAL Team 6, nowadays known as the Naval Special Warfare Development Group, or DEVGRU, would continue to live up to Marcinko’s rogue reputation, taking on some of the nation’s most dangerous and secretive missions. From Operation Anaconda, to the MV Maersk Alabama hijacking, to the aforementioned bin Laden raid, the unit’s exploits have been recounted again and again, and made the focus of dozens of movies and books.

Marcinko retired from the Navy as a commander in 1989, going on to become a best-selling author and motivational speaker and military consultant. His 1992 autobiography “Rogue Warrior,” sold millions of copies and are filled with countless exploits from a lifetime spent at the forefront of the special operations fight. Marcinko later used the “Rogue Warrior” brand for a series of eight bestselling novels, beginning with “Red Cell,” co-written with John Weisman.

Marcinko’s career was also not without its troubles. In 1990, he was convicted of defrauding the government over acquisition prices for hand grenades and sentenced to 21 months in prison, eventually serving 15.

Marcinko was born on Nov. 21, 1940, in the small, eastern Pennsylvania town of Lansford. Enlisting in the Navy in 1958, he would rise through the ranks and eventually make his way to a SEAL team in 1966.

In 1967, Marcinko deployed to Vietnam with SEAL Team 2, participating in a raid at Ilo Ilo Island which the Navy described as one of its most successful operations in the Mekong Delta. During a second deployment, which came during the Tet Offensive in 1968, Marcinko led his SEAL platoon in house-to-house fighting, later rescuing several American nurses and schoolteachers trapped in a nearby hospital. Marcinko would go on to be awarded four Bronze Stars, a Silver Star and a Vietnamese Cross for Gallantry, according to the National Navy SEAL Museum.

On Sunday, Marcinko’s son wrote on Twitter that, “his legacy will live forever. The man has died a true legend.”