It did not impact operations, the Royal Air Force said in a statement. 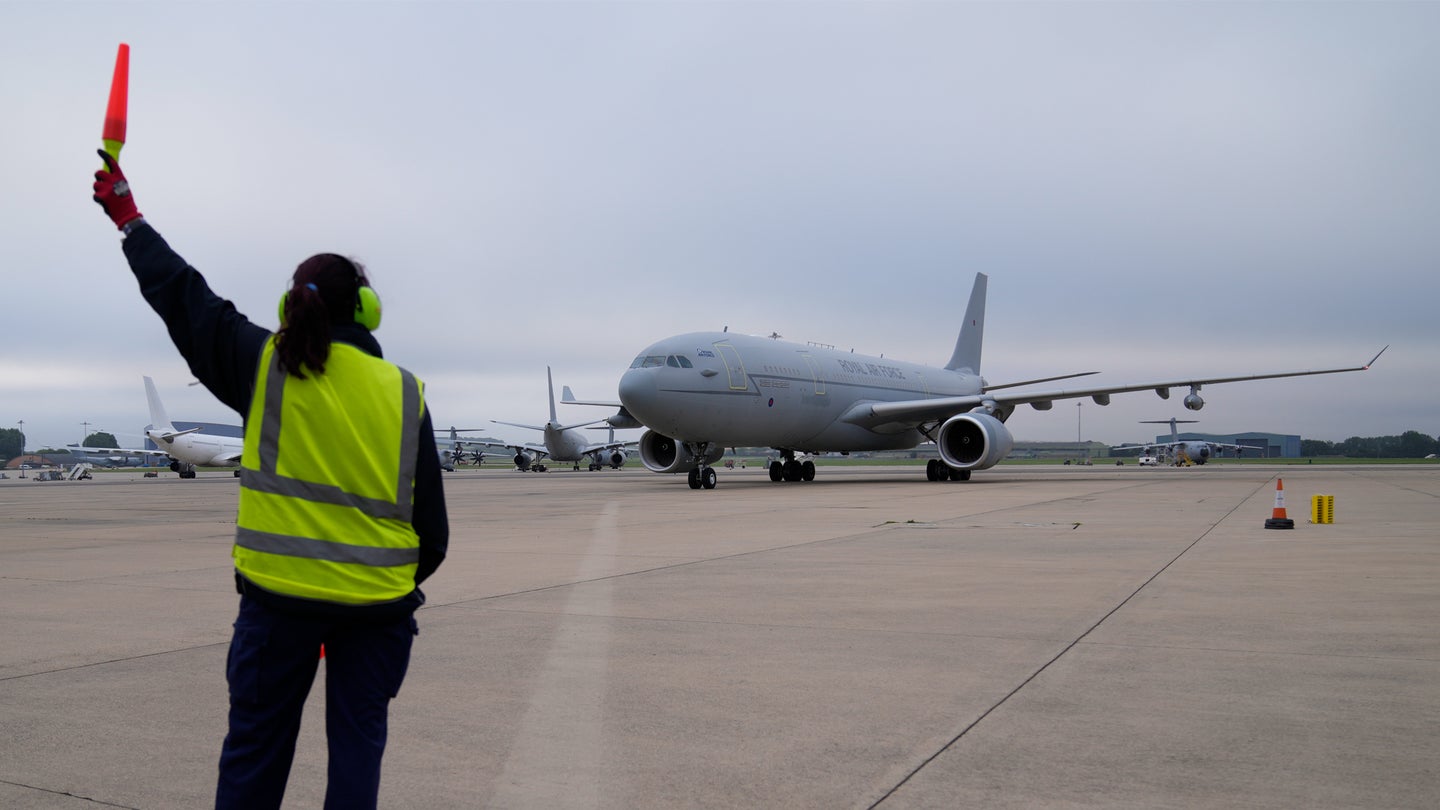 The British Royal Air Force had a slight change in plans on Monday after a runway at one of their biggest bases was made unsafe by extreme heat.

Deborah Haynes, the security and defense editor at Sky News, tweeted on Monday that a runway at the Brize Norton air base “has melted,” citing a military source. Haynes added that it’s unclear if the runway had actually physically melted; runways “can be deemed unsafe when the tarmac becomes sticky under the sun,” Haynes said.

A statement from the Royal Air Force shared by the Ministry of Defense confirmed that there had been some change of plans because of the heat, but no operations had been impacted.

“During this period of extreme temperature flight safety remains the RAF’s top priority, so aircraft are using alternative airfields in line with a long-established plan,” the statement said. “This means there is no impact on RAF operations.”

Located in Oxfordshire, Brize Norton is the Royal Air Force’s largest base, home to the service’s Strategic and Tactical Air Transport and Air-to-Air Refueling Forces. Britain was expected to reach record-breaking temperatures on Monday of 40 degrees Celsius, or 104 degrees Fahrenheit, according to Reuters. But the Royal Air Force is far from the first military to face challenges from increasingly high temperatures, or extreme weather events.

Extreme weather has cost the U.S. military billions in damages after hurricanes and floodwaters have destroyed buildings on military bases, flooded runways, and downed aircraft. And yes, extreme heat can have a melting effect on tarmacs, as was reported by The Atlantic in 2012 when a flight at Reagan National Airport was delayed for three hours “because the tarmac had softened from the heat, and the plane had created — and then sunk into — a groove from which it couldn’t, at first, be removed.”

And it’s not just military equipment that could suffer in extreme heat, but the troops operating it. Over a 10-year period between 2008 and 2018, there was a 60% increase in cases of heat stroke or heat exhaustion. All of these factors, in addition to the increased frequency of wildfires that are putting a strain on service members — the National Guard, in particular — and drought and thawing permafrost have contributed to the Pentagon identifying climate change as a security priority.

The Royal Air Force has said it is attempting to reduce carbon emissions to net zero by 2040 by following various initiatives such as using sustainable and synthetic fuels, developing electric aircraft, and ensuring infrastructure is “modern, well insulated and maintained.”

“We are dependent on the ecosystem to succeed but the world is gradually becoming more damaged by human activity,” a RAF webpage says. “We need to use our power to maintain the environment, improve its condition, and enhance the ecosystem before it is too late.”