The Space Force may not have dress uniforms, but it’s got a football uniform

At least that’s one uniform taken care of. 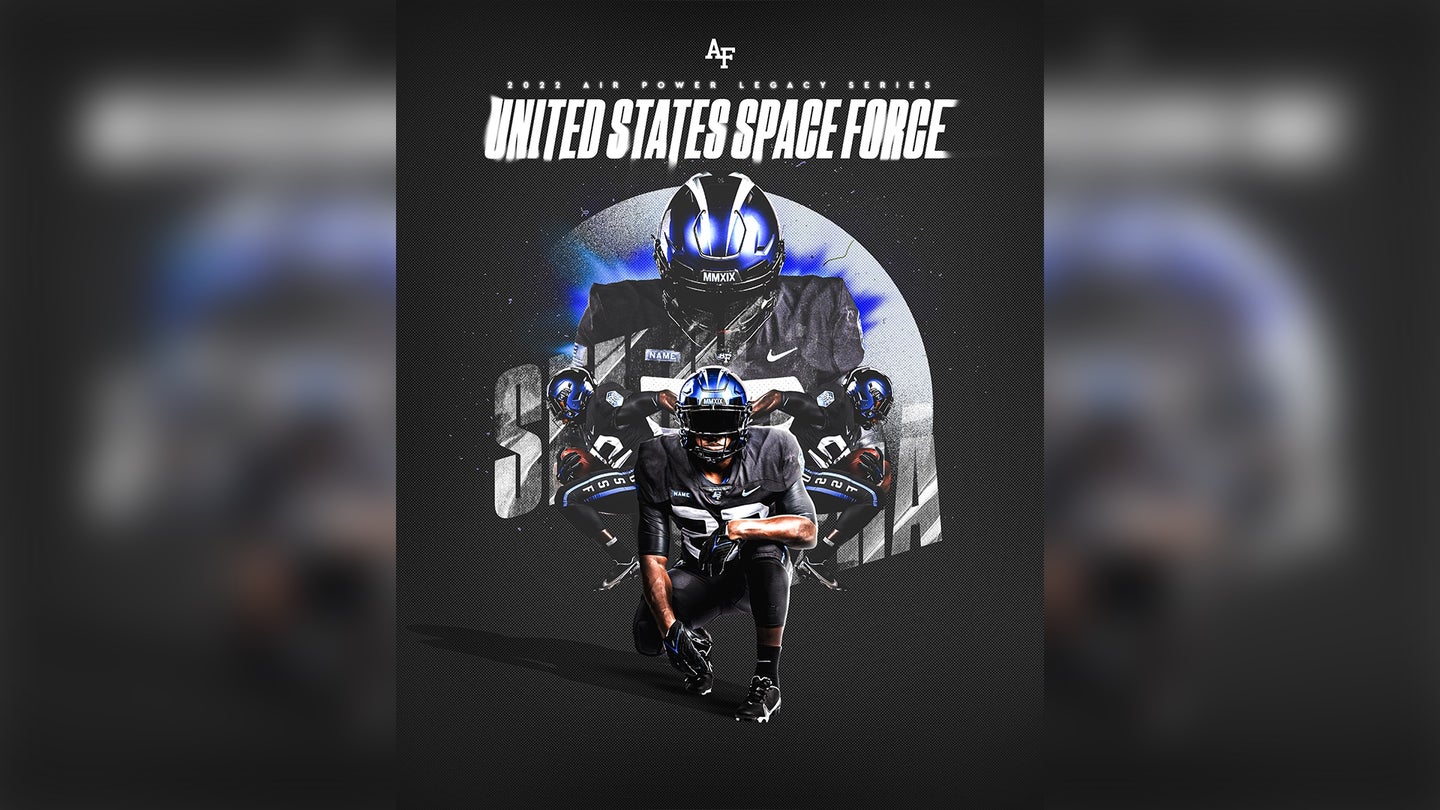 When it comes to U.S. military service branches, the Space Force is widely considered the runt of the litter. In terms of iconography, the branch hasn’t always helped itself with that problem, from a flag that looks a lot like the Star Trek Starfleet logo, to a swearing-in ceremony complete with Star Wars Stormtrooper reenactors, to its ongoing struggles with perfecting the seemingly terrestrial-bound technology of pants.

The newest branch in the armed forces may not have settled on all of its garb just yet, but it does have some fresh gear that’s ready to wear: football uniforms that the Air Force Academy team will wear for some games during the upcoming season. So, while there are still no service dress uniforms, the Space Force will still be looking pretty sleek in its gridiron gear.

The jerseys are black – which, much like the branch’s birthday cake, is a fitting representation of the cold, bleak vastness of space – along with silver, white and blue trim. They’ll make their debut on the field October 1, when the Air Force Academy team plays Navy.

The service academy football teams often use their football jerseys as an opportunity to pay homage to various elements of their respective branch histories, like the Navy’s F/A-18 Super Hornet-themed uniforms, the Army’s 82nd Airborne Division garb, or the Air Force’s Tuskegee Airmen jerseys.

The Army has in recent years begun returning to its historical roots, returning to its World War 2-era “pink and greens” service dress uniform. And perhaps the most iconic of all U.S. military uniforms, the Marine Corps dress blues, draws upon the entire history of the Marine Corps for its striking and distinctive style. Indeed, a pair of dress blues that’s almost a century old will, surprisingly, look essentially the same as its modern sartorial descendant.

Currently, the Space Force is testing out several prototypes for its service dress uniform.

“So that is next where they roll out … about 30 different sizes for males and females. And we’ll have people come in and try them on and see how are they fitting,” Catherine Lovelady, change management team lead for the uniform told Air Force Magazine last week. “And they might have to do some pattern adjustments to it after that.”

If it takes some time to develop a unique and iconic look for those Space Force duds — one that doesn’t look like you’re about to brief Darth Vader of Death Star construction updates—  so be it. It’s not like space is going anywhere anytime soon.