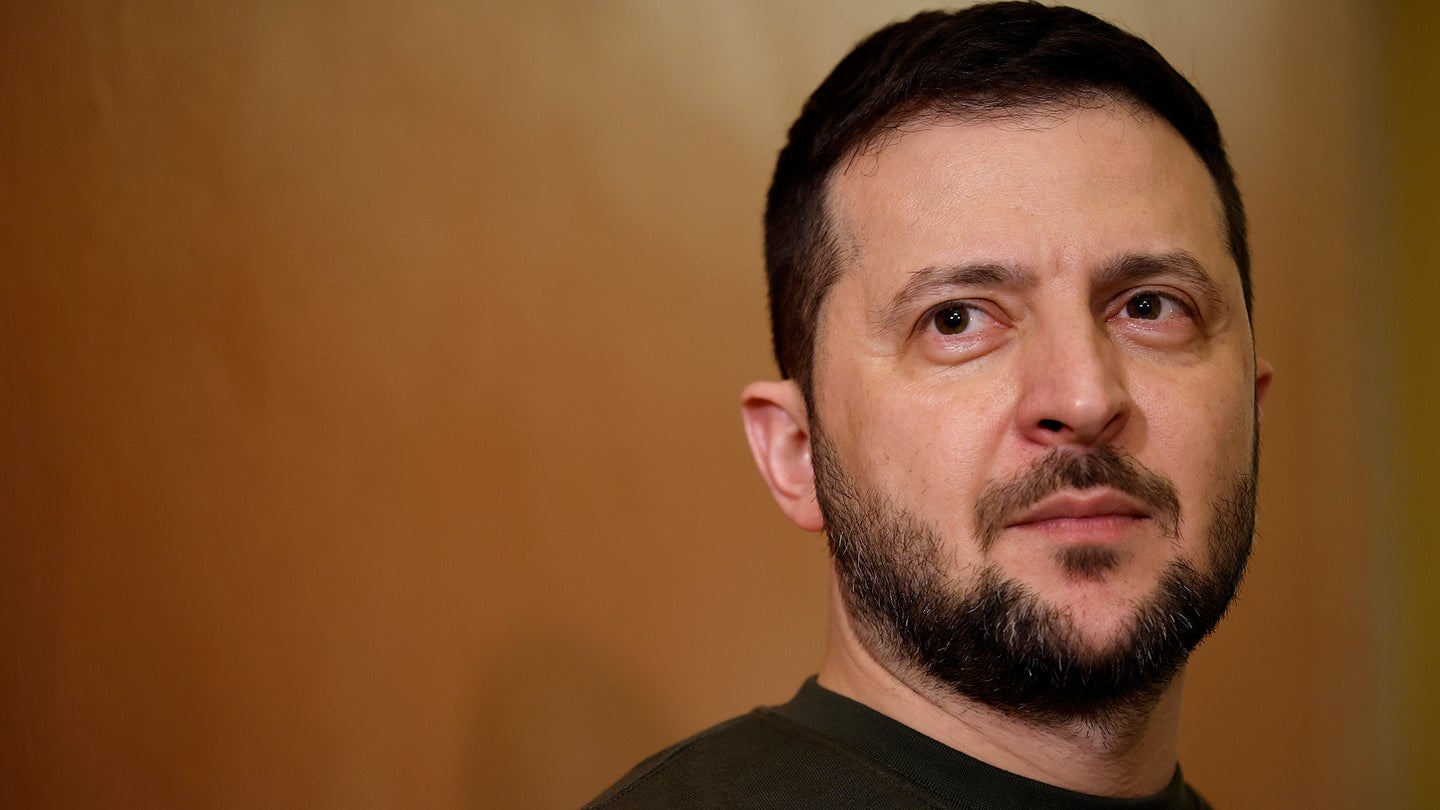 Ukrainian President Volodymyr Zelensky has dismissed Russia’s alleged 36-hour cease-fire during Orthodox Christmas as a ruse, and he gave the Russian people a blunt message that their troops should leave his country.

“Let them take the toilet bowls – they’ll need them on the road – and go back home. Behind our border of 1991,” Zelensky said in a speech Thursday that included a direct address to the Russians.

To make sure that Zelensky’s comments had been translated properly into English, Task & Purpose consulted with Russian speakers including Natalia Antonova, a journalist and open-source intelligence expert, who confirmed that Zelensky had indeed told Russian troops in Ukraine to take toilet bowls with them and hit the road.

This begs the question: Why are the Russians stealing Ukrainian toilets?

It turns out that about 20% of Russians do not have indoor bathrooms, so they use outhouses, explained Olga Lautman, an expert on Russia and Ukraine who works with the Center for European Policy Analysis in Washington, D.C., and The Institute for European Integrity in Brussels, Belgium.

“In rural Russia, almost two-thirds have no access to indoor toilets, 48.1% of whom use outhouses and 18.4% do not have a sewage system,” The Moscow Times reported in 2019.

Lautman tweeted in August 2020 about a Russian nurse from Kaliningrad who was placed in isolation for two weeks, during which she had to use a commode chair and did not have access to a shower.

Of course, toilet bowls by themselves are not very useful unless they can be connected to a working sewage or septic system, but looting has its own logic.

Author Antony Beevor wrote in his book The Fall of Berlin 1945 how Soviet troops would often discard and trample loot shortly after taking them from German homes.  Both enlisted Red Army soldiers and officers mailed home items that they stole from the Germans, including panes of glass, nails, and other things needed to repair their houses.

Beevor recalled one incident in which a soldier showed up to a Red Army post office with a looted saw rolled into a circle with his address written on the blade in pencil.

“’You could at least have wrapped it in something,’ a soldier in the post department told him,” Beevor wrote.

During the current conflict in Ukraine, Russian troops have been accused of stealing Ukrainian washing machines as well as animals from the Kerson Zoo, including seven raccoons, two female wolves, peacocks, a llama and a donkey, the Washington Post has reported.

Zelensky’s comments about Russian troops stealing toilet bowls come amid Russia’s announcement of a unilateral case fire, which reportedly has not stopped fighting between the two countries.

Arguing that the alleged ceasefire was simply a ruse to allow Russia to resupply its forces, Zelensky said Ukraine’s peace proposals to Russia have fallen on deaf ears so far.

“The war will be over when your soldiers either leave or we drive them out,” Zelensky told the Russians.