White House on Ukraine and Syria: If you don’t trust us, then f–k you 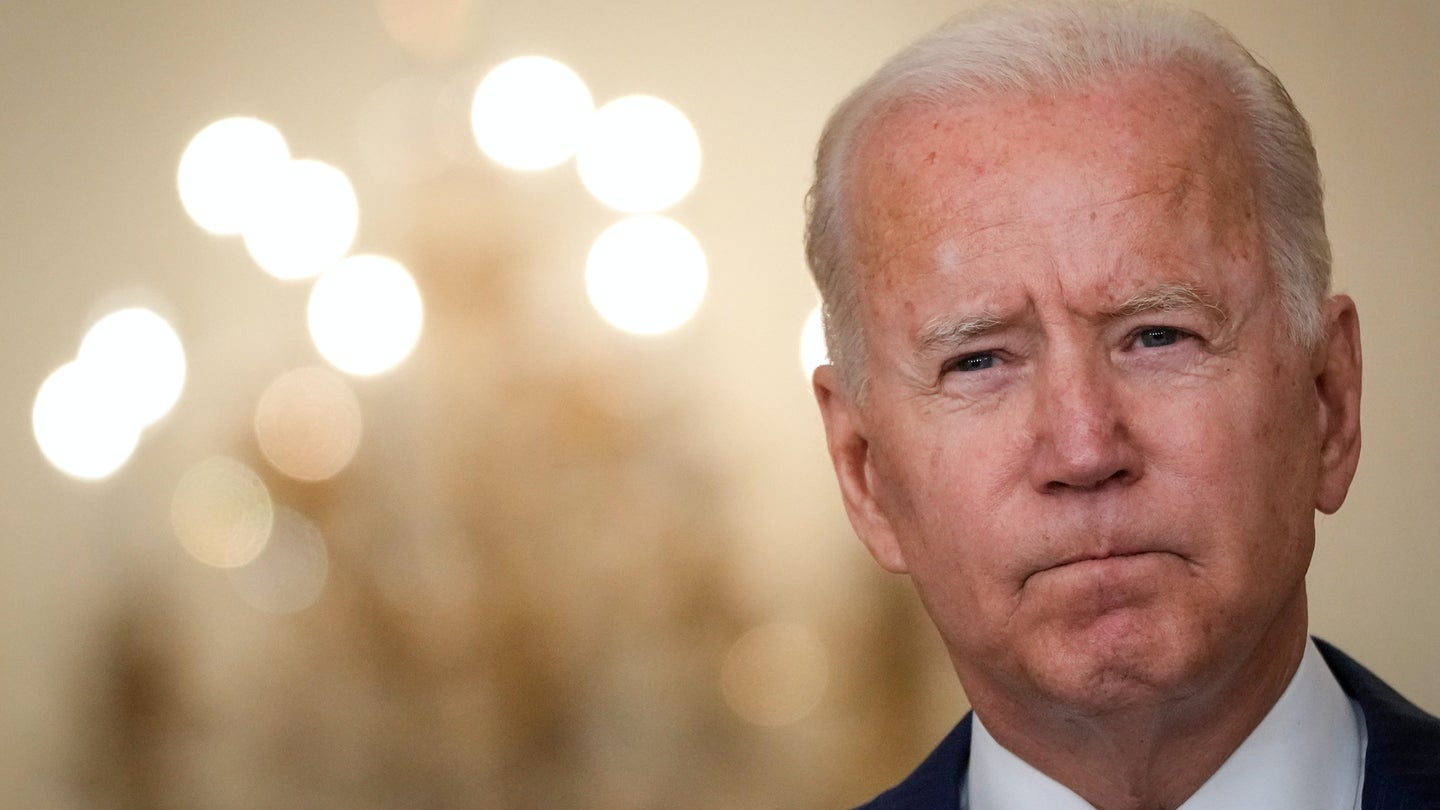 WASHINGTON, DC - AUGUST 26: U.S. President Joe Biden speaks about the situation in Afghanistan in the East Room of the White House on August 26, 2021 in Washington, DC. At least 12 American service members were killed on Thursday by suicide bomb attacks near the Hamid Karzai International Airport in Kabul, Afghanistan. (Photo by Drew Angerer/Getty Images).
SHARE

If it’s starting to feel like March 2003, that’s because President Joe Biden’s administration is definitely taking an “either you are with us or with the terrorists” vibe.

Top White House and State Department officials tried to shut down reporters’ questions on Thursday about the veracity of Biden administration claims on Russia and Syria.

To wit: U.S. officials claim that Abu Ibrahim al-Hashimi al-Qurayshi killed himself, his wife, and two children when he detonated an explosive device during a special operations forces raid in Syria. The Pentagon is further claiming that all the civilians killed during the raid died as a result of actions taken by Al-Qurayshi and one of his deputies, who fought U.S. troops along with his wife.

Separately, Pentagon spokesman John Kirby told reporters Thursday that the U.S. government has information that Russia may launch a false flag attack and blame it on the Ukrainian military or intelligence forces.

“As part of this fake attack, we believe that Russia would produce a very graphic propaganda video which would include corpses and actors that would be depicting mourners and images of destroyed locations as well as military equipment at the hands of Ukraine or the West – even to the point where some of this equipment would be made to look like it was Western-supplied into Ukraine equipment,” Kirby said during a Pentagon news briefing.

Yet no one from the Biden administration has presented evidence to back up any of its statements absolving the U.S. military of all blame for the civilian casualties in Syria or its accusation that Russia could create a glorified snuff film as a pretext to invade Ukraine.

In fact, administration officials became hostile when reporters pressed them to provide at least some proof to back up their claims. Associated Press reporter Matthew Lee offered a master class in dogged questioning when he refused to accept State Department spokesman Ned Price’s assertion that the Biden administration’s public statements alleging the Russians plan to make a false flag video constitute evidence.

“If you doubt the credibility of the U.S. government, of the British government, of other governments and want to find solace in information that the Russians are putting out, that is for you to do,” Price told Lee during Thursday’s State Department news briefing.

White House spokeswoman Jen Psaki tried to dismiss a question on Thursday when a reporter asked if the administration would provide evidence that Al-Qurayshi had set off the deadly explosion during the Syria raid that killed civilians, noting that some people may be skeptical of that assertion.

“Skeptical of the U.S. military’s assessment when they went and took out an ISIS terror – the leader of ISIS?” Psaki shot back while briefing reporters on Air Force One.

Psaki then asked if the reporter was asking if ISIS was putting out accurate information while the U.S. military was not.

“Well, not ISIS, but, I mean, the U.S. has not always been straightforward about what happens with civilians,” the reporter countered.  “And, I mean, that is a fact.”

That’s very true. Remember when Army Gen. Mark Milley, chairman of the Joint Chiefs of Staff, initially described an Aug. 29 drone strike in Kabul as a “righteous strike”? It wasn’t. In fact, 10 civilians were killed, including seven children, in what the military later admitted was a mistake. It was one of the last tragedies of a war that had no shortage of terrible tragedies.

What made the Kabul strike so unique was the sheer amount of media attention it received. Both the military and CIA have carried out countless other airstrikes over the past 20 years with little or no mention whatsoever. The total number of civilians who have been killed is unknowable.

The New York Times revealed in November that a 2018 airstrike in Syria may have killed dozens of innocents, yet military officials stymied every effort to investigate the incident and showed that the American public can’t simply take the Defense Department’s word for it when it says it is doing everything possible to avoid civilian casualties. Especially since the unit that ordered the strike determined it had done nothing wrong.

Let’s also not forget that this country went to war in Iraq on little more than a wink and a nod that President George W. Bush’s administration had more evidence about Saddam Hussein’s weapons of mass destruction than it could reveal publicly. In retrospect, it was probably a bad idea to trust information about Saddam’s supposed WMD’s stockpile that came from a source codenamed “Curveball.”

The Biden administration can spare the pearl clutching and the gnashing of teeth. These are the same people who assured the American public that the Afghan security forces had 300,000 troops and police who were ready to fight, ignoring that the ranks of Afghan security forces had long been artificially inflated by “ghost soldiers” who never existed. Kabul fell even before the last U.S. troops had left Afghanistan, and the world watched in horror as people fell from the sky.