Why the US should think twice about arming a Ukrainian insurgency

The U.S. needs to think long and hard before plunging into what would be a long, bloody proxy war against Moscow. 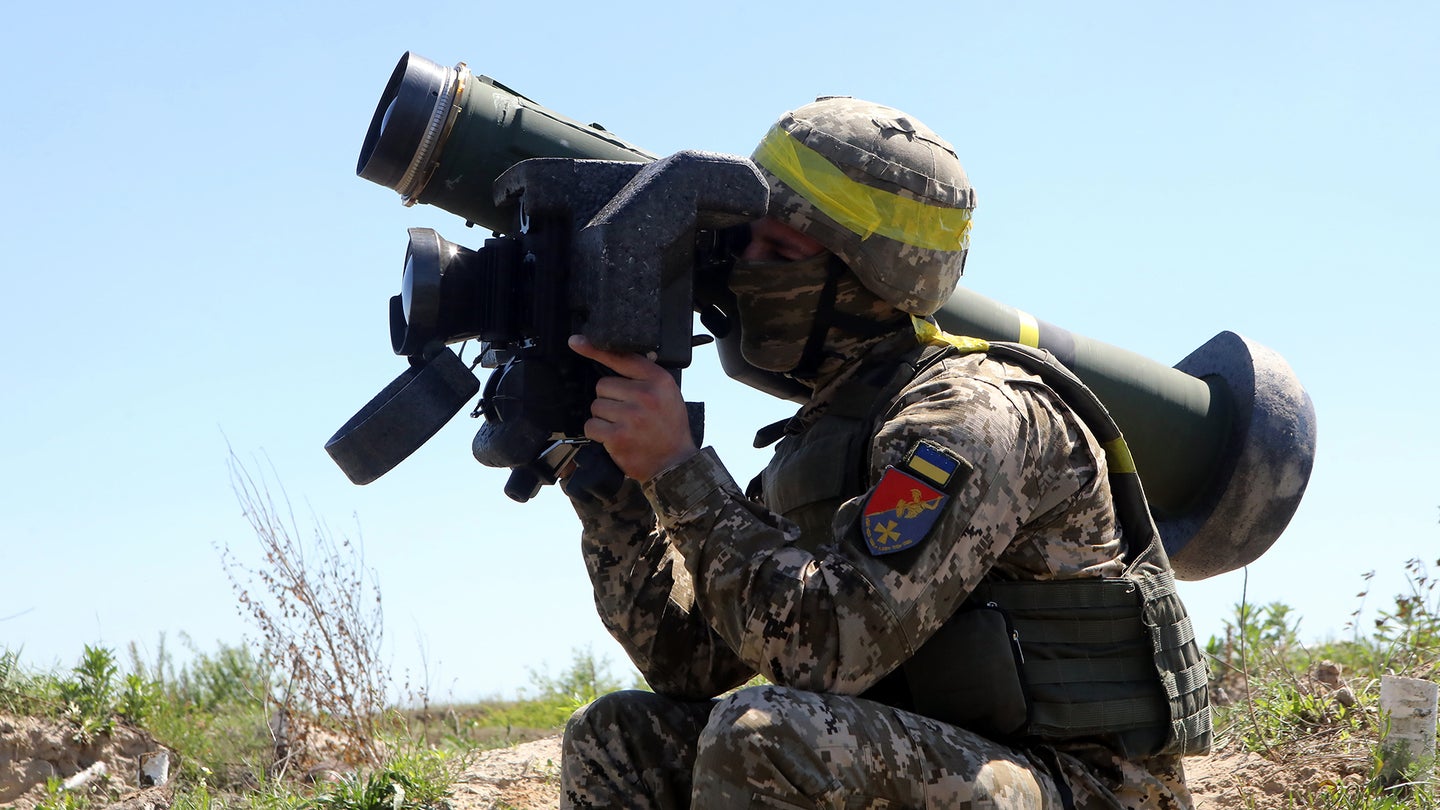 Anti-tank missile system FGM-148 Javelin is seen during the tactical battalion exercises of a separate mechanized brigade of the North operational command of the Land Forces of the Armed Forces of Ukraine at the general military range of the interspecies training center for military units and subdivisions, Rivne Region, western Ukraine on May 26, 2021. (Volodymyr Tarasov/Ukrinform/Future Publishing via Getty Images).
SHARE

Nearly two weeks into the war in Ukraine, the Russian military remains on the outskirts of the country’s major cities. Despite an impressive Ukrainian resistance, there is an acknowledgment in Washington that Ukraine is unlikely to hold out over the long term. The Biden administration is discussing options for a Ukrainian government-in-exile in the event President Volodymyr Zelensky is killed, captured, or forced to flee Kyiv. Washington is also debating whether to arm a budding Ukrainian insurgency against Russian occupation.

The Biden administration, however, needs to think long and hard before plunging into what would be a long, bloody proxy war against Moscow. An unemotional, clear-headed analysis of the costs and benefits is in order.

The benefits of supporting a Ukrainian insurgency are easy to acknowledge. For one, there is something righteous about helping the Ukrainians defend themselves against an aggressor. The U.S. and its NATO allies are already supporting Kyiv with significant shipments of weapons and ammunition. Around 17,000 anti-tank weapons have been delivered to Ukrainian forces in less than a week. Keeping those supplies going after a hypothetical Russian military victory would merely be a continuation of the current policy.

A U.S.-armed insurgency would tie the Russian military down in a long, highly costly stalemate. Russian troops would likely have difficulty sealing off Ukraine’s western border when the bulk of their forces are occupied with preserving order in a country of over 40 million people. Frustrating Russia’s objectives in Ukraine would force Russian President Vladimir Putin to devote ever more resources to the conflict, sapping Moscow’s military strength and draining an already limited Russian economy.

The costs of insurgent warfare, however, should not be overlooked.

First, there is an asymmetry of interests among the parties. The geopolitical alignment of Ukraine is, frankly put, far more important to Russia than it is to the U.S. and the West. Big powers don’t tolerate adversarial neighbors, and to the Kremlin, Ukraine drifting firmly into the Western orbit is a red line the Russians are prepared to prevent with all means at their disposal. Some have even referred to a pro-Western Ukraine as an existential security threat to Russia. Any country willing to sacrifice its own economy is willing to go to extraordinary lengths to preserve a favorable balance of power.

Second, insurgencies take a significant amount of time to work (if they work at all). Assuming Washington makes the decision to support an anti-Russia insurgency in Ukraine, it would have to sustain operations for years, if not decades. It took twenty years for the Taliban to succeed in their own insurgency and over 25 years for Sri Lanka to defeat the Tamil Tigers. With each passing year comes more death and destruction to Ukraine itself.

Third, insurgencies are extremely painful for the civilian population — and the longer they go on, the worse they are in terms of casualties and damage. The ten-year insurgency against Soviet forces in Afghanistan is often held up as a golden example of a successful insurgency. Yet this success came at a very high price to the Afghan people. Soviet forces, frustrated by the resistance, resorted to carpet bombing entire Afghan villages to frighten the population into submission. In one such bombing campaign in 1983, thousands of civilians were killed after fifty Soviet planes used airpower to level the western city of Herat. By the time the war was over, Afghanistan was a broken country with no prospects; half of its agricultural sector was destroyed, a third of the country’s villages were demolished, and at least a million Afghans were killed. Is the U.S. willing to run the same outcome in Ukraine as Russia escalates its use of force to even higher levels in response to the influx of U.S. weapons?

Fourth and finally, there is a significant risk of an insurgency in Ukraine pushing the war beyond Ukraine’s borders.

In order for the U.S. to supply Ukrainian fighters, Washington would have to use countries like Romania and Poland as staging areas. Without a safe haven in a neighboring country, an anti-Russia insurgency simply isn’t viable.

Russia, however, is likely to respond by interdicting those supply lines. This would hardly be novel in counterinsurgency warfare. During the Vietnam War, the U.S. bombed Vietcong safe-havens and transportation nodes in Cambodia and Laos to limit the number of men and equipment reaching the front. The U.S. repeatedly targeted Taliban fighters in next-door Pakistan, often through the use of armed drones. It would be dangerous and reckless to assume the Russian military wouldn’t conduct similar cross-border military operations to disrupt a Ukrainian insurgency. The only difference: disrupting those operations in Romania and Poland would risk a direct Russia-NATO conflict.

As Russia consolidates its position in Ukraine, bogging Russian forces into a taxing quagmire may seem like a low-cost option. But the enemy gets a vote. And there’s a good chance Russia will vote for more escalation, not less.

Daniel R. DePetris is a fellow at Defense Priorities and a foreign affairs columnist at Newsweek.