‘Hold on to something!’ — A moment that shifted the fate of the USS Samuel B. Roberts crew

“The explosion created a 20-foot hole along the bottom of the ship’s hull." 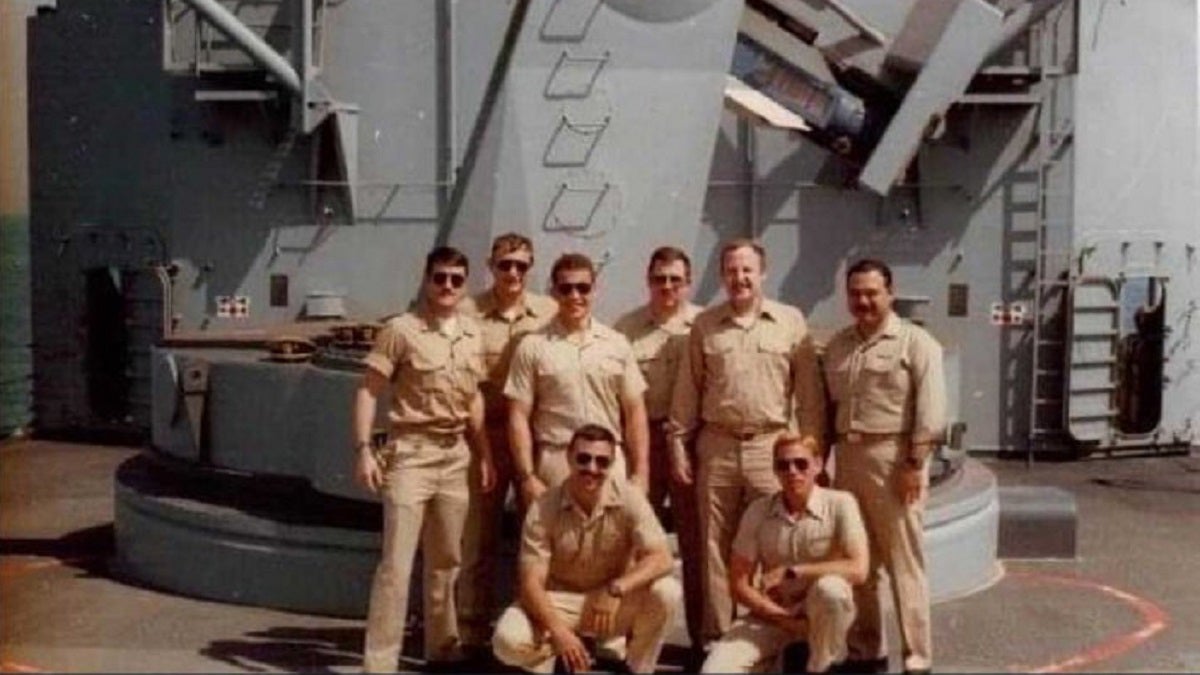 Alex Perez, far right, with his shipmates on the USS Samuel B. Roberts in 1988. (Photo courtesy of the author.).
SHARE

On April 14, 1988, the USS Samuel B. Roberts guided missile frigate had already escorted several oil tankers in and out of the Persian Gulf during the war between Iran and Iraq, but by late in the afternoon, the situation changed. At 4:39 p.m., I had just come off watch in CCS (central control station) and was sitting in the chief’s mess when I suddenly felt a rumbling and vibration coming from a propeller shaft. It was a good indication that main engines were slowing the ship down, and I could feel the ship coming to an abrupt stop.

Capt. Paul Rinn, the skipper of the Roberts, announced that the ship had entered a minefield. He called for general quarters—an order to head to our battle stations—and I, like everyone else, headed toward my GQ station. When I got to the main engine room, I secured the doors behind me and manned the auxiliary local operating panel—the LOP. The LOP could take control of the main engines in case CCS lost electrical signal to the engines.

As soon as the other crew members arrived—Petty Officer David J. Burbine, Fireman Apprentice Wayne Smith, and Petty Officer Larry Welch—I put on my headset and reported to CCS that the main engine room was manned and ready.

We got word from CCS that the skipper was going to try to back the ship out of the minefield. I could feel the ship move. CCS alerted everyone that they should come up from the lower levels of the ship and move to the upper spaces of the engine rooms. I figured the skipper worried that if the ship happened to hit a mine, it would hit the lower part of the hull.

“Hold on to something!” I yelled, as the ship continued to back out of the minefield.

I grasped the rail of the local console in front of me and braced for anything that might happen. After a minute or so, I felt and heard the eerie screeching sound of metal hitting metal coming from behind me near the bottom of the ship. I slowly looked toward the sound. I stared at the bulkhead behind me in anticipation of what was about to happen.

Just across from my station, an Iranian mine detonated, lifting and shaking the ship like a rag doll. The explosion created a 20-foot hole along the bottom of the ship’s hull under the Alpha main engine. I saw a ball of flame and felt a rush of hot air on my face and arms.

The blast threw me up against the console and then pushed me back between two enclosures where all the electronics for the engines were located. That small, cramped space provided a haven from the blast, preventing the fire from directly touching me. The bulkhead right behind me caught the blast and saved my life by preventing metal debris from directly hitting me. The sound of the explosion deafened my ears, and the blast knocked me unconscious.

As I came to, I could hear the rumbling of fire and smell burning oil around me. Then the engine room went dark as the flames burned themselves out. The battery-powered battle lanterns flickered on. I was drenched with oil, fuel, and seawater. My eyes stung, and my head pulsed with pain. I could not hear anything except a nonstop ringing in my head. I staggered toward the area where the others were supposed to be, but no one was there. They had already evacuated the engine room.

I guessed that I had been out for a few minutes, but I wanted to evaluate the situation while I was still there so I could make a report.

I could hear the rush of seawater into the lower level from the ruptured hull. Although I felt dizzy, I managed to reach the starboard side and stepped down the ladder toward the lower level of the engine room to investigate. I heard the water rushing into the ship, and I decided to try to activate the shaft seal, which, when inflated, would close off space around the shaft and between the engine room and the adjacent compartment space, preventing water from spreading.

As soon as I reached the area, an explosion of water rushed into the engine room space. The water lifted me like a cork, and I knocked my head against the metal grating of the upper-level deck. The water rose over the height of the upper deck and pushed me against the metal. There was no room for me to breathe. I held my breath, gulping in air every time I had a chance.

The water settled back down. I was able to gasp for air by pressing my lips between the metal gratings. The ship started to rock side to side, giving me time to catch breaths between the rolling waves of water.

Battle lanterns were on, but they were underwater, so they emitted a dim light. I waited patiently, hoping someone would come and inspect the damage to the engine room. After a few minutes—which felt like hours—I saw someone’s flashlight approaching my location.

It was one of the electricians. I startled him by yelling at him from underneath the grate where he walked. As he rushed off to get help, I thought to myself, Well, at least I have a chance now, and I haven’t heard “abandon ship” yet.

When help arrived, I asked for a wrench to remove the metal bolts holding down the deck plating, but it was impossible to maneuver the tools and try to steady myself in the water. The wrench slipped out of my oily hands, and it dropped straight into the dark water.

The engine room was hot, and thick smoke permeated the whole space.

Chief Petty Officer Robert Bent, the lead electrician and my best friend on board, happened upon a loose deck plate on the opposite side of the engine room. I looked past the jagged metal in front of me and decided I had to try to find my way around to the opening. Bent used a flashlight to shine a path to the opening, but the water was dark, and I could not see the light even a few inches in the oily seawater.

I held my breath and ducked my head into the dark water. I immediately struck my head on a jagged piece of metal just below the surface. I floated there for a moment and called myself an idiot, and then proceeded to try again.

This time, I held my hands in front of me. I kept running into dead ends. I had to emerge several times for air. I did not know how much time I had. I started to panic, thinking I was taking too much time away from saving or abandoning the ship.

After several attempts, I reached the loose plate, and my crewmates pulled me up from the water. They strapped me onto a stretcher.

I had spent almost three years with most of these shipmates, and we all trained and prepared for an event like this. Today was test day. Today, we would showcase our talents and devotion to our country. This was the moment. This was the time.

Burbine and Welch, along with Smith and I, were eventually transported by aircraft from Bahrain to Ramstein Air Base in Germany for medical care, then to the United States for further treatment. When I arrived, I was admitted to Bethesda Naval Hospital in Maryland. There I was placed in a body case. I had a concussion, third-degree burns, smoke inhalation, a blood clot in my lung, a lacerated left eye, and multiple fractures on my spine. After I was stable, I was transferred to Fort Sam Houston Spinal Center in Texas.

The other three members of the crew had already been admitted earlier in the week and were being treated for second- and third-degree burns in the burn ward. I began rehab to try to strengthen my back and legs. I was there for six weeks.

While we were there, hundreds of get well cards and letters from school kids, family, friends, old schoolmates, and other people were delivered to the hospital as everyone found out about the explosion in the Gulf.

Vice Adm. Joseph Donnell presented Burbine, Welch, Smith, and me with the Purple Heart for the injuries we sustained in the Persian Gulf on board our ship. It was an honor to receive the medal, but I appreciated even more that all four of us and others on board did not lose our lives during that explosion. The overwhelming courage of Capt. Rinn and the crew saved the ship—and demonstrated how well everyone worked together as a team.

Alex Perez lives in San Antonio, Texas. He has an art degree, as well as a four-year degree from the University of the Incarnate Word with a specialty in computer information systems. Perez worked as a network administrator at a local nonprofit nursing agency, as well as a network administrator at a local school district before retiring in 2000 for medical reasons. In April 1993, he medically retired from the Navy as a master chief gas turbine specialist (E-9). This piece is part of a 5,000-word manuscript Perez is writing.