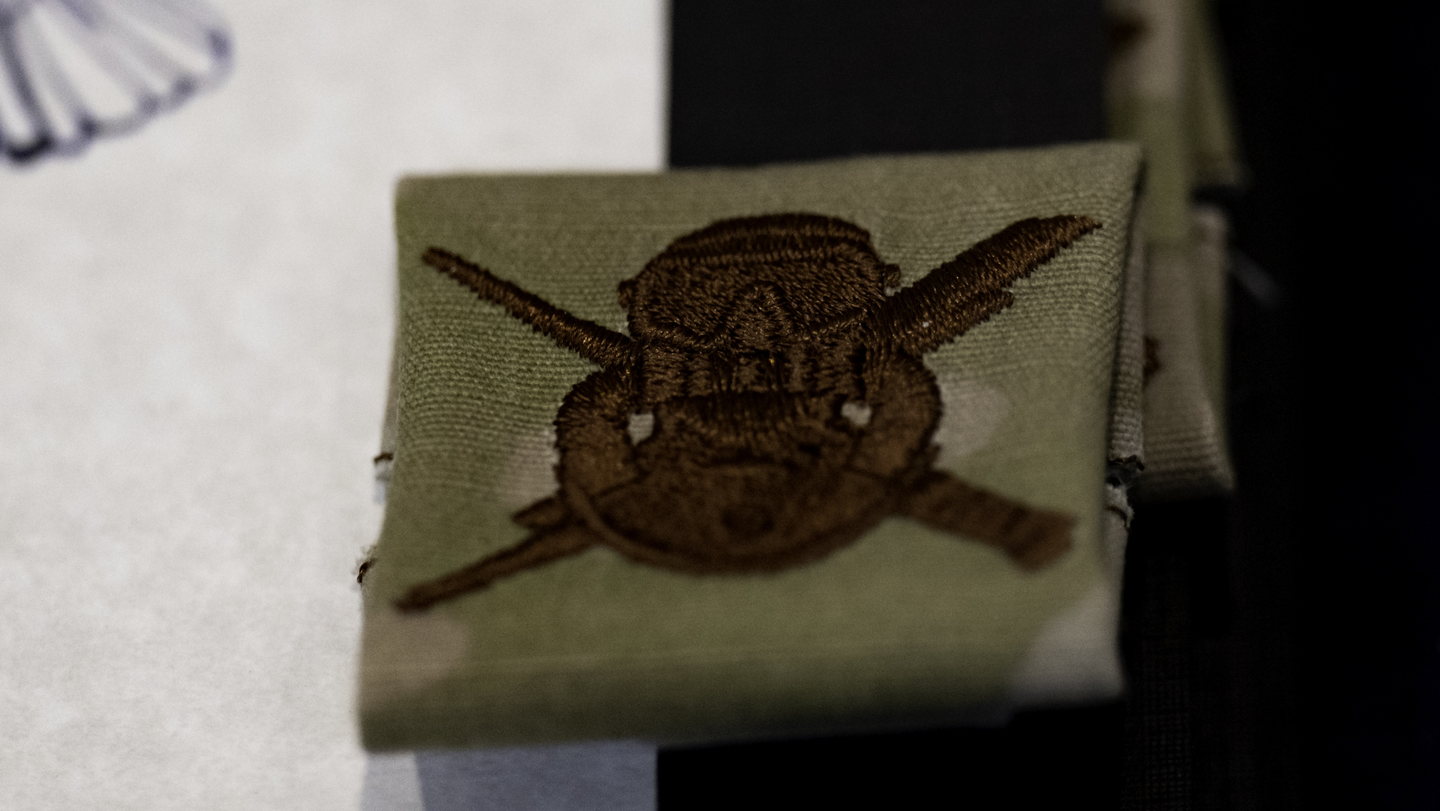 This past week, airmen who completed the six-week-long Air Force Combat Dive Course were given Air Force-specific badges for their work. Even though the course has been running for more than a decade, it’s taken until this year for the Air Force to give graduates one unique to the service.

On Oct. 20, the latest class of graduates were the first group to earn the new badge. The design puts a diver wearing goggles and a scuba mask in front of a crossed lightning bolt and sword. Air Force Combat Dive Supervisors have a specialized version of the badge, with a wreathed star adorning the design.

“The new badge is symbolic of what Air Force combat divers must be ready to execute in the operational environment, namely underwater tactical diving for insertion, extraction, and maritime rescue and recovery operations,” said Maj. Jordan Nichols, Detachment One commander with the 350th Special Warfare Training Squadron, and the person in charge of the dive course.

Prior to the new badges, airmen who completed the course were awarded Navy scuba badges, as the service had not made its own (the Marine Corps and Army have their own).

The first cloth badges have been distributed, but the Air Force is also working on metal pins with the same design. Those are expected to be distributed to course graduates by the end of the year.

“Air Force combat divers are essential to both combat and austere rescue situations,” Maj. Gen. Charles Corcoran, Deputy Chief of Staff for Operations, said in a statement on the new badges before they were given out. “Having our own service-specific qualification badge accurately represents our unique capability to augment missions with any sister service component, and most importantly, highlights our member’s heroic actions to conduct rescue and retrieval operations to ensure no one gets left behind.”

The difference comes down to the type of mission, according to Senior Master Sgt. Christopher Uriarte, manager of the Air Force Command Dive Program. While Navy divers train for salvage and submarine-related diving, the Air Force’s divers are focused on combat-related matters such as combat insertion as well as rescue operations. The Air Force Combat Dive Course is required for the service’s various special operations groups such as pararescue, Air Force Combat Controllers and other units; it took the Air Force years to develop its own badge for completing the training. According to the Air Force, this kind of training will be essential as the U.S. military looks toward potential future conflicts.

“As we look toward strategic competition in the U.S. Indo-Pacific Command area of responsibility, the [Air Force] combat diver role becomes magnified because huge swaths of that domain are covered with water,” Nichols added.