The first-ever court-martial of an Air Force general would have required an exceptionally small pool of potential jurors. 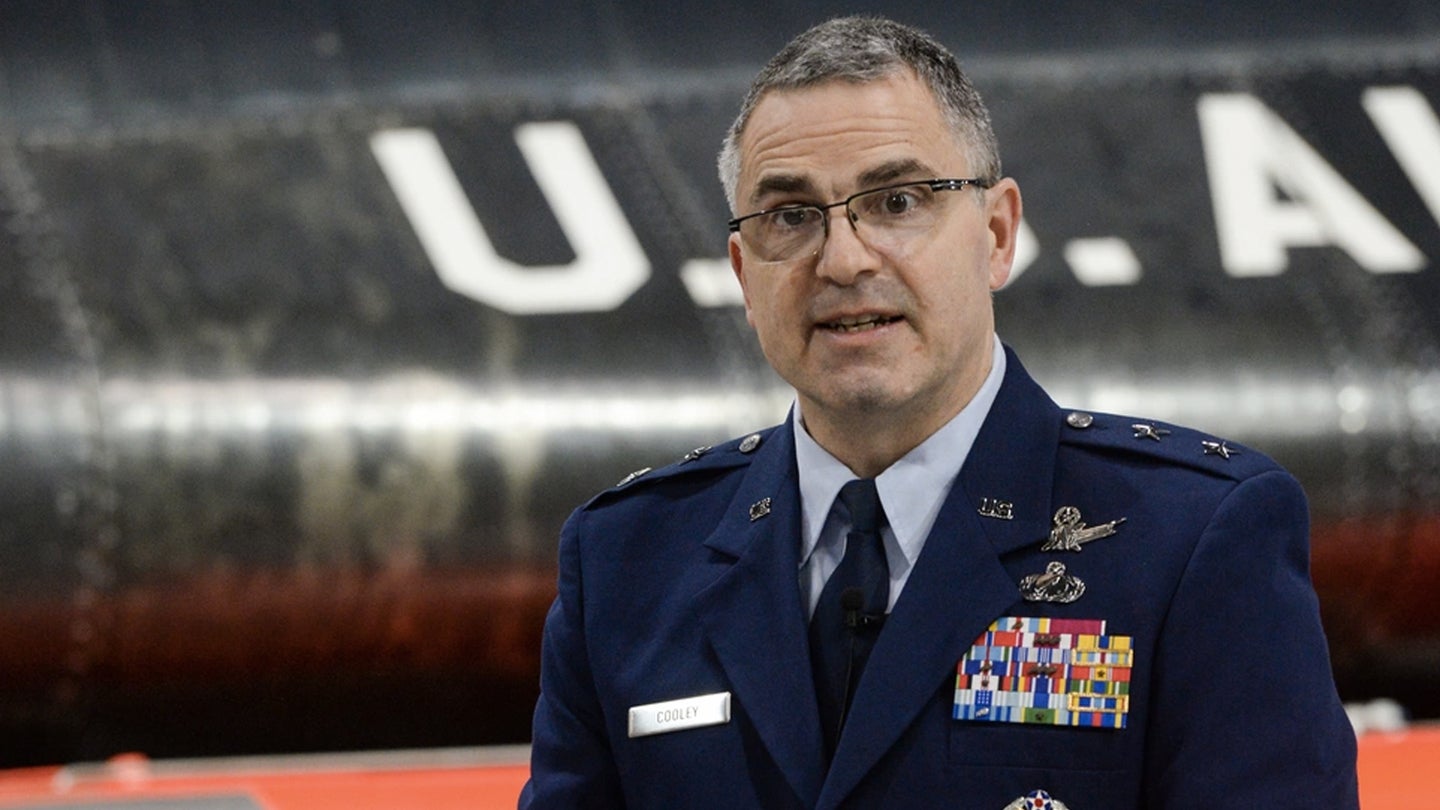 The court-martial for a two-star Air Force general accused of sexual assault began on Monday. However, the historic trial will not have a jury, the Air Force confirmed to Task & Purpose.

“Trial by military judge alone was requested and approved,” by the defense team for Maj. Gen. William Cooley, according to Air Force Materiel Command public affairs.

Air Force Maj. Gen. William Cooley was chief of the Air Force Research Laboratory in August 2018, when he was first accused of making unwanted sexual advances by kissing and touching a female civilian. He is charged with three counts of sexual assault under the Uniform Code of Military Justice. Cooley reportedly kissed a woman on her mouth and tongue without her consent.

Cooley is the first Air Force general officer to face a court-martial, in the branch’s history.

He was relieved in January 2020, more than a year after the alleged incident occurred, and reassigned as a special assistant to Gen. Arnold W. Bunch, Jr., chief of Air Force Materiel Command.

As the first general officer to face discipline for such an offense, Cooley’s court-martial is itself notable. It’s not often that people of Cooley’s rank face official discipline for misconduct.

As retired Air Force Lt. Colonel Rachel Van Landingham, a former judge advocate who now teaches at Southwestern University, told Task & Purpose in 2020, “Many of them have integrity, but that track record doesn’t speak well on their behalf. It speaks of the euphemism ‘different spanks for different ranks.’”

A jury trial would have required eight of the Air Force’s 32 three-star generals to convene. And in the small community of Air Force generals, the chance that someone would be unfamiliar with or unbiased with regards to Cooley is exceptionally small. As Don Christenson, a retired Air Force colonel, and victim’s advocate, told Task & Purpose in 2020, there are probably few who had never met Cooley or been the convening authority for a sexual misconduct case.

Cooley’s court-martial was supposed to begin in January, but was delayed until now “in part, due to COVID-19 concerns among the trial participants,” Air Force Material Command previously announced.