"We have more Americans that want to do it than we can accommodate." 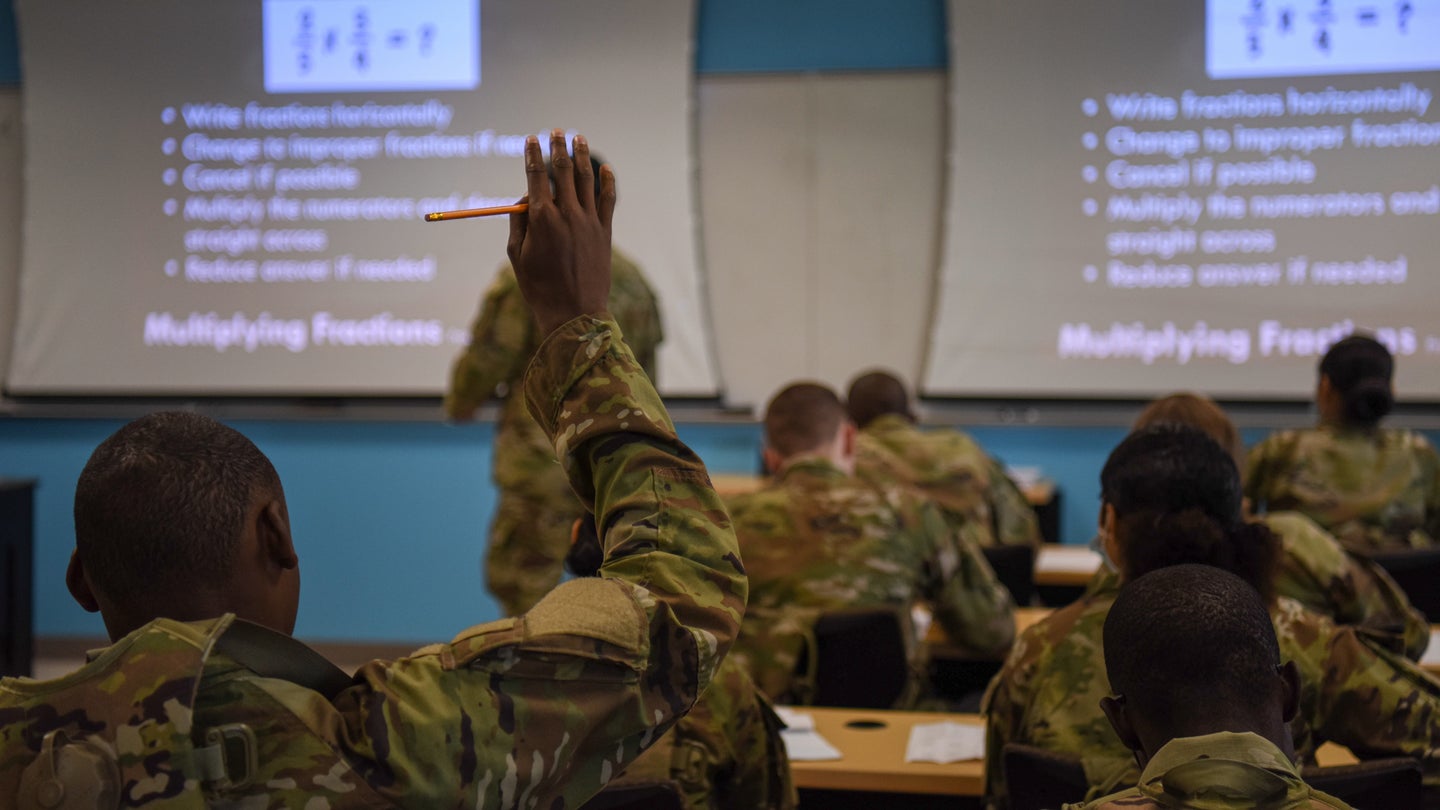 The U.S. Army’s top civilian official said that a program launched this year to help potential recruits meet academic and physical standards has been successful and now the service wants to expand it.

Secretary of the Army Christine Wormuth said that interest has been high for the Army’s Future Soldier Preparatory Course. So far a little more than 1,000 “students” — the term being used instead of trainees — have entered into the program, where they have up to 90 days to meet requirements to properly enlist. Army Times first reported on Wormuth’s comments, which were made at the same Center for New American Security interview as her discussion on how to boost the Army’s image with Generation Z.

“We’ve had really good success in the early part of the program,” Wormuth said, per Army Times. “We’re going to expand the program to other locations. We have more Americans that want to do it than we can accommodate.”

Last month, Wormuth had discussed the possibility of bringing it to different locations, but was not definitive on it. Army Times reported that it could expand at its current site, Fort Jackson, South Carolina, and it could be brought to Fort Benning, Georgia next.

Wormuth said that there has been a high success rate so far, with 83-85 percent of students in the physical track lowering their body fat percentage, while 93 percent of students working on the academic track are hitting test scores that will allow them to enlist.

The program features two courses, one focused more on the physical fitness element and the other on the academic side. Students have 90 days to meet requirements, although they can and have finished in shorter time periods. Students are under 09M delayed training contracts as part of the program, and if they fail they have to wait six months to try again.

The Army launched the Future Soldier Preparatory Course in August as it was facing issues in meeting its recruitment goal. The Army isn’t alone in recruitment trouble, due to wider concerns about harassment, suicide and poor conditions in the military. However in October the Army fell short of its stated goals for the fiscal year by 15,000 soldiers, bringing in only 45,000 new recruits. Prior to that deadline, Wormuth and Army Chief of Staff Gen. James McConville wrote in a memo that the issues were “an Army problem.”

The Pentagon found that more than three-quarters of young Americans also did not meet the standards to enlist, due to a mix of weight issues and substance abuse. The Army’s idea behind the course was to help get a pool of interested Americans meet both test score requirements and fitness standards. It’s not clear how many more students could participate when the Future Soldier Preparatory Course is expanded.