COVID-19 had an ‘appalling’ impact on American students’ test scores. That’s bad news for the military

"Two years of homeschooling for some just didn’t work.” 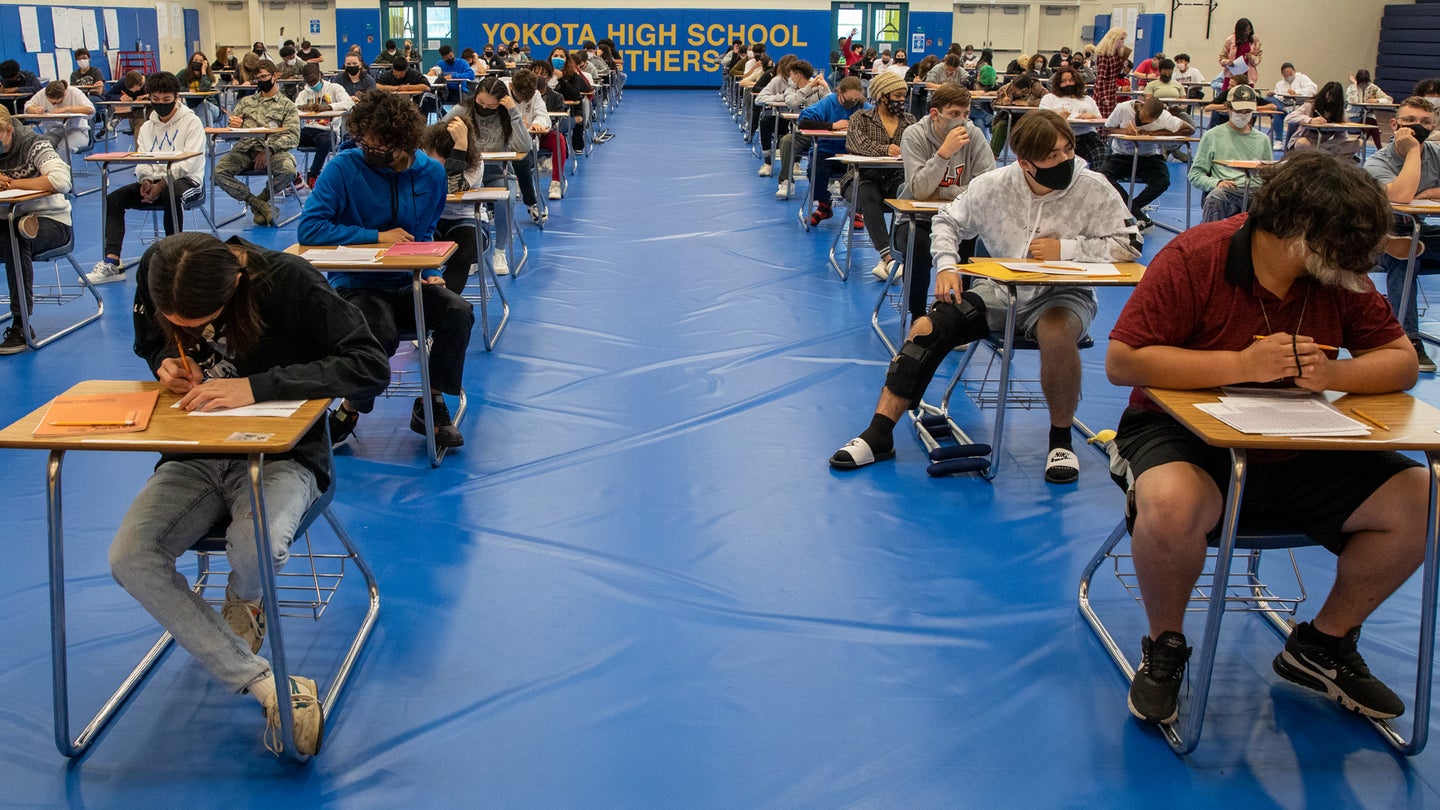 Two years of virtual learning and adjusting around the novel coronavirus (COVID-19) pandemic has resulted in plummeting test scores for American students, confirming the fears many military leaders have voiced when it comes to how the pandemic has impacted recruitment.

A new report from the New York Times says the National Assessment of Educational Progress, known colloquially as the “nation’s report card,” found steep declines in students’ math and reading test scores. The scores released on Monday show the “steepest declines ever recorded” on the assessment, according to the Times.

“I want to be very clear: The results in today’s nation’s report card are appalling and unacceptable,” said Education Secretary Miguel Cardona according to the New York Times. “This is a moment of truth for education. How we respond to this will determine not only our recovery but our nation’s standing in the world.”

Success in educational testing is a big part of military recruitment. The military gives potential recruits the Armed Services Vocational Aptitude Battery (ASVAB) test, which assesses if someone is eligible for military service, and helps determine which military jobs they’re qualified for. The ASVAB includes multiple tests which fall into four categories of math, verbal, science and technical, and spatial. Scores from four of those tests make up a potential recruit’s Armed Forces Qualification Test, which determines if they meet the standard for the service they intend to join.

Those testing scores have gotten increasingly worse over the last few years. That problem has been repeatedly brought up by Army leaders after the service experienced its worst recruiting crisis in decades. Army Chief of Staff Gen. James McConville said in September that only a third of prospective recruits were passing the ASVAB. Lt. Gen. Maria Gervais, deputy commander of U.S. Army Training and Doctrine Command, told reporters in July that there was a 9% decline in ASVAB scores because of “remote schooling,” which “negatively affected the Army’s ability to meet its recruiting targets.”

The challenges with recruits meeting the academic standards for the Army were so apparent, in addition to physical fitness challenges, that the Army launched the Future Soldier Prep Course at Fort Jackson, South Carolina, in August to help potential soldiers improve their scores and meet Army standards.

The course has two tracks, one of which focuses entirely on academic success. As Task & Purpose reported, students in the academic track re-take the ASVAB every three weeks until they meet the standard. After meeting the Army’s standard, the “student” then moves on to basic training and becomes an Army trainee. They have 90 days to meet the standard before they are separated from service; they can come back to try again in six months.

Army officials who work at the prep course explained this month that individuals who aren’t testing well often just need a more disciplined environment to thrive. Lt. Col. Dan Hayes, commander of the future soldier prep course, told Task & Purpose at the Association of the U.S. Army’s annual conference in Washington D.C. in October that the “vast majority” of students with behavioral issues in the classroom are the ones who are struggling the most, and “once you connect to them and figure out where they’re falling short in education, now all of a sudden they’re performing.”

The National Assessment of Educational Progress assessment is an exam taken by roughly 450,000 fourth and eighth graders, the Times reported. In the top 10 lowest-scoring states is Alabama, which in 2019 was found to be one of the five states that produce the highest average number of enlistees.

The change in scores hit Black and Hispanic students the hardest, which could be attributed to those students being “more likely to attend schools segregated in poverty,” the Times reports, and those schools were staying remote “for longer than wealthier schools.”

All in all, students’ test scores even as early as elementary school often translate into their success of graduating on time, or even graduating at all, from high school. And as the military pushes to meet their numbers for recruitment, dropping academic scores will undoubtedly cause a problem.

“Two years of COVID — and I hate using COVID as an excuse,” Maj. Gen. John Kline, commander of the U.S. Army Center for Initial Military Training, told Task & Purpose earlier this month. “But two years of homeschooling for some just didn’t work.”