“Our soldiers and airmen are proud to do more than one weekend a month.” 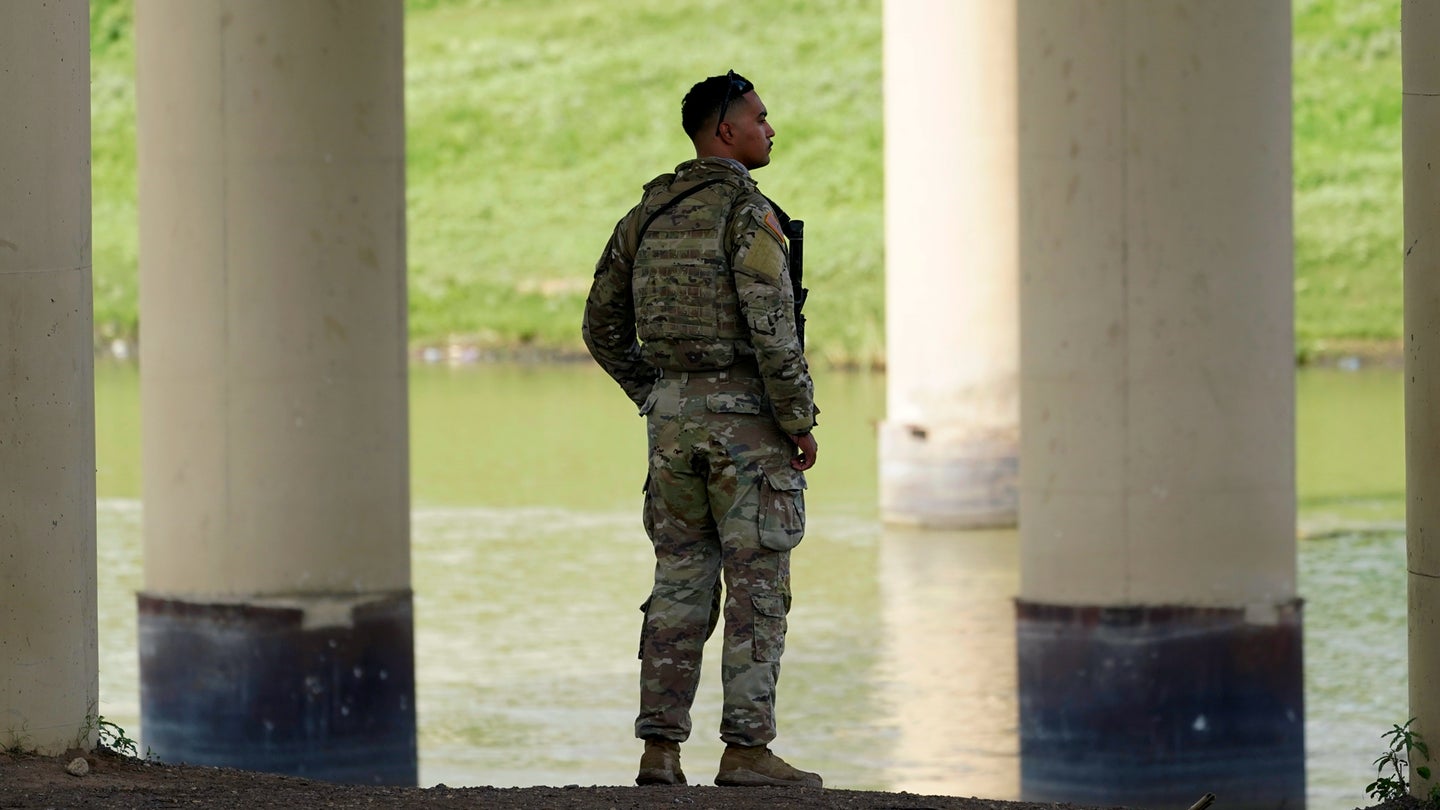 A member of the Texas National Guard looks across the Rio Grande to Mexico from the U.S. at Eagle Pass, Texas, Friday, Aug. 26, 2022. (Eric Gay/Associated Press).
SHARE

Much like the rest of the military, the National Guard is facing a manpower shortage that stems from a number of recruiting and retention issues. But leaders say none of those challenges include the increased demand the National Guard has felt around the country.

“Every time I have visited our soldiers and airmen when they’re out there doing these jobs, I mean the smile on their face, they feel like they’re making a difference and they are making a difference,” Gen. Daniel Hokanson, chief of the National Guard Bureau, said on Tuesday.

The leaders on Tuesday cited many of the same factors other military leaders have when discussing why numbers weren’t where they should be, including overweight and uninterested youth, and an increasingly competitive private sector. But they were adamant that additional jobs for the National Guard — which often prides itself on allowing service members to have the flexibility of serving while also having a civilian job — aren’t contributing to decreased numbers.

The time of “One weekend a month, two weeks a year,” for National Guard and Reserve service members has long since past. In many cases over the past couple of years, the National Guard specifically has become a human equivalent of a fix-it button for governors around the country. Guardsmen have filled in as teachers, school bus drivers, prison correctional officers, as well as responding to the COVID-19 pandemic, the riots in Washington, D.C., on Jan. 6, and climate disasters that are increasing with frequency and severity. Not to mention the ongoing mission in Texas that has been plagued with planning failures, depleted morale, suicides, and delayed pay, all the while angering soldiers who are feeling the strain at home and with their civilian jobs.

But serving more than “one weekend a month, two weeks a year,” isn’t bothering anyone, Maj. Gen. Jeff Holmes, the adjutant general of the Tennessee National Guard, said on Tuesday. In fact, he said, it’s a source of pride.

Holmes added, however, that it was critical for leaders to ensure they’re “taking care of” their troops and “not asking too much of them.” We are, after all, talking about the same people who have made complaining an art form.

Part of taking care of them, Hokanson said on Tuesday, may include increased benefits to make the National Guard more attractive to potential recruits. Hokanson outlined three lines of effort that the Guard is considering, including looking at providing healthcare coverage for all guardsmen, not just those on active orders, as well as ensuring troops are able to better use their educational benefits. The third idea centers around incentivizing soldiers to recruit for them by creating referral bonuses, similar to what Hokanson said existed at the height of the Iraq and Afghanistan Wars.

There are 60,000 guardsmen who “do not have health insurance or health care coverage,” Hokanson said, and even those who do through civilian employers run into coverage gaps when they transition from civilian coverage to the military’s TRICARE coverage when they’re mobilized.

“When you look at overall the fact that there is no health insurance provided by the National Guard, and we ask them to be ready really at a moment’s notice … we really need to make sure that they’re medically healthy and ready, and if they’re injured they’ve gotten that treated, so they can respond when we ask them to.”

As for education, Hokanson said guardsmen aren’t able to claim independent student status when applying for federal student aid like active duty service members can. It makes guardsmen “less competitive” for that student aid, Hokanson said, and the Guard wants to ensure their troops are on a “level playing field.”

It’s critical that no matter what the Guard decides to do, they get it right, Hokanson said. The Guard is the size that it is — roughly 445,000 service members — “because our nation needs that,” he said, and over time it may need to grow to meet demands around the country.

“It’s up to us,” Hokanson said, “to make sure that we fill our formations so that they’re ready when our nation needs us.”