‘Fat Leonard’ is on the run. 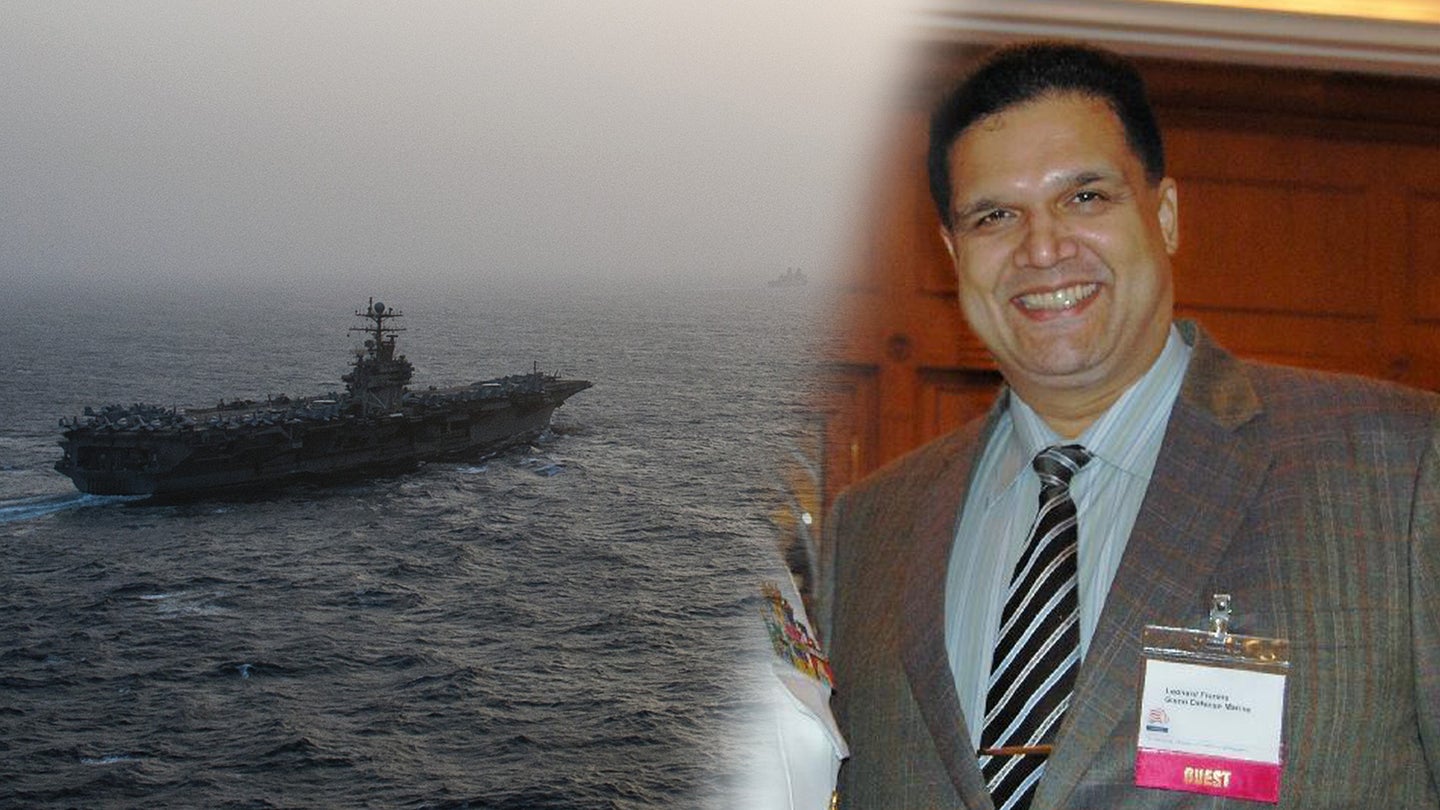 A corrupt military contractor who has become the scourge of the Navy is now a fugitive from justice, less than three weeks before he was scheduled to be sentenced.

Leonard Glenn Francis – better known by his nickname “Fat Leonard” – had pleaded guilty to bribery and conspiracy charges as part of a yearslong Justice Department investigation that has gutted the Navy’s 7th Fleet.

Francis, who had been under house arrest in San Diego went missing on Sunday after cutting off his monitoring ankle bracelet, the San Diego Tribune first revealed. Francis’ neighbors had noticed moving trucks going in and out of his home recently.

“He was planning this out, that’s for sure,” Supervisory Deputy U.S. Marshal Omar Castillo told the newspaper.

The name “Fat Leonard” has become synonymous with corruption, and his case, which involved numerous Navy officers, has become a black eye for the service. As part of his plea agreement with prosecutors, Francis admitted that over the course of a decade, he and other members of his company offered $500,000 cash bribes as well as prostitutes, lavish meals, and other enticements to Navy officers, who provided him with classified information about where U.S. warships would make port calls in the Pacific, the Justice Department announced in 2015.

Former Navy Capt. Daniel Dusek was sentenced in March 2016 to 46 months in prison after admitting to prosecutors that he had redirected the aircraft carrier USS Abraham Lincoln and other ships to a port terminal owned by Francis, according to the Justice Department.

Francis and his company Glenn Defense Marine Asia agreed to repay $35 million that they had overcharged the Navy for fuel, tugboat services, sewage disposal, and other services.

In June, a federal jury convicted four former Navy officers of receiving bribes from Francis, and jurors could not reach a verdict on a fifth former leader, retired Rear Adm. Bruce Loveless. Additionally, 29 other people, including Francis, have pleaded guilty in connection with the scandal.

The Fat Leonard scandal has damaged the Navy’s reputation as an “honest broker,” especially in the Pacific, said retired Navy Cmdr. Bryan Clark, a senior fellow with the Hudson Institute think tank in Washington, D.C.

“Even though, I’m sure, everyone knew about Fat Leonard and his antics, the fact that it’s now out in the open and lots of people have been prosecuted is making it really obvious to any potential suppliers to the Navy that the Navy has got this problem with corruption – and for all they know, it still continues,” Clark told Task & Purpose.

While Francis has pleaded guilty to the corruption charges, the Navy officers and senior enlisted leaders who helped him are “really the ones that are at fault here,” said retired Navy Capt. Brent Sadler, the senior fellow for naval warfare and advanced technology at the conservative Heritage Foundation think tank in Washington, D.C

Sadler said that Francis’ reputation for corruption was well known back when he was a junior officer serving in the Pacific.

“There was no secret that this guy was bad news in the late 90s,” Sadler told Task & Purpose. “So, everyone that was in 7th Fleet knew better.”

There’s no doubt that the Fat Leonard scandal has helped China’s efforts to dominate the Asia-Pacific region, he said. For many years, the Navy was reluctant to send warships to the Philippines, Malaysia, Vietnam, and other countries in Southeast Asia to avoid getting caught up in another web of corruption.

The Chinese also used the Fat Leonard scandal to try to persuade countries in the Asia-Pacific region that the United States was not trustworthy, Sadler said.

“It really added on to a counter narrative the Chinese were playing,” Sadler said. “Sequestration, Fat Leonard, collisions at sea – all these things kind of all built up for the Chinese to say: Hey, the Americans are dangerous; you don’t want them around here.”