Forty McFortface: The US military is renaming bases and needs your help

In our nation’s 245 year history, we have been blessed to have countless individuals honor us with their service and sacrifices, now we can honor them. 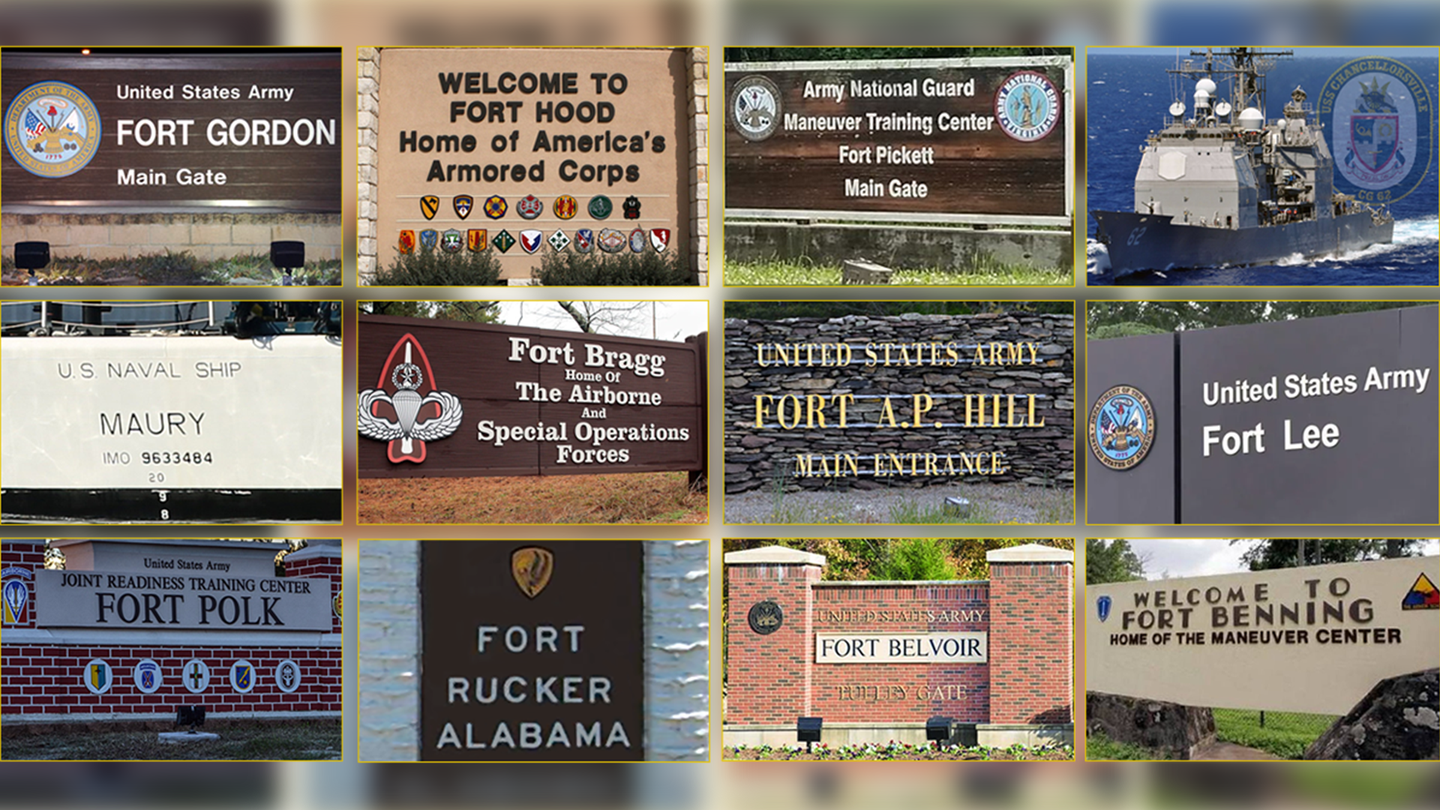 The Department of Defense needs your help.

More specifically, The Commission on the Naming of Items of the Department of Defense that Commemorate the Confederate States of America or Any Person Who Served Voluntarily with the Confederate States of America, otherwise known as the Naming Commission, needs your help to rename nine U.S. Army forts and two U.S. Navy ships. Fort Belvoir may be included as well, since it’s named after a slave-holding plantation, according to the commission.

The eight-member group was tasked with presenting the DoD with suggestions before October 2022 so that they can pick the names before Jan. 1, 2024. Their decision to crowd-source names isn’t without precedent. In 2016, the Air Force invited the public to submit names for what was eventually dubbed the new B-21 “Raider.” Among the names submitted were “Triangle Thingy,” “Baconator,” and “Lurking Sasquatch.”

Internet connoisseurs will also recount the infamous “Boaty McBoatface” incident of 2016. The British-based National Environment Research Council (NERC) set up a contest to name a new Royal research ship for the arctic region. A former BBC radio host, James Hand, suggested they use “Boaty McBoatface,” which ultimately won with over 124,000 votes. NERC decided against using that on their $275 million dollar vessel and instead used it on an underwater autonomous vehicle.

The Naming Commission is determined to not make the same mistakes as NERC, and has opted to establish an online form where you can make your suggestions. At the top of the page they preface it with this:

“The names of our military installations should appropriately reflect the courage, values, sacrifices and diversity of our military men and women, with consideration given to the local or regional significance of names and their potential to inspire and motivate our service members.”

While it is fun to make the obvious suggestions of “Forty McFortface,” “Basey McBaseface,” “Posty McPostface,” and “Campy McCampface,” we can certainly do better.

We have a great opportunity to name these installations and ships after heroic and dedicated men and women who fought under the American flag. In our nation’s 245 year history, we have been blessed to have countless individuals honor us with their service and sacrifices, now we can honor them. (Among the Task & Purpose staff, we’re partial to naming one after SFC Alwyn Cashe.)

We want to know what your suggestions are. Let us know in the comments below, and submit them in the form the Naming Commission provided. And if you want to throw in a “Fort Task & Purpose” suggestion, we won’t complain.