The much-maligned "ship of shame" has been undergoing maintenance for the last five years. 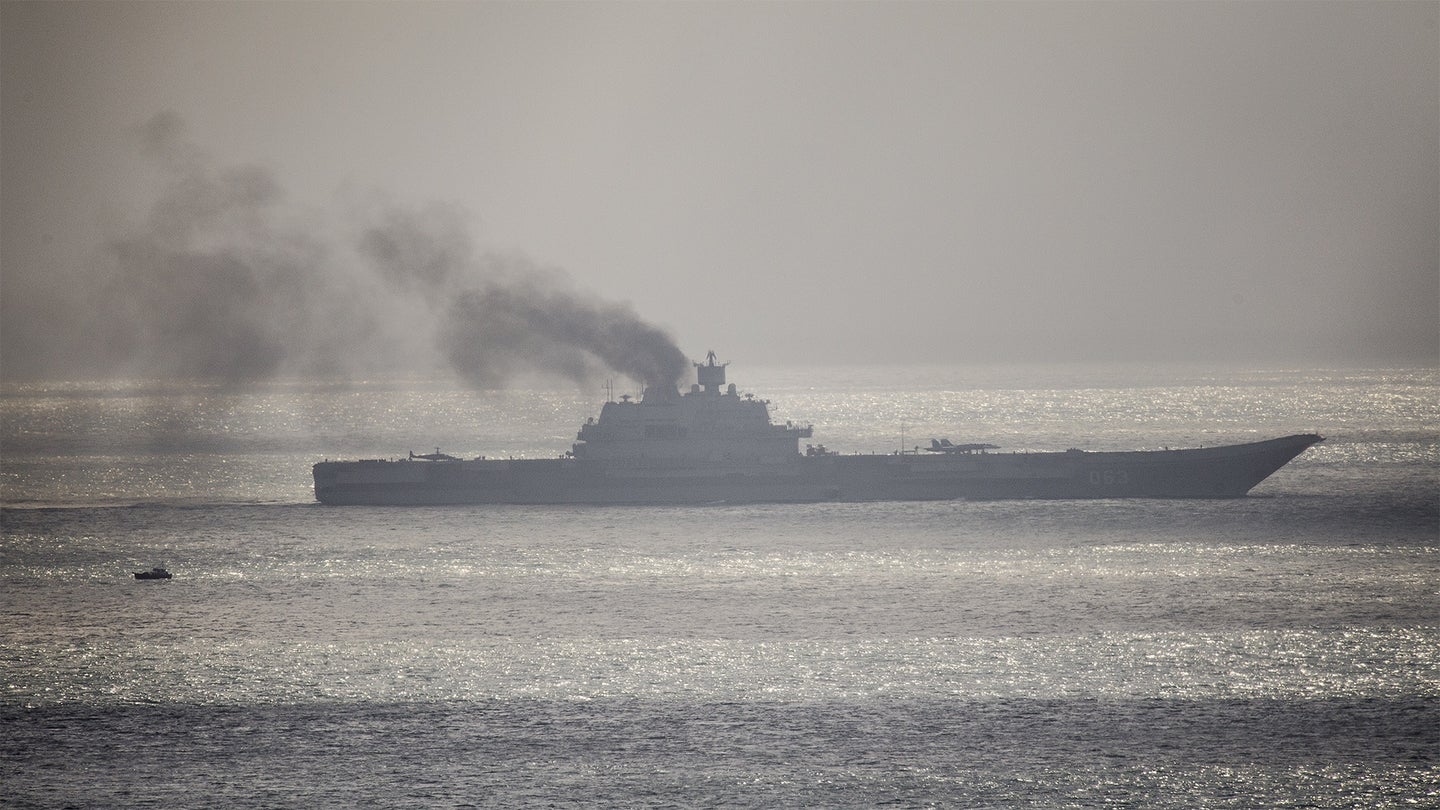 Everything old is new again — like a fire aboard Russia’s sole aircraft carrier, the Admiral Kuznetsov.

Russian state news agency TASS reported that a fire had broken out on the Admiral Kuznetsov on Thursday, prompting an evacuation of 20 people from the ship, which is currently in a dry dock undergoing repairs in the Russian port of Murmansk.

The ship was reportedly beginning a month-long process of leaving its dry dock earlier this week, with Russian officials claiming that the aircraft carrier would return to service in 2023.

“There was no fire but a local ignition, which was put out at 11:30 a.m. by the workforce and firefighters present on the Shipyard’s premises,” Alexey Rakhmanov, the CEO of United Shipbuilding Corporation, told TASS. “The ship’s damage control system was promptly activated and there is no damage.”

This incident comes a little more than three years after the last fire aboard the beleaguered aircraft carrier. In December 2019, the Admiral Kuznetsov caught fire while undergoing maintenance work in Murmansk, with the blaze killing two people and leaving more than a dozen injured.

The fires are far from the only unfortunate incidents to befall the ship, which has become infamous as one of the worst aircraft carriers ever built and has been undergoing an extensive overhaul since 2017. In 2018, a massive floating drydock holding the Admiral Kuznetsov lost power and sank, sending a 70-ton crane crashing into the carrier’s deck.

When the ship was actually underway — most recently operating in the Mediterranean and conducting airstrikes in Syria in 2016  — observers noted the vessel’s belching, black smoke and constant tugboat accompaniment in case this ship broke down. That’s in addition to the other fires, the oil spills and the toilets that don’t work.

When the ship was transiting the English Channel in January 2017, the U.K. Defense Minister Sir Michael Fallon referred to the Admiral Kuznetsov as the “ship of shame.”

As The National Interest wrote in 2018, though, “the collapse of the Soviet Union also meant the collapse of funding for the carrier project,” and in the ensuing decades, the Admiral Kuznetsov has struggled to ever effectively operate, spending most of its career either undergoing repairs, requiring a tugboat just to operate, or on fire.

That hasn’t stopped Russia from laboring over the ship, though. According to TASS, when the ship does eventually complete its extensive overall – which was initially supposed to be completed in 2021 – it will be able to serve another 10 to 15 years. Never say never when it comes to state-run media.