"Russian military leaders are often sent to lead from the front." 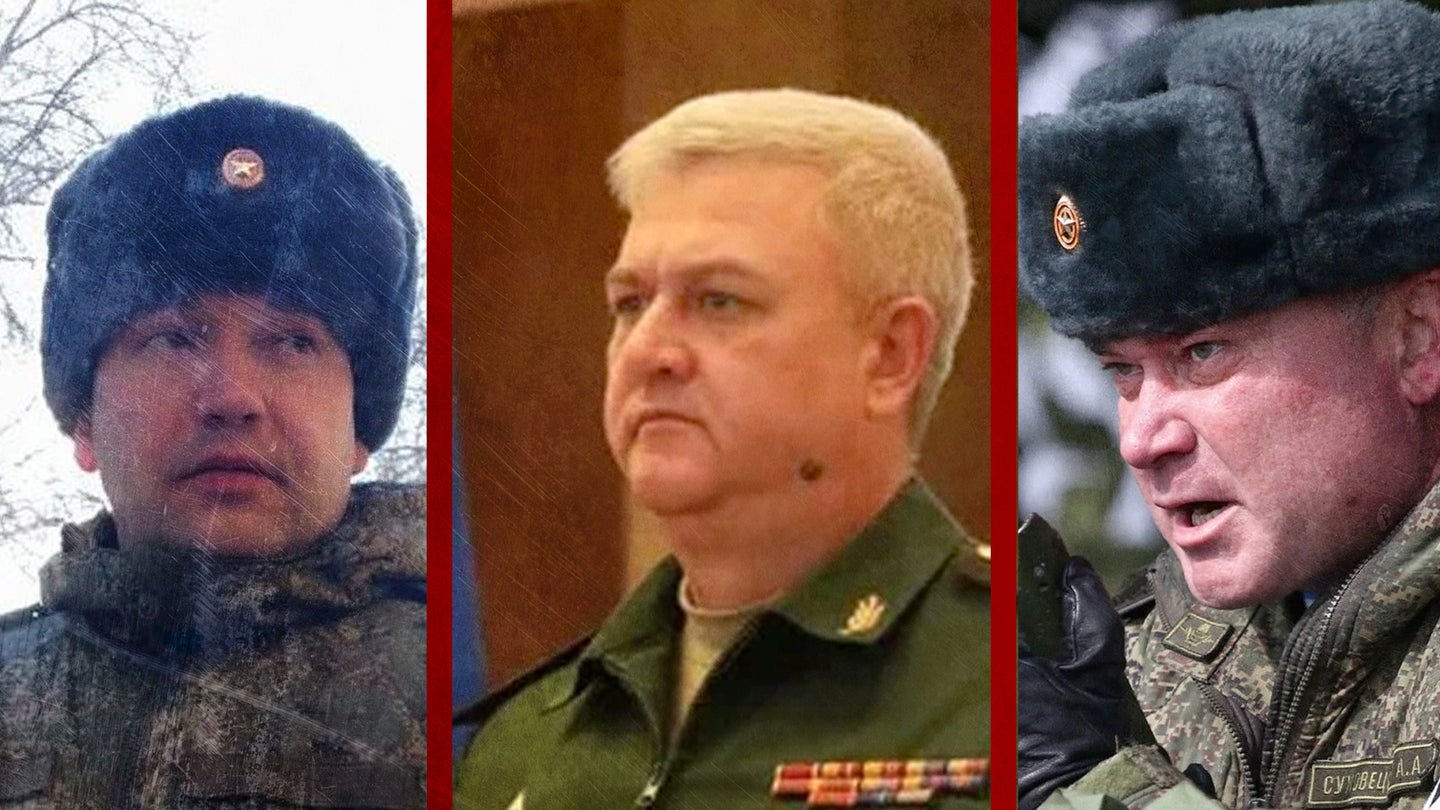 For the third time in less than two weeks, a Russian general has reportedly died on the front lines of the invasion of Ukraine.

The Ukrainian military’s official Twitter account claimed Friday morning that Maj. Gen. Andrei Kolesnikov had been killed. Kolesnikov was reportedly the commander of the 29th Combined Arms Army, a formation of the Eastern Military District.

Multiple journalists, including those with the BBC, The Economist and The Times, claimed that “Western officials” had corroborated Ukraine’s account of the general’s death, but as with most dispatches from the conflict, the veracity of the claim cannot yet be confirmed. On Friday, a senior U.S. defense official could not confirm whether Kolesnikov had been killed.

Reports of Kolesnikov’s death come just days after Maj. Gen. Vitaly Gerasimov, chief of staff of the 41st Combined Arms Army, was reportedly killed outside Kharkiv. News of Gerasimov’s death emerged on March 7 and was purportedly based on “expletive-ridden phone conversations” between Russian officials, according to BBC News. Last week, the 41st Combined Arms Army’s deputy commander, Maj. Gen. Andrei Sukhovetsky, was also reportedly killed. His death was reported by the Associated Press on March 3.

While the death of general officers in combat has become exceedingly rare for U.S. forces, with only one, Maj. Gen. Harold Greene, having been killed in combat since the Vietnam War, “Russian military leaders are often sent to lead from the front,” said Michael Kofman, director of the Russia Studies program at CNA.

“Even senior officers are known to take on a lot of risk,” he added.

Multiple Russian general officers have died during operations in Syria, for instance. In 2017, Lt. Gen. Valery Asapov was killed by shelling from Islamic State positions, and in 2020 Maj. Gen. Vyacheslav Gladkikh was killed by an improvised explosive device while on a patrol with Syrian forces.

Now in its third week, the Russian invasion of Ukraine has in many cases become known for its stalled progress, logistical entanglements, and fractured organization in the face of stronger than anticipated Ukrainian resistance.

Still, the seemingly large number of high-ranking Russian officers killed thus far may also be a reflection of Russian doctrine and styles of leadership.

“They tend to have a very proactive, personalized style of leadership,” said Kofman. “And that is a reflection of how they practice command and control, how they lead and their organizational culture.”