A second Russian general has reportedly been killed in Ukraine 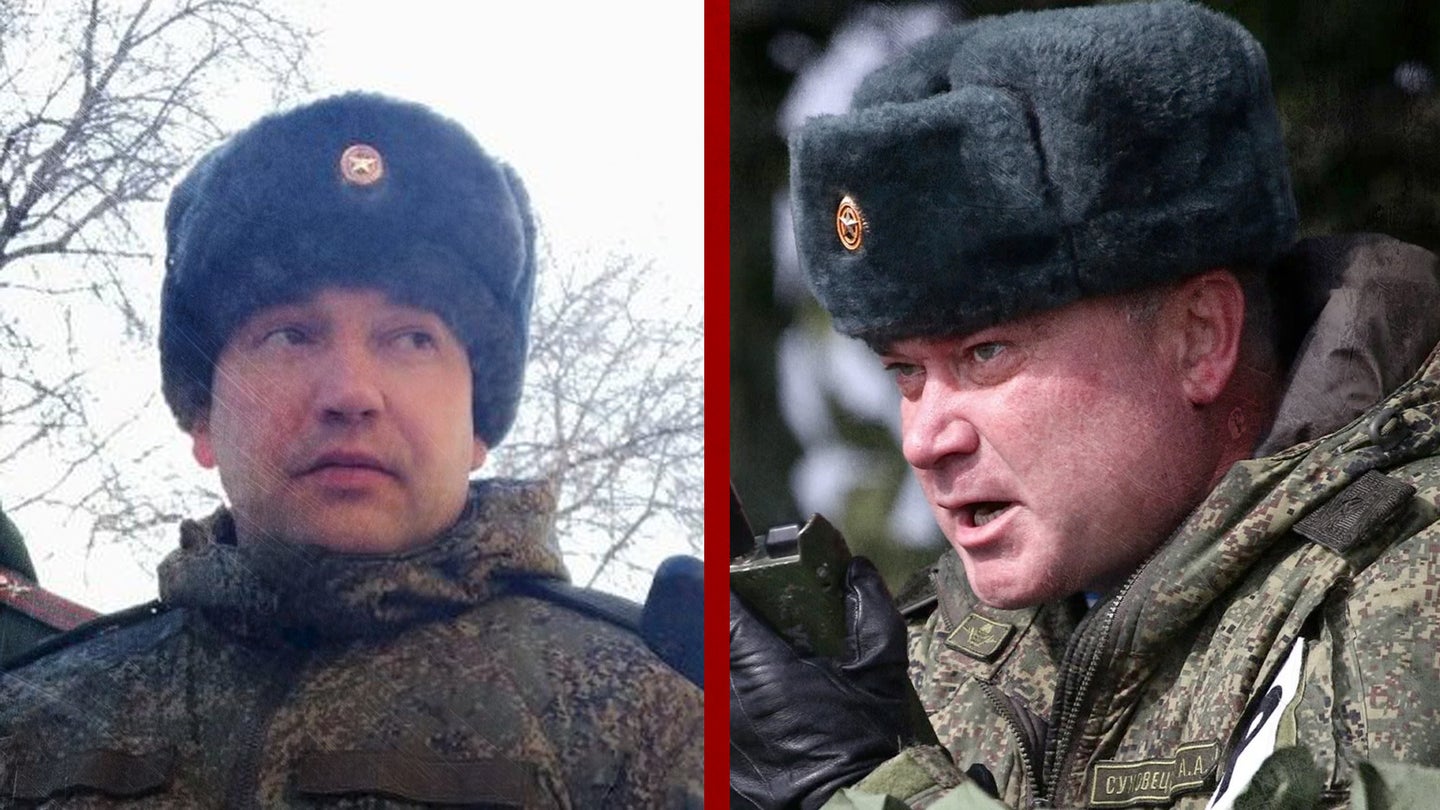 Maj. Gen. Vitaly Gerasimov, left, and Maj. Gen. Andrei Sukhovetsky, right, were reportedly killed in Ukraine this month during Russia's ongoing invasion of the country. (Photo of Gerasimov via Wikimedia Commons/Photo of Sukhovetsky by Sergei Malgavko/TASS via Getty Images).
SHARE

Two Russian generals have reportedly been killed since the country began its invasion of Ukraine on Feb. 24.

The Ukrainian defense ministry said that Maj. Gen. Vitaly Gerasimov, the chief of staff of the 41st Combined Arms Army, was killed outside of Kharkiv, according to The Guardian. Gerasimov’s death comes just days after Maj. Gen. Andrei Sukhovetsky, deputy commander of the same unit, was killed in the fighting in Ukraine.

The news of Gerasimov’s death is based on intercepted “expletive-ridden phone conversations” between Russian officials, according to BBC News. In one phone call, the officials “complain that secure communication lines have been lost,” BBC reports, and in another, Russian officials reportedly said Gerasimov was killed and other Russian troops were wounded.

A senior defense official who briefed reporters on Tuesday could not confirm that Gerasimov had been killed. Additionally, U.S. defense officials “know of no familial connection” between Gerasimov and the Chief of the General Staff of the Armed Forces of the Russian Federation, General of the Army Valery Gerasimov.

Russia’s reported loss of a second general officer comes as Russian forces face unexpected resistance from the Ukrainian people, and have been plagued with various logistical issues that have effectively stalled their advance in some parts of the country.

Almost two weeks after the invasion began, the Russians have still not made “any significant progress” towards taking the capital of Kyiv, Kharkiv, or Chernihiv, a senior defense official said on Monday. That lack of advancement is likely due not only to the resistance from Ukrainian people, but a plethora of internal issues the Russians are facing such as “fuel and sustainment problems.”

The problems the Russian military has run into during its invasion of Ukraine are “indicative of how it was planned,” retired Army Lt. Col. Alexander Vindman told Task & Purpose “There was the expectation that they would be largely unopposed and the Ukrainians would just crumble. They didn’t have the supplies to sustain those units as they moved forwards, and their logistics convoys have been heavily targeted.”

“Is it meaningful? Of course,” Vindman said of Sukhovetsky’s death. “But the military trains people to step into positions. It’s probably a bigger morale loss than anything else, an indication of how tough things are going.”

Since the start of the invasion it’s unclear how many people on both sides of the conflict have been killed; according to Reuters, Ukraine puts Russia’s losses at 11,000, while Russia claims only 500 troops killed. Neither side has published Ukrainian casualties, Reuters reported.

It’s also unclear how many civilians have been caught in the crossfire. The United Nations said in a news release that while they have verified 1,123 civilian casualties between the beginning of the invasion and March 5 — 364 people killed, and 759 people injured — that count is “likely to be a considerable underestimate of the true numbers.” As of Monday, 1.7 million people had fled Ukraine as refugees.