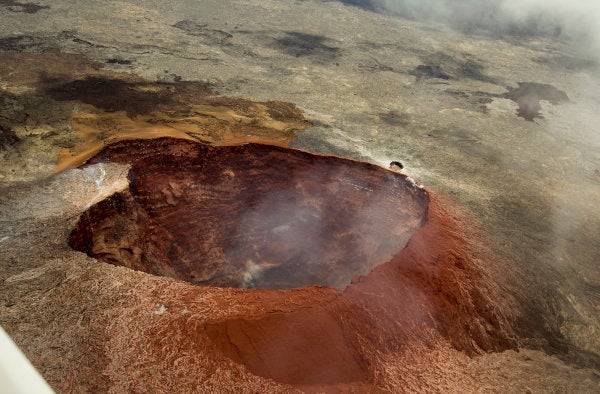 A soldier has been upgraded from critical condition to stable after he fell roughly 70 feet into the crater of Hawaii's Kilauea volcano on Wednesday.

A park spokesman said he fell after climbing over “a permanent metal railing at the Steaming Bluff overlook to get a better vantage point.” Army officials told Hawaii News Now the Schofield Barracks soldier was on a training mission at the Pohakuloa training area on the Big Island.

The man was found 70 feet below the rim of the volcano and was airlifted out. He was flown to Hilo Medical Center, per NPR. Hawaii County Fire Department battalion chief, Matthias Kusch, told Hawaii News Now that the 32-year-old man is “doing remarkably well for his fall. Only time will tell what injuries he has.”

Kilauea “ranks among the world's most active volcanoes and may even top the list,” according to the U.S. Geological Survey's website. The crater “hosts an active lava pond and a vigorous gas plume.” It erupted in 2018, and destroyed hundreds of homes.

WATCH NEXT: The Hurricane Hunters