The best Task & Purpose stories from 2022 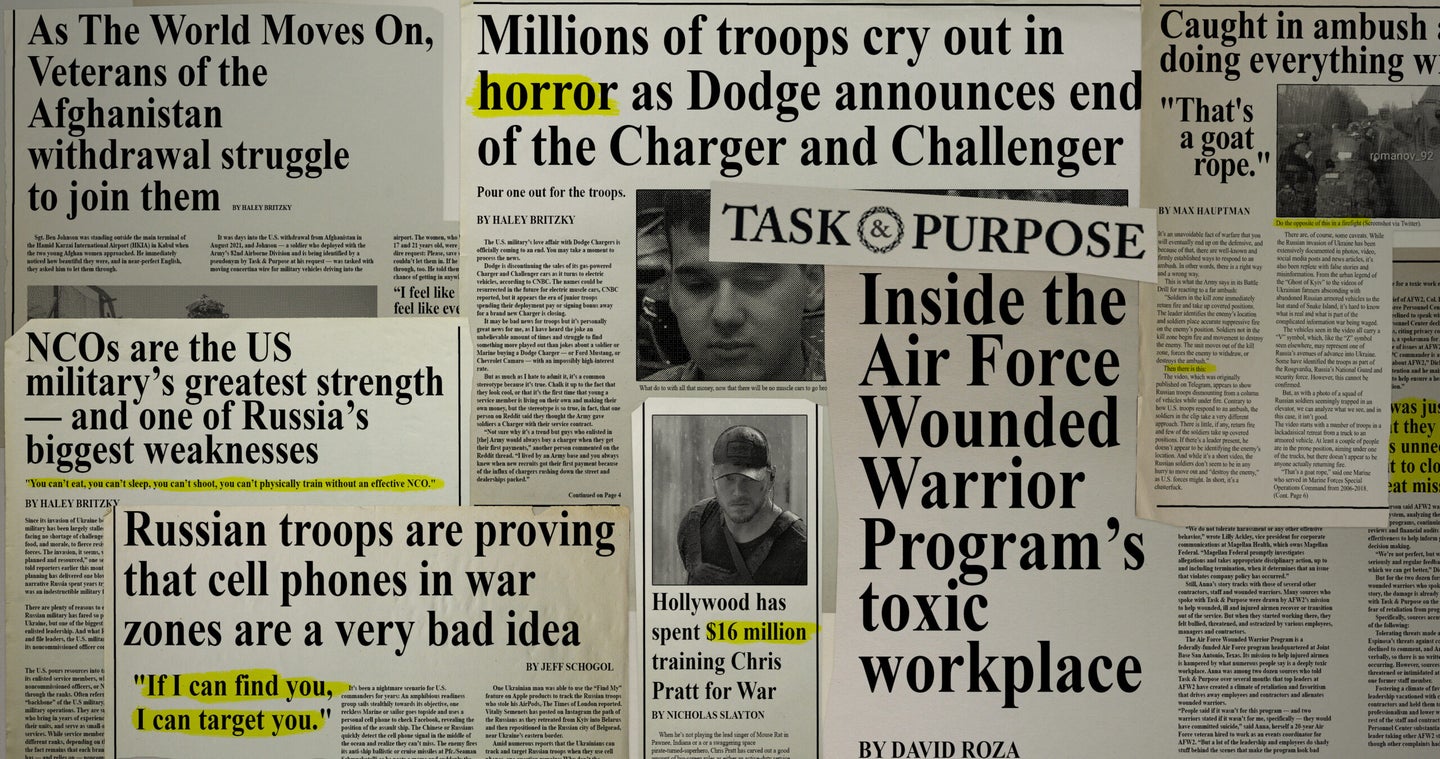 Another year is coming to a close. With it comes another opportunity to look back on impactful stories and significant news events that captured the interest of the American military and veterans community. Some of these moments, like Russia’s invasion of Ukraine in February, shocked the world, while others stupefied and astounded, like the time Russian soldiers became trapped inside an elevator during said invasion.

We reported in-depth investigations, from Task & Purpose’s long-form story on the toxic climate within the Air Force’s Wounded Warrior Program to our retrospective on the Afghanistan withdrawal and how veterans from HKIA have coped in the year since the Taliban took control of the country.

We also highlighted the lighter moments, like when an aircrew landed to pick up a motorcycle in Martha’s Vineyard, Massachusetts; or when a soldier decided to rip open a “mystery box” during the Best Ranger Competition because it was simply easier to channel his inner grizzly bear than to follow instructions.

Join us in taking a look back at some of our favorite Task & Purpose stories over the past year:

As the world moves on, veterans of the Afghanistan withdrawal struggle to join them

The Navy berthing barge: worse than life on an actual ship?

Military life summed up in one photo: The exhaustion, the futility, the police calling