US to begin evacuating Afghan interpreters before troop withdrawal [Updated]

About 18,000 Afghans have applied for visas. 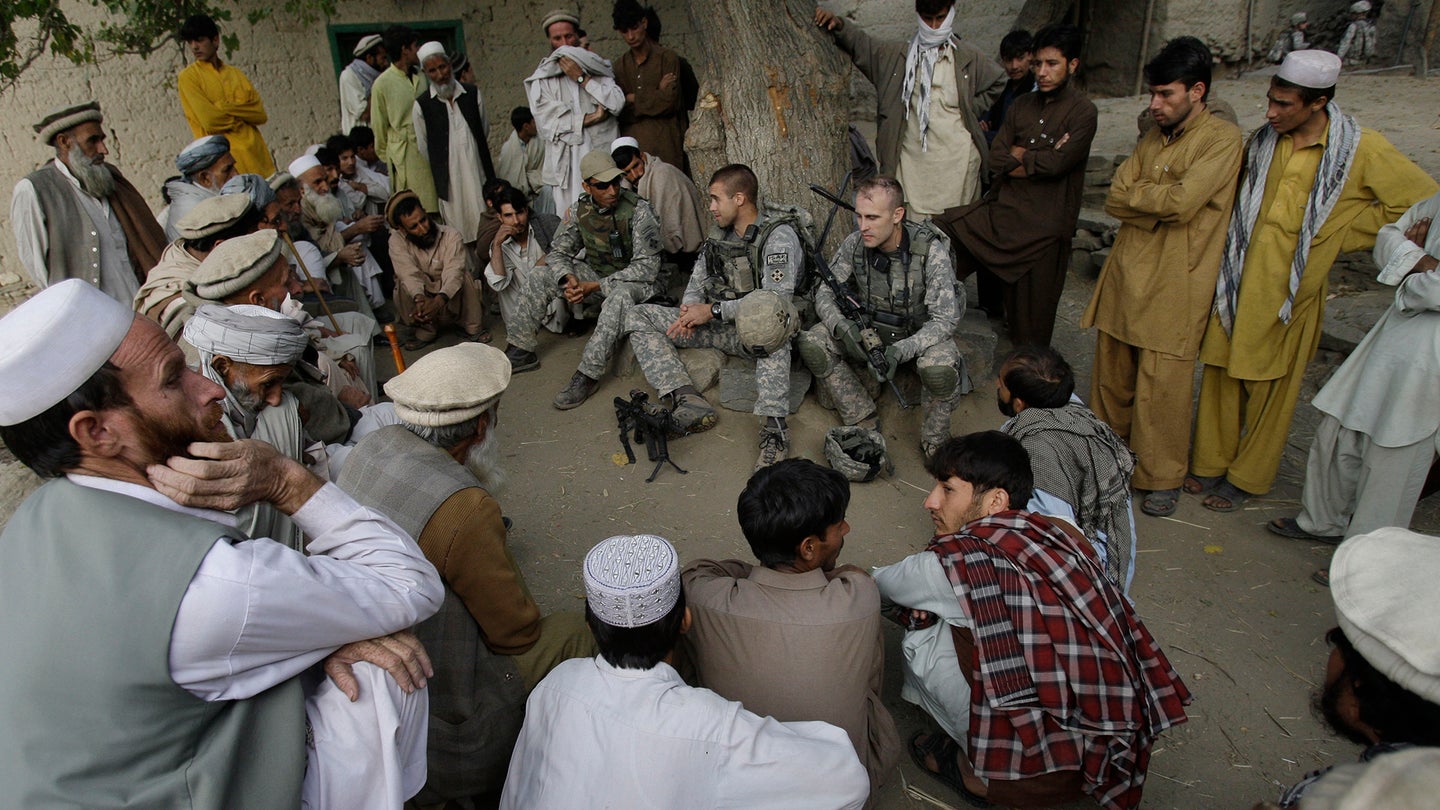 The U.S. government will move an unspecified number of Afghans who have worked as interpreters and translators to a country outside of Afghanistan before all U.S. troops leave Afghanistan, a senior administration official said on Thursday.

Helene Cooper and Eric Schmitt of the New York Times were first to report on plans to evacuate Afghans who have applied for United States have applied for Special Immigrant Visas and their families as their applications are processed. None of the evacuees will be guaranteed a visa and it is not clear whether they would be returned to Afghanistan if their applications are denied, according to the New York Times.

On Thursday, a senior administration official acknowledged that some of the Afghan translators and interpreters are still waiting for their visas after applying years ago.

“We have identified a group of SIV applicants who have served as interpreters and translators to be relocated to another location outside of Afghanistan before we complete our military drawdown by September, in order to complete the visa application process,” the senior administration official said. “These are individuals who are already in the SIV pipeline. We would undertake any relocation in full compliance with U.S. consular law and in full coordination with Congress.”

It was not immediately clear how many Afghans will be evacuated. Roughly 18,000 Afghans who have worked for the United States have applied for Special Immigrant Visas; however, the total number of Afghans who need to be rescued is closer to 70,000 because the Taliban are likely to kill the family members of anyone who has worked for the United States, said Former Maj. Matt Zeller, who has advocated for evacuating Afghan interpreters to Guam.

“The thing that we’re really afraid from what we’re hearing is the administration might play God and might pick and choose as to who gets to go on an evacuation,” Zeller said on Thursday. “The reality is that this [visa] program has been so poorly managed from the get-go and is now so dysfunctional that we don’t have time to try play God now.”

“We need to get everybody to a safe spot and then we can figure out who is worthy of a visa and how we then deal with the people who don’t make it through the program.,” he continued. “But if we pick and choose now, my fear is it’s going to be such a conservative standpoint, in terms of who gets to get on these planes, that we’re going to leave a lot of worthy people behind.”

Pentagon spokesman John Kirby declined to say how many Afghans might be evacuated, but when asked if the final figure could be close to 100,000, Kirby replied, “I’ve seen nothing that would indicate that the number is that high at this point.”

Kirby refused to say if the withdrawal of U.S. troops from Bagram Airfield has been delayed so the facility can be used as a staging area for the evacuation. He also noted that the U.S. government has the option of using chartered commercial aircraft for evacuation operations.

All U.S. troops are expected to withdraw from Afghanistan by the 20th anniversary of the Sept. 11, 2001 attacks. Since the U.S. military’s departure was announced last February, the Taliban have sharply increased their attacks on Afghan troops and police, which appear close to disintegrating.

Army Gen. Mark Milley, chairman of the Joint Chiefs of Staff, told lawmakers on Wednesday that the Taliban control 81 of 419 district centers in Afghanistan. Of those district centers captured by the Taliban, about 32 have fallen in the past two months, he said.

But Bill Roggio, a senior fellow with the Foundation for Defense of Democracies think tank in Washington, D.C., said the Taliban have captured much more territory than the U.S. military is willing to admit.

“Before May 1, the Taliban controlled 73 districts,” Roggio said. “The Taliban has taken control of 64 districts since that date.”

Retired Army Gen. General Raymond A. Thomas III, the former head of U.S. Special Operations Command tweeted on Thursday that the U.S. government is too focused on evacuating Afghan interpreters, noting that 350,000 Afghans are currently serving in the military and police forces and millions of Afghan women will suffer even more after all U.S. troops leave.

“Unfortunately, we’ve pulled the plug and this is the result,” Thomas tweeted.

Sen. Patrick Leahy (D-Vt.) also indicated on Thursday that the evacuation of Afghans who are at risk of being killed by the Taliban should be expanded.

“We’re all concerned about the fate of Afghans who served as translators and other employees of the U.S. government who routinely put their own lives at risks,” said Leahy, chairman of the Senate Appropriations Committee and the Senate’s president pro tempore. “They still have targets on their backs.  But we should also care about the female soldiers, Afghan civil society activists, scholars, and others who participated in programs funded by the United States and who are at grave risk.  This is about saving lives, and it is about the moral reputation of the United States.”

UPDATE: This story was extensively updated on June 24.

Watch next: The Afghanistan War: A Timeline