Why The Army Should Bring Back Senior Specialist Ranks

In the Army, we have have talented officers and weak ones. The same is true for the corps of noncommissioned... 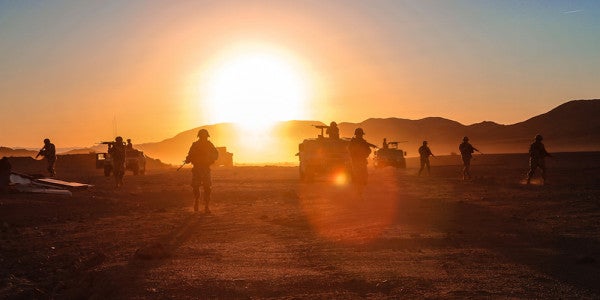 In the Army, we have have talented officers and weak ones. The same is true for the corps of noncommissioned officers. But unlike officer career paths, sergeants come into the service as a follower to develop and eventually earn their NCO stripes and supervisory roles over other troops. Regardless of ambitions and abilities, sergeants assume leadership jobs after a period of time, reenlistments, promotion boards, combat experience, schooling, and promotion point accrual.

The problem is that not every soldier — and to be fair, some officers or even the general population — has the desire or aptitude to be a leader. It’s exacerbated by the Army’s up-or-out policy. If he or she isn’t promoted to the next rank after so many years, called retention control points, then the soldier must separate from service. For instance, a private must make specialist within eight years in service; specialist to sergeant within 14 years, and so on.

I’ve been fortunate to serve in some truly amazing units each with talented soldiers. In a few candid conversations, particularly with junior noncommissioned officers, I learned how they missed being a young private with its dearth of responsibilities. Sure, sergeant pay is better, stripes looked sharp on the uniform, and prestige provides a little more influence. But all they really want to do — what they signed up to do in the Army — is turn a wrench, fix radios, cook food, or fire cannons. The commitment to lead as part of service and an explicit demand to do so in order to remain in service encourage them to be a leader. But their hearts are in being a technician.

In light of this, why not reinstitute the senior specialist ranks? First introduced in 1954, senior specialist ranks held a considerably short life span, as the Army completely phased them out by 1985. The purpose was to provide advancement opportunities to soldiers without awarding sergeant stripes and encumbering troops with noncommissioned officer leadership responsibilities. If he or she didn’t want to be a sergeant, or frankly couldn’t do the job, then they could continue on, benefit from increasing pay grades due to time in service and performance, and stick to the job they wanted to do without promotion into management. Senior specialists pay grades paralleled their sergeant counterparts, but held no authoritative responsibility. An E-7, for instance, was an E-7. One may be a sergeant first class, the other a specialist-7 and still considered junior enlisted.

Unfortunately, the Army discontinued these specialist ranks in a somewhat nebulous fashion; in correspondence to the advent of more senior noncommissioned ranks such as sergeants major. Considering the increasingly technical proficiency many of our soldiers need, bringing the ranks back may be key in strengthening the force, providing career alternatives for troops, and distilling our pool of leaders.

Consider the growth of cyber and the Army’s contribution to this increasingly critical domain. U.S. Army Cyber Command, the service component for U.S. Cyber Command, is building a number of cyber teams, with an anticipated growth of nearly 6,000 military and civilian jobs across the Department of Defense. These teams will augment general staffs on demand and provide highly technical expertise by “building, operating, and defending DoD Information Networks, increasing network redundancy, security, and resilience.”

Cyber has become the newest, if not most important, national security matter in the Army over the past few years. As such, the service is making strides in growing its capacity to meet and defend against attacks on military networks. But with any technical field, it takes time to train someone up to be effective. In a presentation to the Command and General Staff College on Dec. 3, 2014, Lt. Gen. Edward C. Cardon, commanding general of Army Cyber Command, stated that the training process may take up to five years from recruitment to employment in the newly created cyber branch.

But the Army can short cut part of that process. It needs to bring individuals into the ranks who already possess the technical capabilities and aptitude the cyber realm demands — hobbyists and corporate practitioners alike. Further, it needs to retain those individuals in the force over the long term, as well as to account for any training and educational costs. Why not award them a senior specialist rank to reflect their skills and encourage them to stay through increased pay and prestige?

The Army already awards more senior rank to recruits with in-demand skills and education that it needs and cannot train in-house. Through the direct commission program, Army chaplains start as first lieutenants to reflect their education at seminary as well as demonstrated pastoral experience. The same is true for lawyers who come in as judge advocate general officers. Doctors may enter service as captains or higher. The Army, craving the technical talent for the current and future cyber fight, could award more senior enlisted rank to proven network operators and technicians.

Opening up senior specialist ranks does not need to be just for the cyber branch. The Army is a service that requires broad technical competence in a number of branches and career fields. For instance, the field artillery community requires technical skills to operate its newest generation of counterfire radar. The maintenance field needs deep technical competence across a number of platforms — from Strykers, to helicopters, to any variation of wheeled and tracked vehicles and weapon systems. By allowing for a senior specialist track, enlisted soldiers who join the Army to be a maintainer (or radar operator, radio repairer, cook, or medic), and not to be pigeon holed into an unwanted leadership role as a noncommissioned officer, can stay in the job that they enjoy.

The Army isn’t Star Trek — everyone can’t be an officer. However, by giving field recruits a higher stature within the ranks and increased pay, the Army may encourage them to stay in the service and not leave for corporate America, skills and certifications in tow. By not awarding noncommissioned officer rank, but a pay grade equivalent to sergeants, these soldiers avoid holding direct supervisory responsibility and authority to give orders to junior troops.

This would benefit the Army as well. First, soldiers who prove themselves through experience, character, demonstrated performance, requisite military education, and desire a leadership role could earn their sergeant stripes through the normal system. The Army builds an NCO who wants to be an NCO. Second, soldiers who want to remain in their job and stay junior enlisted can do so while the Army can keep their experience in the ranks. Those individuals are rewarded with increased pay with increased time in service, but are not burdened with noncommissioned officer responsibilities that they may not have the ambition to take on or the aptitude to provide.

Finally, the soldier’s commander has a greater role in a soldier’s career path. He or she can award NCO rank if the soldier earns it and wants the job, or not award it in lieu of senior specialist rank if the soldier in question does not meet the standards required. The soldier can stay on, reenlist, advance, and still have an opportunity to become an NCO later on.

Certainly, some problems may come up with a parallel enlisted rank system. Personality issues will arise naturally between, say, a specialist-8 with twenty or more years of service and a buck sergeant with eight giving orders. However, the same dynamic between young lieutenants and their crusty platoon sergeants is as old as the Army. This problem is more formative for the young officer and tends not to cripple a unit. Further, one can imagine a unit where no eligible soldiers want to take on NCO responsibilities and fill necessary leadership positions, instead opting to stay junior enlisted. There may not be any good answer for this since it derives from a leadership challenge. But the Army could consider career incentives for taking the harder road.

Overall, soldiers need options and the Army needs talent. Reintroducing senior specialist ranks to the force accomplishes both. The soldier gets a choice in whether he or she wants to be a leader or a technician and can create a career path that may be more meaningful. The Army receives a corps of noncommissioned officers who want to be leaders and have proven themselves as such. Further, specialist ranks provides an open door to homegrown technical skills and untapped patriotism. The demand for deep technical expertise is undeniable where a future conflict may involve electrons more than bullets.