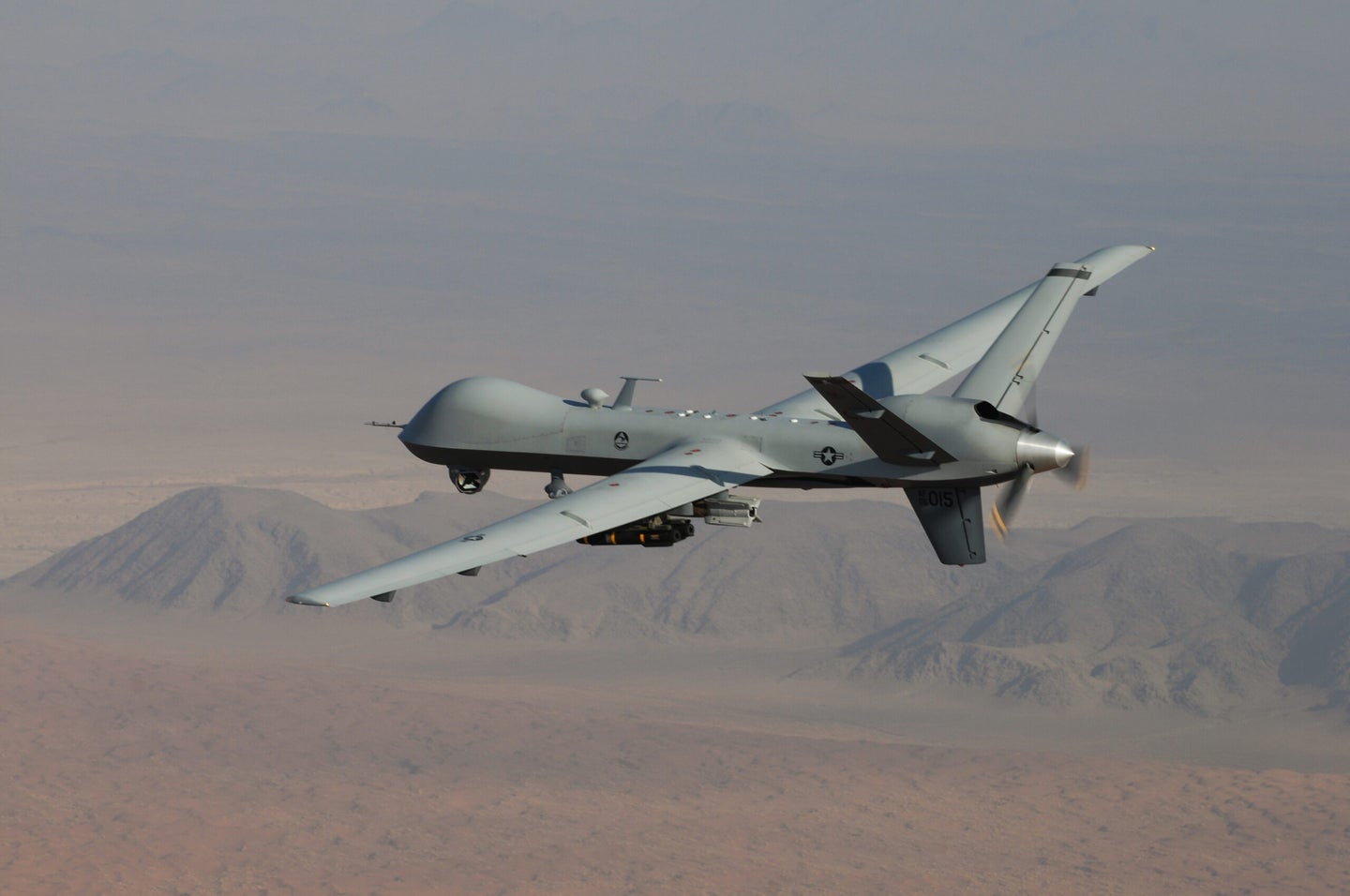 The Defense Department reportedly employed a specialized missile that’s best described as a meteor full of swords to take out an ISIS-K leader in retaliation for the group’s brutal bombing of Kabul’s airport amid the ongoing U.S.-led evacuation efforts there.

The Wall Street Journal reported Saturday that the Pentagon had used the R9X variant of the notorious AGM-114 Hellfire missile fired from an MQ-9 Reaper drone to kill two militants associated with ISIS’s Afghanistan branch in the country’s Nangarhar province.

Colloquially referred to as a “ninja bomb” or “flying Ginsu” and first publicized by the Wall Street Journal back in 2019, the joint CIA/DoD R9X does not use an explosive warhead. Rather, the missile comes packed with a halo of blades that deploy moments before impact to effectively eviscerate a target, a lethal update to the inert “Lazy Dog” bombs of the U.S. campaigns in Korea and Vietnam.

The goal of employing such a weapon, according to the Wall Street Journal, is to reduce the potential for civilian casualties that usually accompanies a conventional explosive warhead.

“We know of zero civilian casualties,” Army Maj. Gen. William “Hank” Taylor told reporters. “Without specifying any future plans, I will say that we will continue to have the ability to defend ourselves and to leverage over-the-horizon capability to conduct counterterrorism operations as needed.”

While the Wall Street Journal reported on the employment of the shadowy Hellfire missile based on an anonymous U.S. official, skeptics suggest that another low-lethality munition may have been used outside the R9X.

But if confirmed, the strike would represent the U.S.’s first known use of the R9X since August 2020, when the U.S.-led military coalition likely deployed the Hellfire variant to kill Abu Yahya al-Uzbeki, an independent “military trainer” affiliated with the al Qaeda-linked Hurras Al-Din organization as he traveled through Syria’s Idlib province.

Before that, the U.S. is thought to have used the R9X to take out Hurras Al-Din leaders Qassam al-Urduni and Bilal al-Sanaani in northwest Syria in June 2020; al Qaeda offshoot Hayat Tahrir al-Sham leader Abu Ahmed al-Jaziri in June 2019; an Taliban commander identified only as “Mohabullah” in Afghanistan in January 2019; and al Qaeda second-in-command Ahmad Hasan Abu Khayr al-Masri in February 2017.

The latest R9X strike was carried out in retaliation for the suicide bombing of Hamid Karzai International Airport in Kabul last week that killed 13 U.S. service members amid international efforts to evacuate foreign nationals and Afghans currently fleeing the Taliban’s tightening grip over the country.

“To those who carried out this attack, as well as anyone who wishes America harm, know this: We will not forgive. We will not forget. We will hunt you down and make you pay,” President Joe Biden said in the aftermath of the attack.