Crowds, chaos, and Taliban fighters everywhere: What US troops are seeing on the ground in Afghanistan

The fall of Kabul in real time. 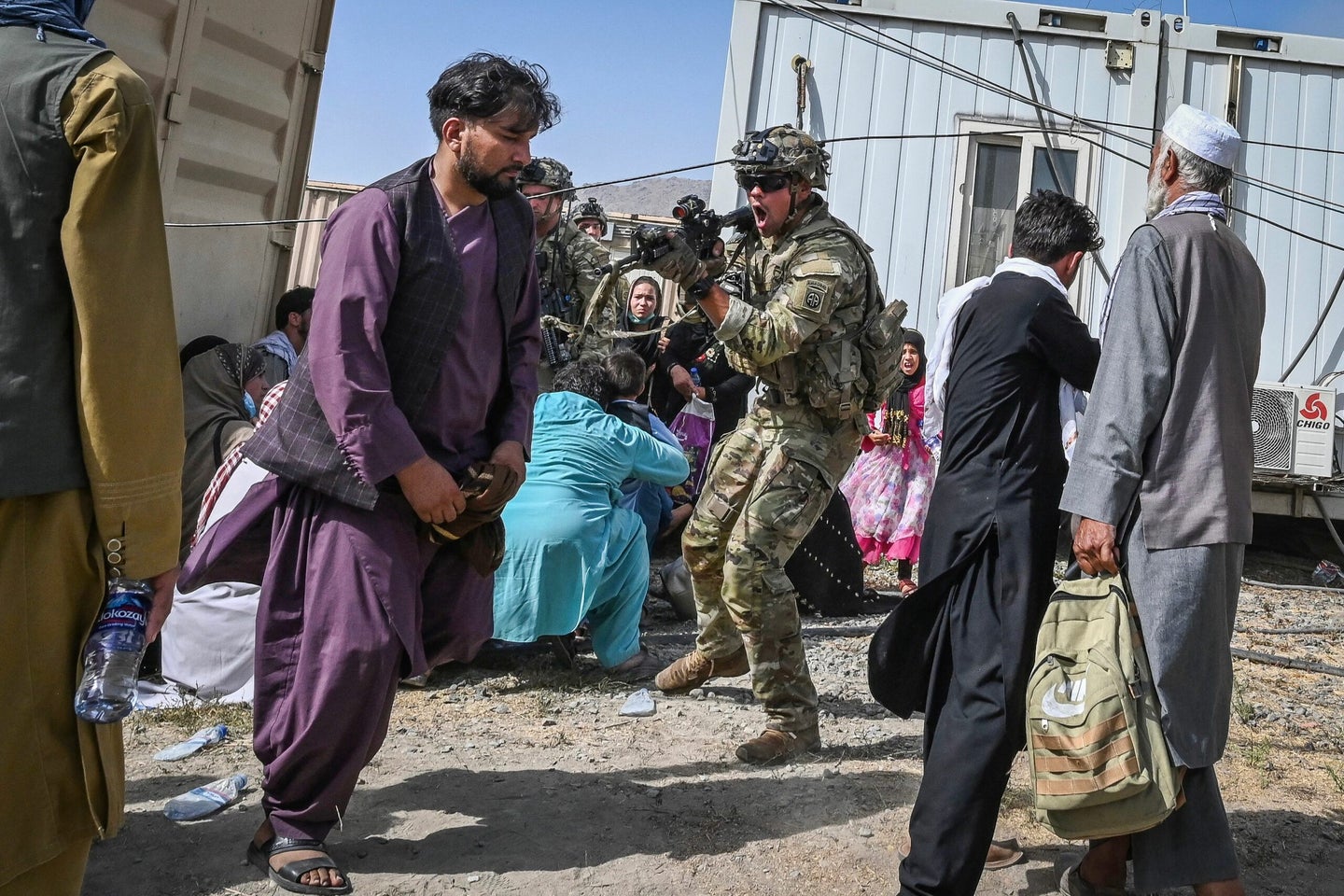 A US soldier (C) point his gun towards an Afghan passenger at the Kabul airport in Kabul on August 16, 2021, after a stunningly swift end to Afghanistan's 20-year war, as thousands of people mobbed the city's airport trying to flee the group's feared hardline brand of Islamist rule. (Photo by Wakil KOHSAR / AFP) (Photo by WAKIL KOHSAR/AFP via Getty Images).
SHARE

The situation on the ground in Kabul is changing rapidly as more American troops head in to secure the airport, but it’s clear that most will encounter what photographs from the region show: massive crowds of Afghans trying to escape, chaos and bodies on the city’s streets, and Taliban fighters lurking everywhere.

It’s far different than what it was on Friday when the western-backed government of Afghanistan had a president in power, shops were open, and local policemen were walking the Kabul streets. Now, on Monday, it’s been confirmed that President Ashraf Ghani has fled the country as tens of thousands of his fellow countrymen make desperate attempts to get out by car, on foot, or by literally clinging to the sides of moving aircraft while Taliban fighters sit triumphantly inside the presidential palace.

Though the Taliban had been gaining ground around the country for months, the inevitable fall of Kabul was apparent on Friday with the militant capture of Kandahar and Herat, the second and third-largest cities. The day before, the Pentagon announced the deployment of thousands of troops to begin an evacuation of the U.S. Embassy that was supposed to last until the end of August. The Taliban, however, entered Kabul on Sunday and the government quickly collapsed like a house of cards.

“After a series of disasters in recent days, most of the Afghan army began surrendering to the militants as it became clear theirs was a lost cause,” as Jeff Schogol wrote, adding that “Afghan Air Force, which U.S. government officials had repeatedly praised in recent months, was mostly captured on the ground after bases such as Kandahar Airfield fell to the Taliban.“

The fate of tens of thousands of Afghans who helped the U.S. government and other allies as interpreters appears grim: The Biden administration estimated there were about 70,000 Afghans who applied as refugees, according to Rep. Seth Moulton (D-Mass.), yet little more than 1,000 have so far been rescued.

Here’s what we’ve seen on the ground in Afghanistan in recent days: