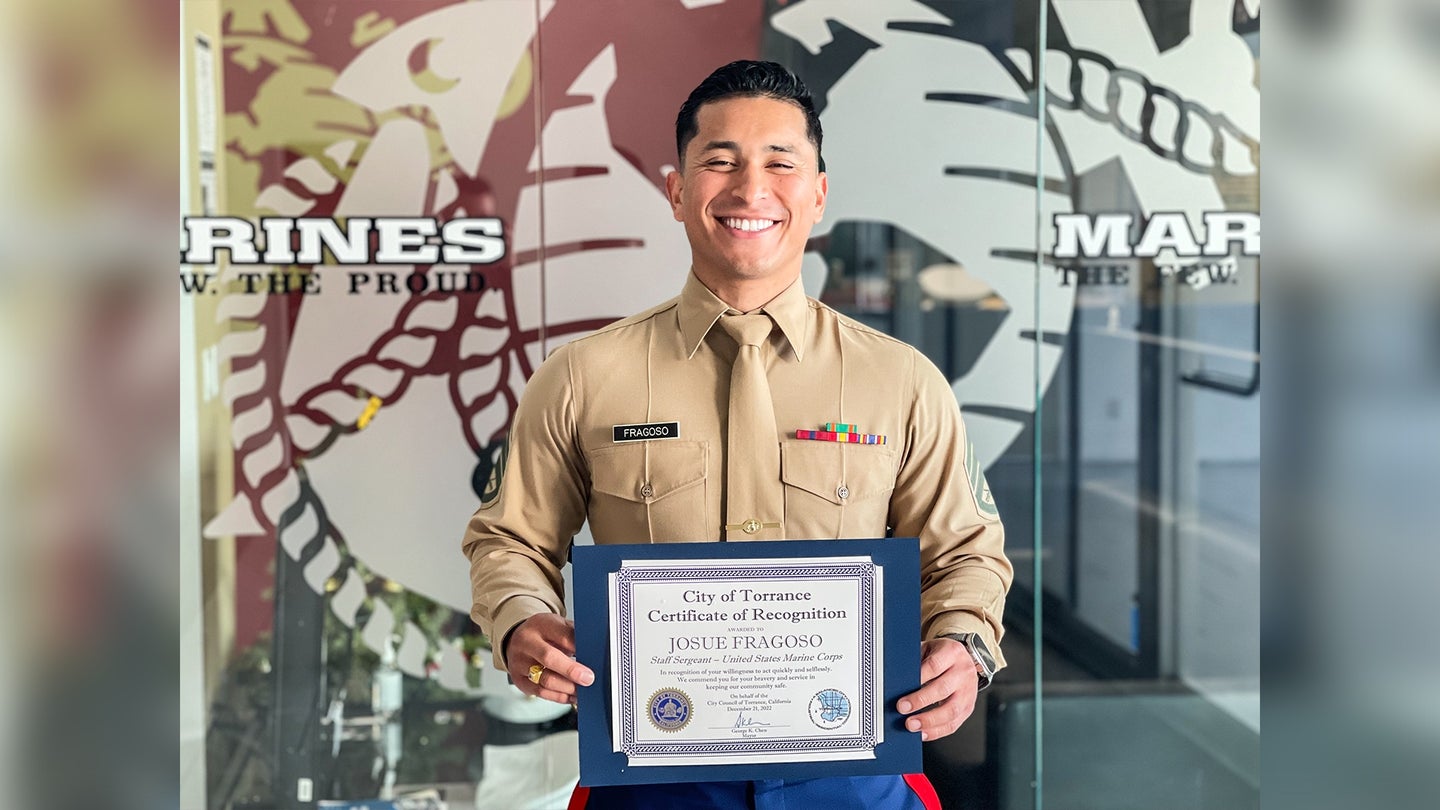 Count this as a new twist on how hard recruiting duty is these days.

A pair of Marine Corps recruiters, along with a prospective recruit they were talking to, helped foil a jewel heist in Torrance, California on Tuesday, the service said in a statement.

Staff Sgt. Josue Fragoso, who is in charge of Recruiting Sub Station South Bay, was in his office in the Del Amo Shopping Center at around 7:30 pm when he heard the sound of glass shattering.

“I had this feeling it might be Daniel’s Jewelers getting robbed because they have gotten robbed before,” said Fragoso in a press release. “I ran out of the office and went over there.”

Fragoso was followed by the man he had just been talking to about enlisting, Scott Elliott. When they approached the jewelry store, they saw four men, one of them carrying a hammer, smashing jewelry cases and attempting to rob the store.

Fragoso and Elliott then leaped into action, tackling two of the suspects as they attempted to flee. Another recruiter, Sgt. Andre Henry, grabbed a third man, but he eventually managed to escape.

“Part of your training is to kind of leap without looking and when someone needs help or something wrong is going on, you have to do what you know is right,” Henry told Marine Corps Times.

The two suspects were detained by Fragoso, Henry, Elliott and other bystanders for a few minutes until police arrived.

Fragoso, who was presented with a certificate of recognition by Torrance Major George Chen, told Marine Corps Times that “Marines are different … Marines are individuals that take action and do the right thing.”

Elliott, the potential Marine Corps recruit, is 33 and currently awaiting an age waiver to enlist. He’ll certainly have an interesting recruiting story to tell assuming the waiver is approved, though.