Why don’t you make like a tree, and defeat this advanced AI detection system? 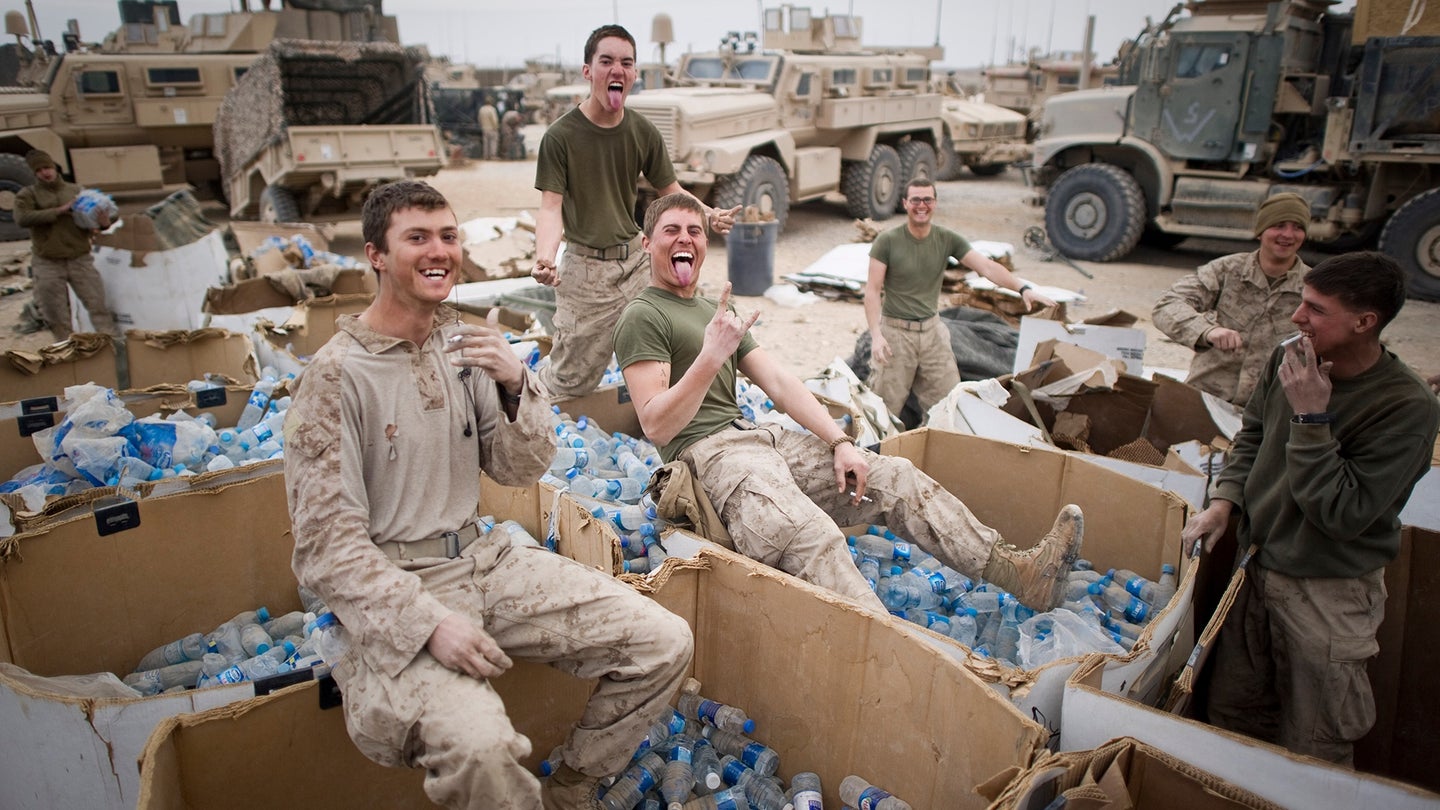 US Marines from 1st Battalion 8th Marines unpack containers of mineral water in the Helmand province of Afghanistan on Jan. 19, 2011. (Dmitry Kostyukov/AFP via Getty Images).
SHARE

In Paul Scharre’s new book Four Battlegrounds: Power in the Age of Artificial Intelligence, Scharre recounts the story of one AI experiment that was disrupted by a squad of Marines who innovated new ways to sneak around and avoid detection. In just a day, the Marines figured out that the best way to approach an artificial intelligence system designed to identify human beings is to, well, not look like a human.

In practical terms, that meant standing behind a tree or just throwing a cardboard box over their heads.

The artificial intelligence in question was developed by the Defense Advanced Research Projects Agency’s (DARPA) Squad X program. The technology was designed to maximize “a squad’s situational awareness, while the autonomous systems allow squads to increase their battle space and area of influence,” according to DARPA.

“What DARPA was working on was developing the ability to identify people in complex urban environments,” said Scharre. “And sense people approaching the squad.”

In order to train the artificial intelligence, it needed data in the form of a squad of Marines spending six days walking around in front of it. On the seventh day, though, it was time to put the machine to the test.

“If any Marines could get all the way in and touch this robot without being detected, they would win. I wanted to see, game on, what would happen,” said Root in the book.

And when the game began, as Root said, “Eight Marines — not a single one got detected.”

Two Marines, according to the book, somersaulted for 300 meters to approach the sensor. Another pair hid under a cardboard box.

“You could hear them giggling the whole time,” said Root in the book.

One Marine stripped a fir tree and held it in front of him as he approached the sensor. In the end, while the artificial intelligence knew how to identify a person walking, that was pretty much all it knew because that was all it had been modeled to detect.

“An algorithm is brittle, and the takeaway from this is that there will always be these edge cases,” Scharre told Task & Purpose. “The real problem for the military is that it operates in an inherently adversarial environment, and people will always have the ability to evolve.”

Distributional shift, as Scharre writes in his book, is when an AI is trained on one set of data and then forced to interpret something new. If an AI has trained on data of people walking around, it can be duped by a person somersaulting. Or walking behind a tree. Or crouching under a cardboard box.

“Humans tend to have a much richer understanding of the world,” said Scharre.

As Scharre told Task & Purpose, artificial intelligence is a rapidly advancing field, and the results of this test are not indicative of its capabilities in 2023. The challenge for the military is “creating doctrine to rapidly spin in what AI technology can do.”

But when it comes to Marines against an AI, Marines remain undefeated.

Scharre’s book, Four Battlegrounds: Power in the Age of Artificial Intelligence, will be released on February 28.