These Molotov cocktail Legos raised more than $16,000 for medical aid to Ukraine

This set is probably not best for ages 4 and up 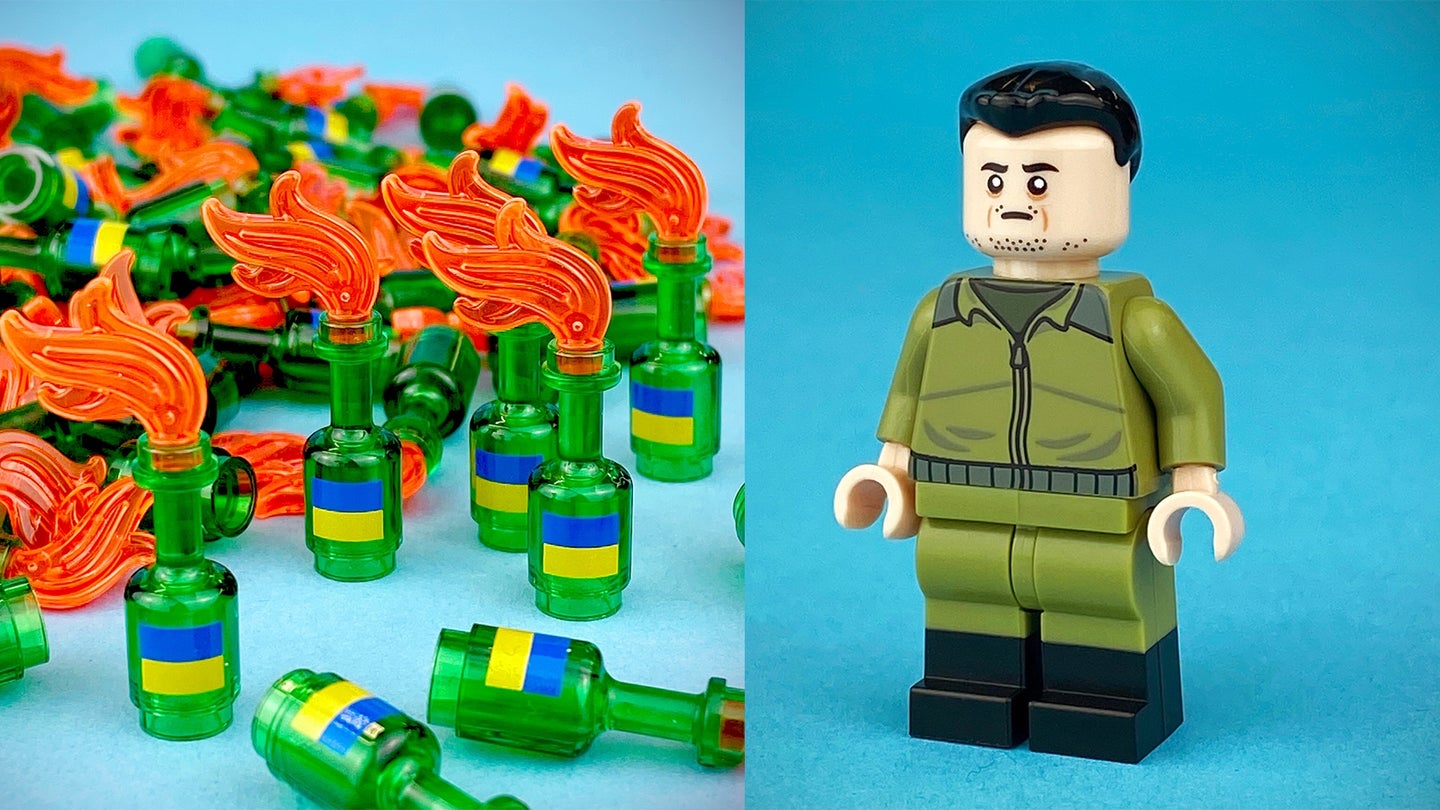 This probably won’t make it into the next “Lego Movie.”

According to Citizen Brick, the store that manufactured the Molotov Lego accessories, in just 24 hours they raised $16,540, which the company is donating to Direct Relief, a charity that provides humanitarian and disaster relief. Over the past six months, the organization has shipped more than $26 million in medical aid to Ukraine.

While Citizen Brick is an independent retailer, the official company position of Lego is to not create sets based on military equipment that is currently in use, presumably only endorsing violence in the form of people stepping on Legos. That doesn’t stop people from getting creative, though. Citizen Brick also sells a knife-wielding Green Beret that can be accessorized with a Bazooka or a Mk19 grenade launcher, perhaps a molded plastic companion to the “Saint Javelin” iconography that has become quite popular over the past few weeks.

There have been faithful and detailed recreations of the trailer for the upcoming Top Gun movie, an A-10 Thunderbolt II and a 75-square foot recreation of a Marine Corps Air Station complete with F-35B Lightning IIs, MV-22 Ospreys, a CH-53E Super Stallion and, most importantly of all, Marine minifigures on gate guard duty.

While the Molotov cocktails and Zelenskyy minifigures were only available for a day, Citizen Brick’s owner told Motherboard that “we’re scrambling to make another batch since this got picked up on the Ukrainian Instagram page.”

A Russian equivalent may be harder to come across. In addition to the myriad of international sanctions the country is facing following its invasion of Ukraine, Lego has announced that it is stopping shipments of its product to Russia.