Pentagon: Russian military leaders are acting like they’re on ‘a reality TV show’ 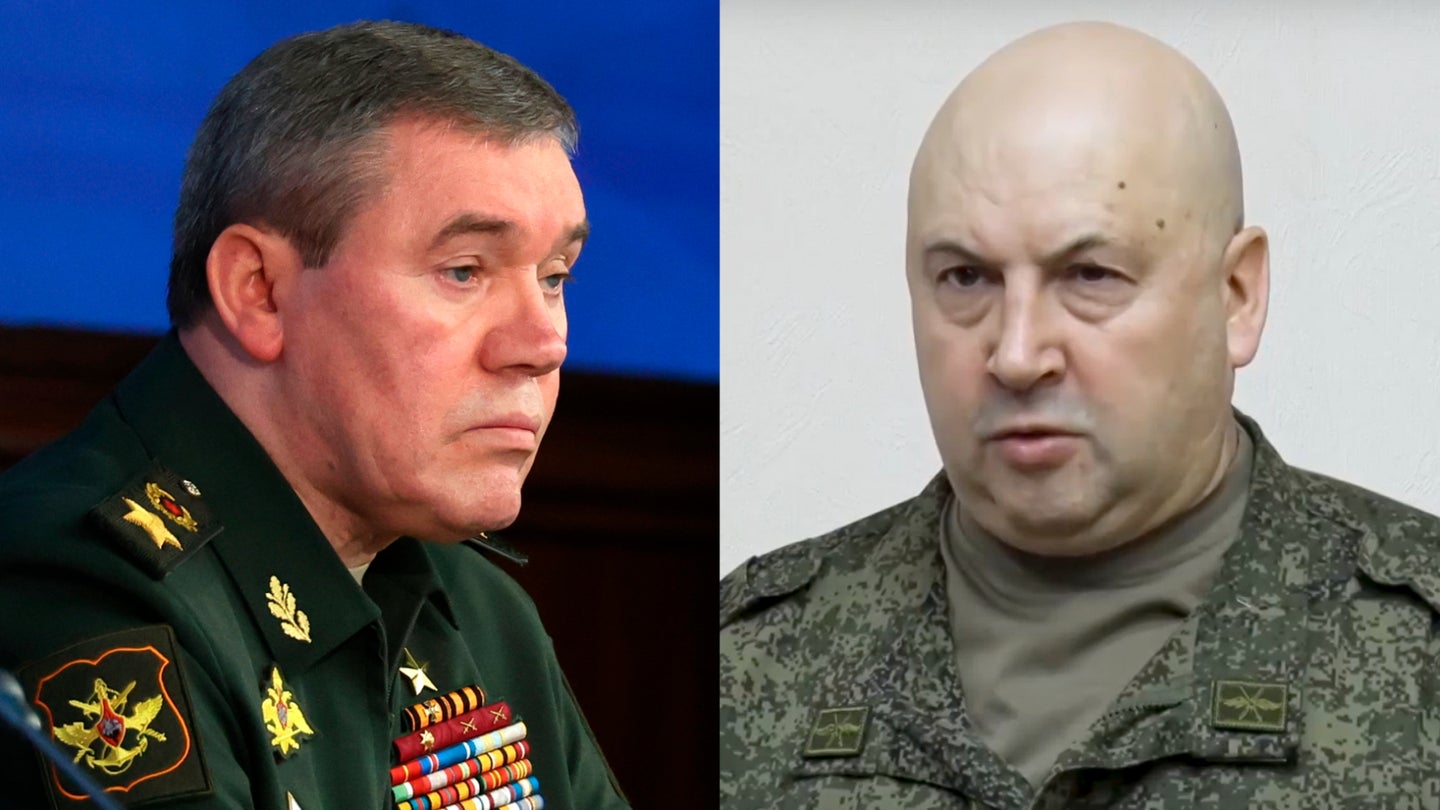 Speaking to reporters on Wednesday, Undersecretary for Defense Policy Colin Kahl stated that there “continue to be profound leadership changes in the Russian military” following Russian President Vladimir Putin’s decision to replace Russian Aerospace Forces Gen. Sergei Surovikin with Chief of the General Staff Gen. Valery Gerasimov as chief commander of the invasion of Ukraine in early January.

“First they didn’t have really an overall commander, then they elevate Surovikin, then, you know, clearly there were disagreements between Surovikin and Gerasimov and [Russian Minister of Defense Sergei] Shoigu, so they kind of demoted Surovikin and put Gerasimov on top” Kahl said. “Anyway, it’s kind of like a reality TV show.”

According to Kahl, the Surovikin-Gerasimov shuffle speaks to how disorganized the Russin military leadership is nearly a year into its campaign in Ukraine.

“I think it’s more indicative that the Russians have still not figured it out about how they intend to command the fight,” Kahl continued. “And I think the kind of, you know, our assessment is that the dysfunction among Russian commanders remains pretty profound.”

Surovikin became head of the Russian invasion force in Ukraine in early October after years as the commander of Russian forces fighting in Syria amid the country’s ongoing civil war, where he reportedly earned the nickname “General Armageddon” for his ruthlessness and brutal tactics, including the heavy bombardment of the Syrian city of Aleppo.

Indeed, Surovikin recently oversaw a major drone and missile blitz against Ukraine’s major cities and energy infrastructure, seeking to plunge millions of Ukrainians into darkness for the coming winter, while also withdrawing Russian troops from the southern city of Kherson and realigning Kremlin forces into “more defensible positions” amid a fierce Ukrainian counteroffensive, as the Washington Times reported.

According to the Russian Ministry of Defense, the move to replace Surovikin with Gersimov was aimed at “[organizing] closer contact between different branches of the armed forces and improving the quality and effectiveness of the management of Russian forces” during the invasion of Ukraine, per BBC News.

But some defense analysts saw the move, which left Surovikin demoted to one of Gersimov’s three deputies overseeing the Russian military effort in Ukraine, as indicative of distrust and backbiting between Russia’s senior military leaders as they jockey to remain in Putin’s good graces.

“I don’t think this is because Surovikin is viewed as a failure. Certainly possible that this was driven by political reasons,” wrote Rob Lee, a military researcher at King’s College London, on Twitter. “As the unified commander in Ukraine, Surovikin was becoming very powerful and was likely bypassing Shoigu/Gerasimov when talking to Putin.”

Kahl’s assessment was a bit simpler: the Russian military is experiencing organizational confusion at the highest levels.

“We did not talk about kind of the drama and the soap opera with the Ukrainians, what my assessment is that Gerasimov’s elevation and the way that it happened and kind of pushing Surovikin down is just, you know, illustrative of a bit of chaos among their leadership,” Kahl added in reference to a recent meeting with his Ukrainian counterpart in Germany alongside Chairman of the Joint Chiefs of Staff Gen. Mark Milley.

As the Washington Times notes, the latest change does not fully address who within the Russian military’s chain of command is responsible for the Wagner Group forces that have augmented state forces in recent months, especially as the mercenary group publicly feuds with top military leaders over credit for retaking the eastern Ukrainian town of Soledar.

“Gerasimov may be the overall commander of forces, but is he in charge of the Wagner forces?” Kahl said on Wednesday. “Because it’s the Wagner forces that seem to be in the lead in places like Bahkmut and you’ve actually seen the Russian military and Wagner kind of go to war with each other and social media to compete for who gets credit for the advances in Soledar.”

With the way Russia’s war effort continues to unfold in Ukraine after nearly eleven months, the Kremlin’s military brass appear to have two clear options: get killed, or survive long enough to get fired for failure.