This photo of Marine artillery in action looks like hell itself

"Whoever took it timed it so perfectly." 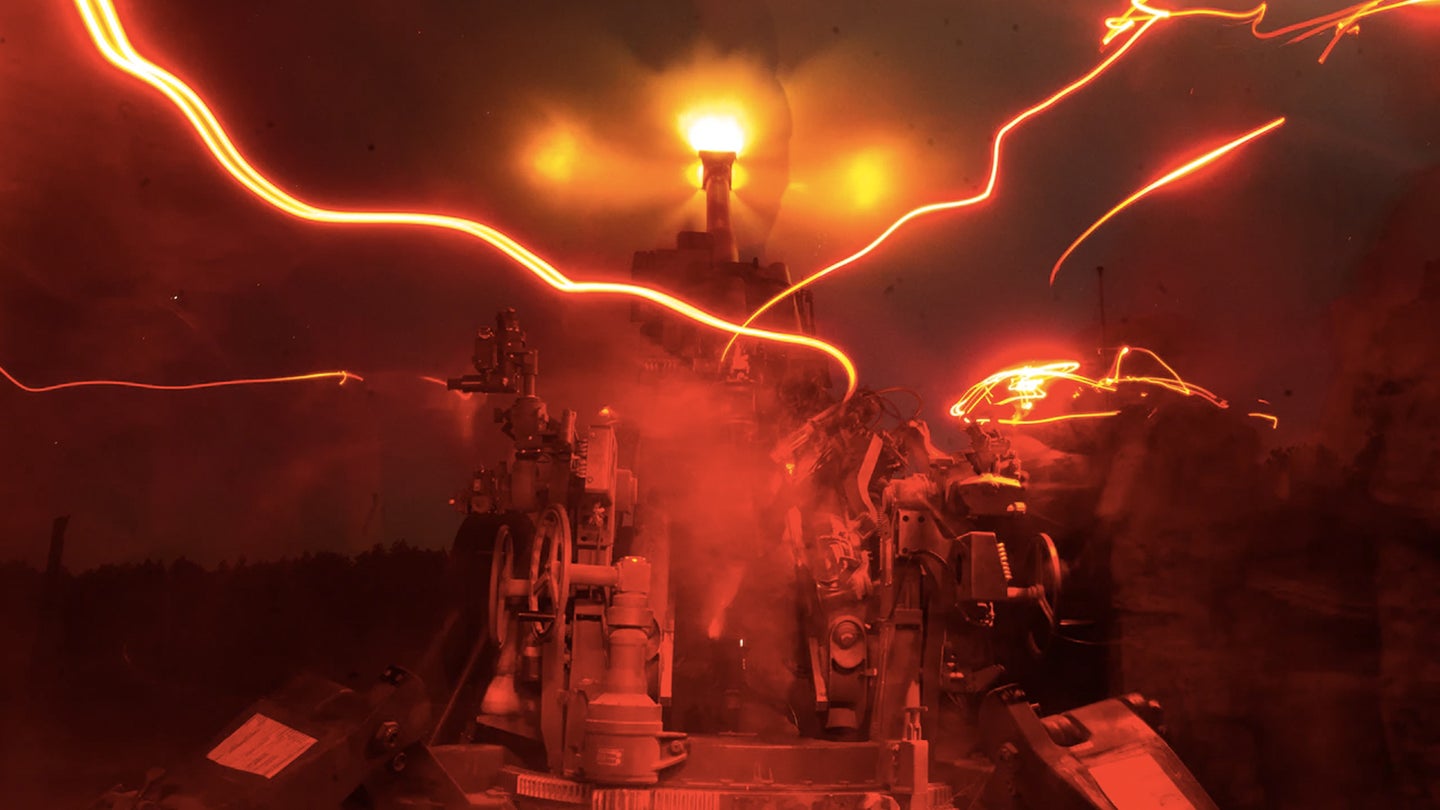 From Dante’s Inferno to Michelangelo’s The Last Judgment, there are plenty of depictions of hell which make one think twice about the possibility of an afterlife. In fact, they have a lot in common with the M777 howitzer, a 155mm artillery piece that can send unfortunate souls to the world beyond from up to 25 miles away, depending on what type of projectile it is firing.

The otherworldly power of the machine was captured in a dramatic photo posted to the Department of Defense’s website on Thursday. The photo shows an M777 firing as part of exercise Rolling Thunder 1-22, where artillerymen from the 10th Marine Regiment practiced providing “timely, accurate and lethal fires in support of the mission,” at Fort Bragg, North Carolina on Oct. 19, according to the photo caption.

“Marines maneuver against a simulated enemy force, using M777 howitzer cannons, counter-fire operations and sensor operations,” the caption continued. “These skills help Marines perform at an elite level in order to be successful in combat.”

However, the photo appears to capture much more than just a howitzer going off. With a few camera tricks, the photographer, Lance Cpl. Brian Bolin Jr., managed to endow the scene with lightning-like flashes and an eerie red glow, giving the image supernatural energy.

“I think that’s a great photo,” said Daniel Johnson, who served as an infantry officer and journalist with the U.S. Army in Iraq and has taken plenty of artillery photos himself. Johnson explained that Bolin likely used a technique called prolonged exposure to capture the beams of light flying around the gun.

Also called long-exposure or time-exposure, the technique involves slowing down the camera’s shutter speed so that it captures stationary subjects but blurs moving ones. If that moving object has a light attached to it, like headlights on a car or chem lights on a Marine’s helmet, the light will blur across the photo like it does in the artillery piece photo.

“If people are moving around under chem lights, you’ll see blurs which indicate motion,” Johnson said. “So that probably explains the motion of lights out to the left and right.”

Knowing that the lights in Bolin’s photo might represent disembodied Marines loading the gun is even more spooky. What if this is a ghost gun, and all we’re seeing are the bright spirits of its undead gunners? Oorah? More like Boo-rah, if you ask me.

But there’s something even more incredible about the photo. Johnson said that when he took pictures of artillery pieces firing, he sped his camera’s shutter speed way up and snapped a stream of shots so that he could capture the exact moment the projectile left the barrel. Bolin’s photo appears to capture that moment, but it also features the blurry lights which are best captured with a slow shutter speed. How on earth did he get both the split-second moment of the cannon firing and the time lapse of Marine lights in motion?

“Whoever took it timed it so perfectly that they got everything,” Johnson said. “Maybe they got a long exposure right before the gun fired.”

Perhaps there was some fancy editing involved, or just plain old black magic. Either way, Bolin achieved an impressive image. The last question is where the scene’s red glow comes from. Maybe it was red chem lights, or perhaps it was the burning coals of hellfire. Either way, remind me not to go to the apparently haunted range at Fort Bragg any time soon.