The 82nd Airborne Division has a new commander

Maj. Gen. Christopher LaNeve is back at the All-American Division. 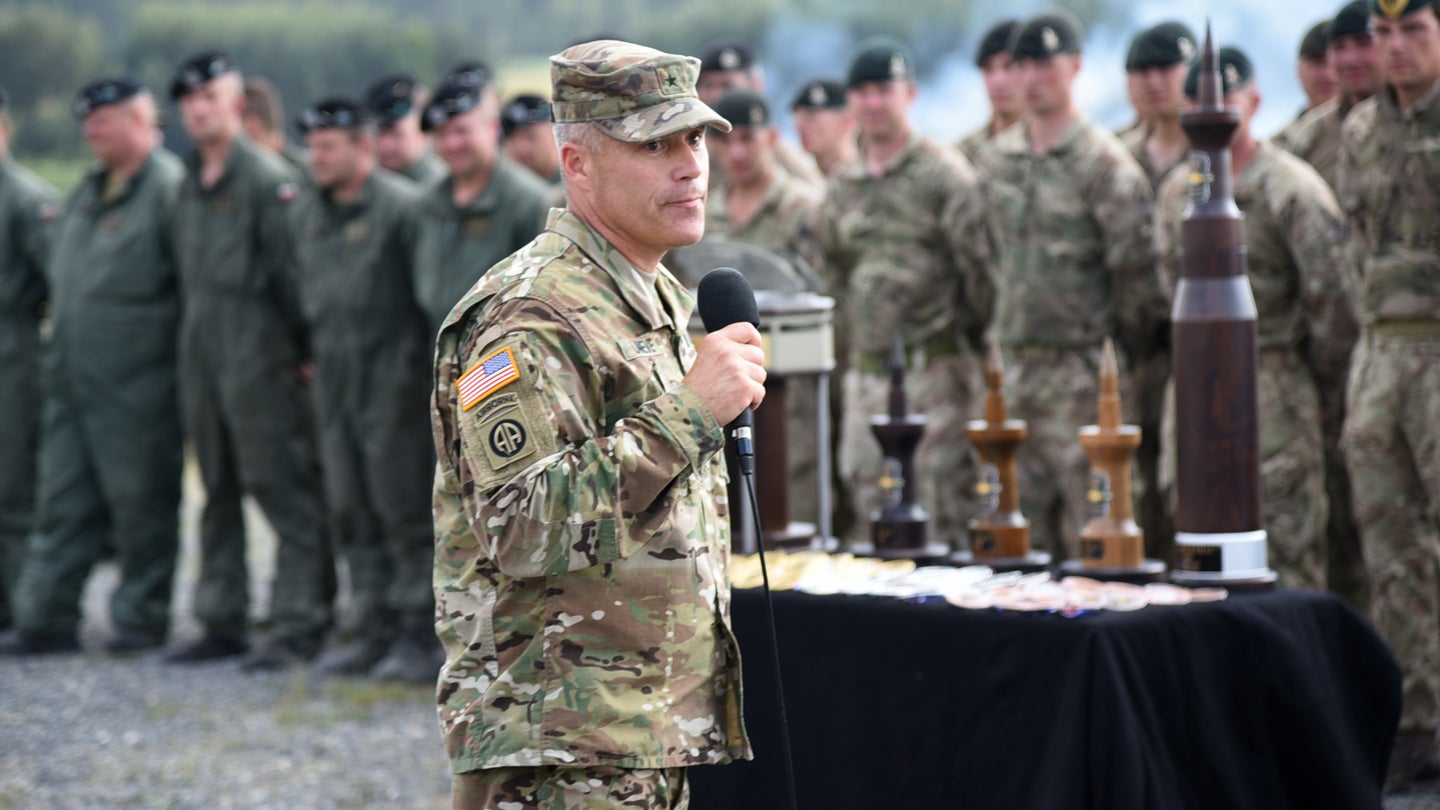 Maj. Gen. Christopher Donahue handed over command to LaNeve, who was serving as a deputy chief of staff in Army Forces Command, in Poland on Thursday. Paul Boyce, a spokesman for Army Forces Command confirmed LaNeve’s new role and extended “heartfelt congratulations to both generals and their families, as well to all of the soldiers of the 82nd Airborne Division serving America’s Army.”

Donahue, who was recognized last year as the last soldier out of Afghanistan, is now preparing to take command of the 18th Airborne Corps once the corps’ current commander, Lt. Gen. Michael “Erik” Kurilla, takes over as head of U.S. Central Command.

LaNeve takes over the 82nd as thousands of paratroopers remain in Poland, deployed in the weeks before Russia invaded Ukraine. The 82nd Airborne Division makes up the core of the Immediate Response Force, which can deploy within hours anywhere in the world. Every six months a brigade within the division becomes “IRF 1,” meaning they will be the first brigade to be called on to deploy.

The unit has been busy in recent years, having deployed three times in the last two years, which one division spokesman called “unheard of.”

Paratroopers with the 1st Brigade Combat Team were notified that they’d be rapidly deploying on New Year’s Eve in 2019, following an attack on the U.S. Embassy in Iraq by a pro-Iranian militia. In June 2020, the same brigade was sent to Washington, D.C., amid civil unrest after the killing of George Floyd. And then last August, more paratroopers were sent to Afghanistan as the U.S. withdrew troops and began evacuating civilians.

This isn’t LaNeve’s first time with the 82nd Airborne, nicknamed the All-American Division. He has previously served as the division’s deputy commander for operations. He has also served in Germany as the head of 7th Training Command under U.S. Army Europe.