“There was no question about what the expectations are.” 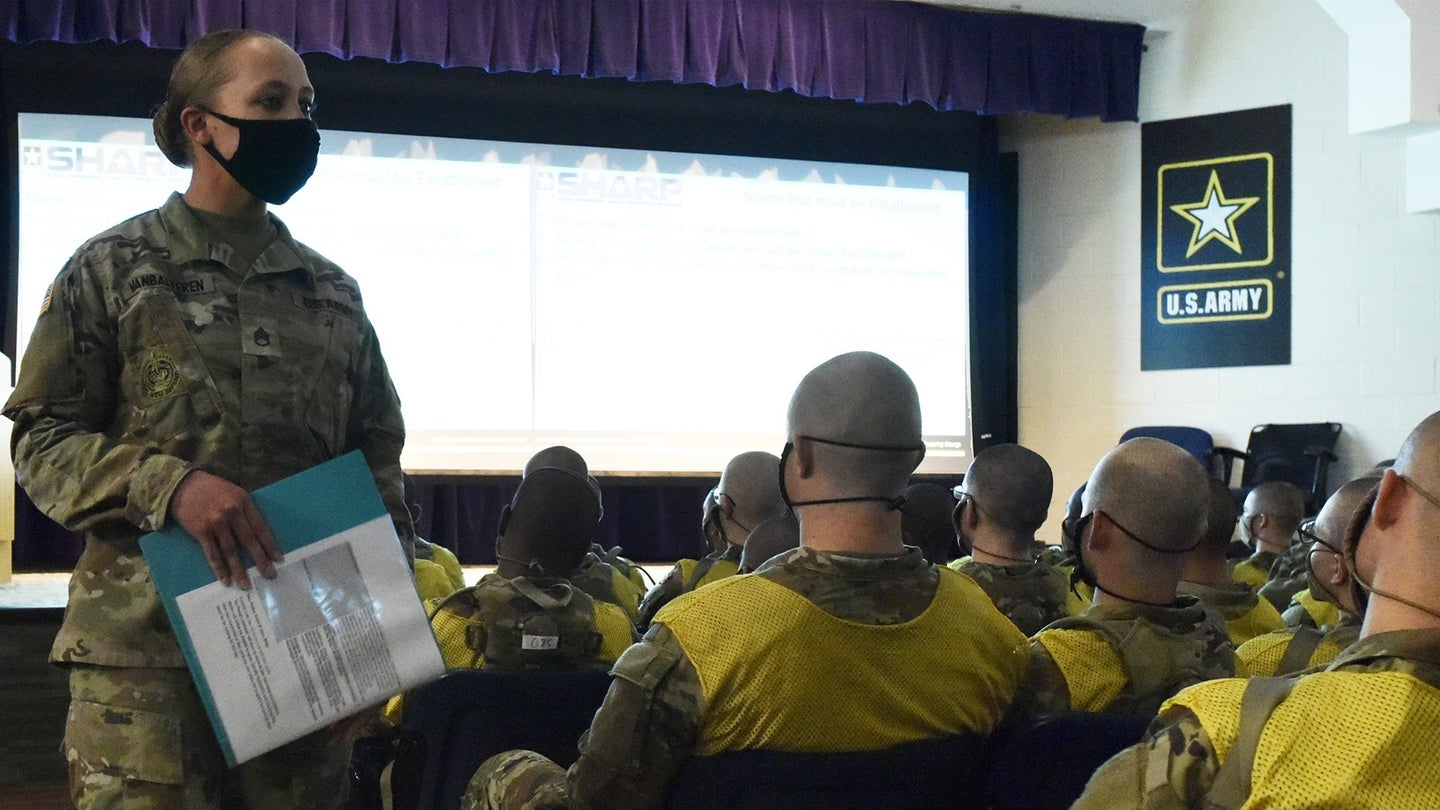 A change at one of the Army’s basic training installations has resulted in a huge drop in reports of abusive sexual contact and sexual harassment among recruits in their first weeks of joining the service.

Army recruits are now learning about the service’s Sexual Harassment/Assault Response and Prevention (SHARP) program “during the earliest stages of training,” according to a recent Army press release.

New recruits didn’t have sexual assault and harassment prevention training until “roughly two weeks into training” previously, despite the early days of training being “when most cases of inappropriate contact were reported.” Army officials touted a 72% decrease in SHARP reports in 2021 compared to 2020 due to the changes.

Sharon Mulligan, a spokeswoman for U.S. Army Training and Doctrine Command, said the preliminary results from Fort Leonard Wood, Missouri, one of the Army’s four basic training sites, “are very promising and the Army is looking at implementing these changes across the training base.” She added, however, that it’s too soon to have “enough data to measure its success” across Army training units.

Preliminary data from other installations is similar to findings at Fort Leonard Wood, an Army official told Task & Purpose on condition of anonymity.

The training at Fort Leonard Wood includes skits facilitated by a victim advocate over “common examples of sexual harassment and assault,” according to the press release. One scenario includes a soldier attempting “to inappropriately touch another soldier while demonstrating a workout technique.” Another looks at an instance in which two soldiers are overheard rating the looks of other soldiers in their unit. The training also addressed the different kinds of reports victims can make.

“We are trying to demonstrate what we’ve seen, so we can hopefully prevent future incidents from happening,” said Lillard. “We want to set these trainees up for success by showing them that the Army does not tolerate this kind of behavior.”

The Army’s SHARP program is undergoing major changes as a result of an independent committee’s review of Fort Hood, Texas, which found major flaws with the SHARP program and senior leaders that many believe are issues across the Army. The committee’s report, commonly referred to as the Fort Hood report, spurred the Army to create its People First Task Force to address the report’s findings.

While the change in how recruits are introduced to the SHARP program in basic training wasn’t one of the 70 recommendations in the Fort Hood report, it’s likely a result of service leaders being forced to confront the way they’ve done things in the past. That introspective approach was displayed at the 18th Airborne Corps earlier this year, when soldiers in the roughly 90,000-strong unit pitched their own ideas for how to improve the SHARP program.

Those ideas included using tools like virtual reality — something the Air Force is also exploring to help teach airmen how to answer questions about the service’s sexual assault programs — and recruiting film schools to help make training more realistic. Staff Sgt. Shameka Dudley, who pitched the idea of using virtual reality to conduct training, said one of the biggest problems with SHARP training is that “there’s a lack of empathy,” but with her training, “you could put someone that has never seen it, never witnessed it and they could be like, ‘I can see how that could affect someone.’”

“Everything was pretty well defined,” Spc. Michael Thompson said. “There was no question about what the expectations are.”