The soldier was arrested earlier this month. 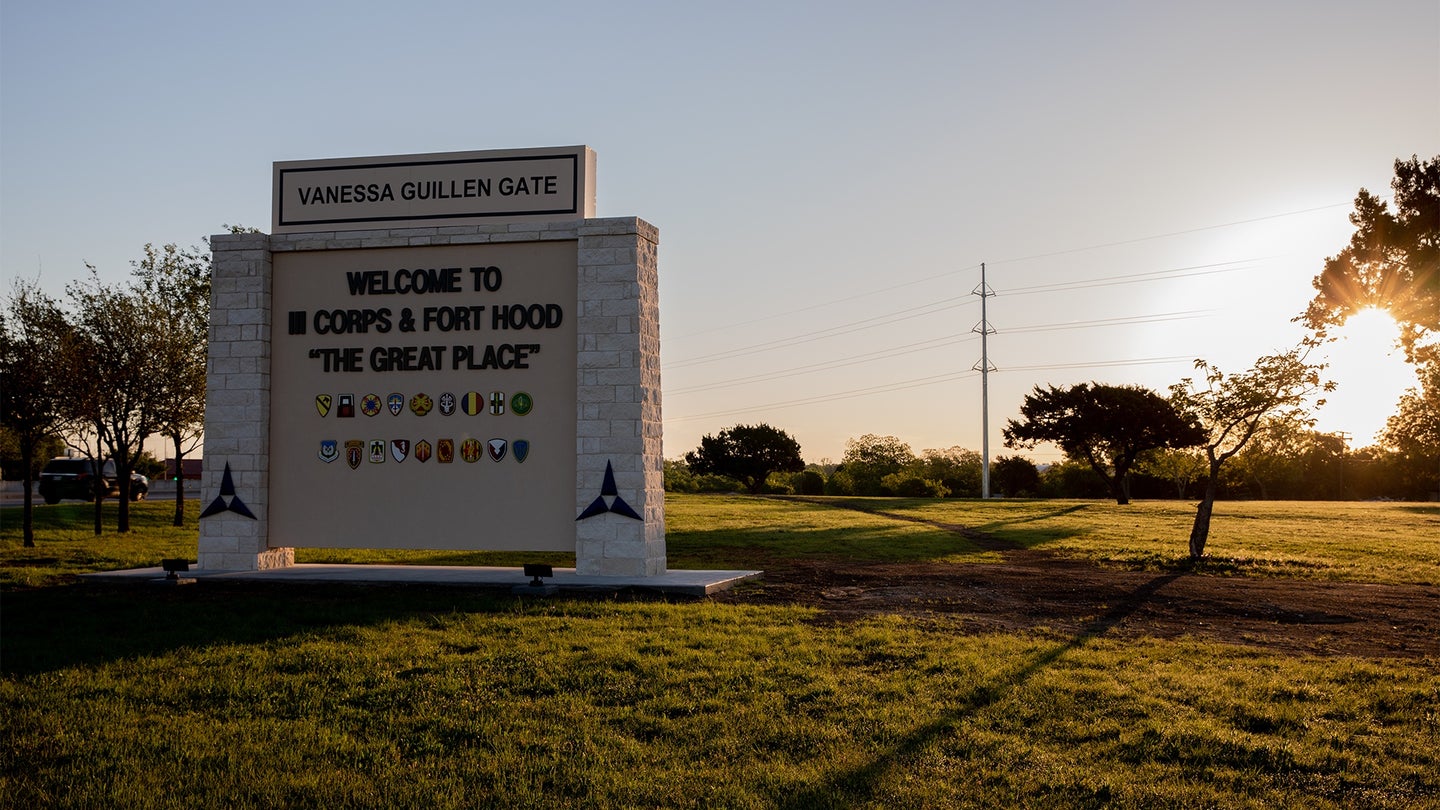 The sun rises at the Vanessa Guillén gate before the arrival of a Congressional Delegation at Fort Hood, Texas, May 5, 2021. (U.S. Army Photo by Sgt. Evan Ruchotzke)
SHARE

A 29-year-old soldier at Fort Hood, Texas was arrested earlier this month after  U.S. Army Criminal Investigation Division allegedly linked him to multiple sexual assaults that had occurred on the post.

According to Stars and Stripes, the soldier, assigned to the 36th Engineer Brigade, was detained on Oct. 2 entering a gate at Fort Hood after being accused of sexually assaulting another soldier.

Army CID officials said that the soldier was a suspect in multiple unsolved sexual assault cases at Fort Hood based on commonalities between the different cases that the agency noticed in July.

The agency would not, however, disclose how many of these cases the soldier was a suspect in or how long he had targeted other soldiers, as the investigation is still ongoing.

Army CID did not respond to a request for comment from Task & Purpose.

While sexual assault and harassment have been a problem across the Army for decades, Fort Hood in particular has seemingly been at the center of an issue that the Army is increasingly focused on preventing.

It was at Fort Hood in April 2020 that Spc. Vanessa Guillén disappeared. Her body was later found in June of that year. A year after her disappearance, the Army released the findings and recommendations of its investigation, which found that Guillén, who was murdered by Spc. Aaron Robinson, was also being sexually harassed by a noncommissioned officer in her unit. The report also detailed that Robinson — who took his own life the day after Guillén’s body was found — had been reported for sexual harassment by another female soldier at Fort Hood.

Separately in 2021, the RAND Corporation released a study conducted between August 2017 and July 2018 that looked at the risk of sexual assault and harassment female soldiers faced at various Army installations. Fort Hood was cited as the base where female soldiers faced the highest risk of sexual assault and harassment. The study found that 8.4% of the estimated 5,883 women serving at Ford Hood during the timeframe of the study had been sexually assaulted.

Guillén’s death and the Army’s initial response prompted the establishment of the Fort Hood Independent Review Committee, whose findings detailed an installation where “there were many incidents when a courageous female soldier would speak up regarding her experiences with the SHARP Program or the flaws in the program, only to be contradicted and even ridiculed by other male members in the group in front of both the interviewer and the JAG Officer annotating responses,” according to the report.

The committee also detailed 70 recommendations to overhaul Army CID, Sexual Harassment/Assault Response Prevention programs, and quality of life for soldiers. The Army says it has currently completed 65 of those recommendations.