More than 200 soldiers have tested the prototypes so far. 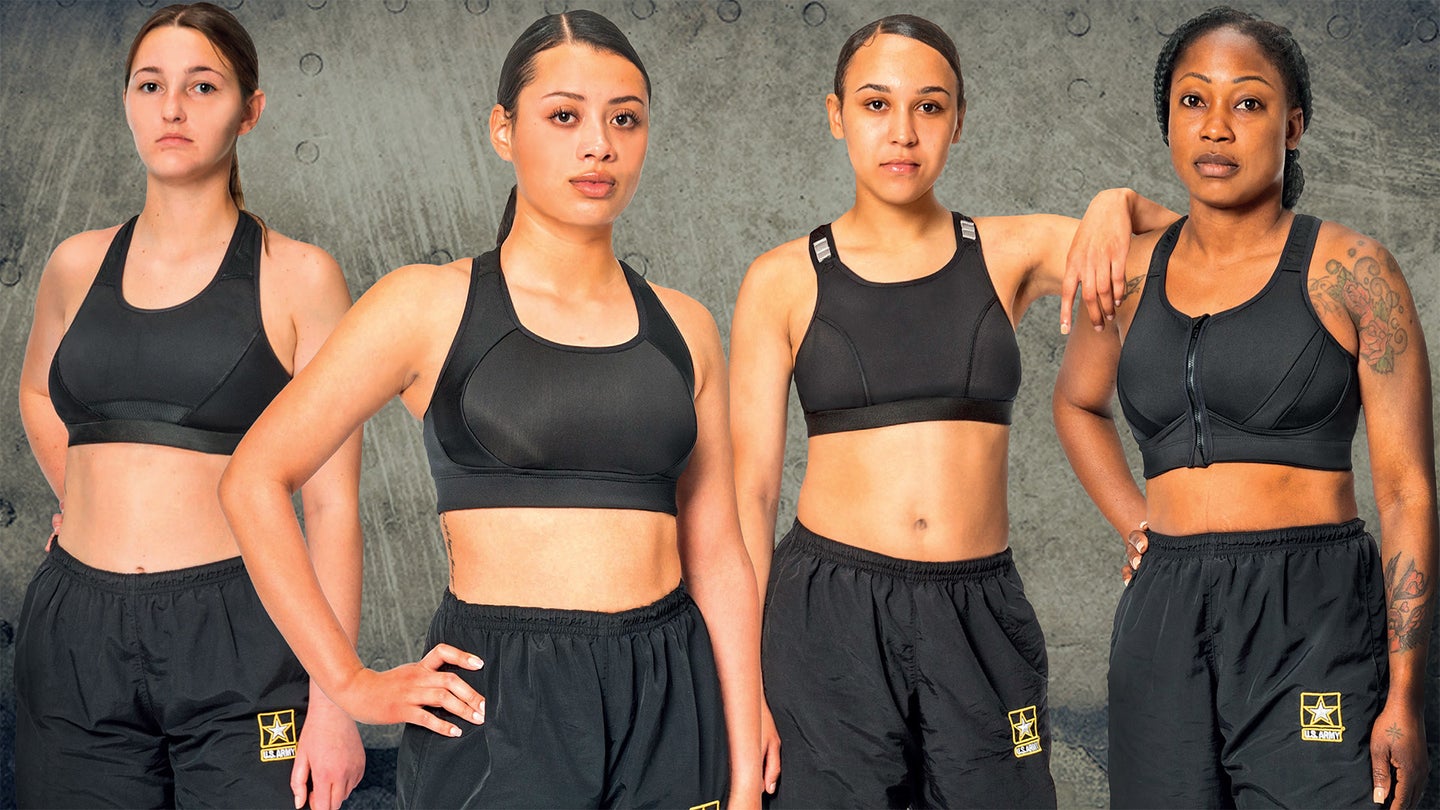 The Army’s efforts to provide women with better fitting uniforms and protective equipment now includes testing prototypes for a more functional brassiere for women to wear with their body armor and other combat gear, Army officials said.

Now, guys: Before you have a meltdown and claim the military has gone “woke,” please remember that the military often tests new uniforms and gear that are meant to save troops’ lives. When roadside bombs became the scourge of the Iraq and Afghanistan wars, military officials tested tactical undergarments meant to protect male soldiers from castration and death. In other words: A military branch testing out tactical undies for its troops is nothing new.

By July 2016, nearly 1,400 Iraq and Afghanistan veterans had suffered wounds to their pelvises and groins that made it difficult or impossible for them to have children, Patricia Kime reported for Military Times at the time.

More recently, Military Times reported on the four Army Tactical Brassiere prototypes being tested as one of many efforts underway to make sure that female soldiers are better prepared to fight and win. Although it took the service two decades, the Army has finally recognized that women do not have the same types of bodies as men, so they need body armor designed specifically for women’s bodies.

This bra will be tactical gear rather than sportswear. The Army is working to make sure it works well with other equipment and body armor, and that it provides soldiers with added protection, according to Army Acquisition, Logistics, and Technology Magazine. For example, Army officials are testing fire-resistant fabrics to keep female soldiers safe.

The Army Combat Capabilities Development Command Soldier Center will review feedback from more than 200 soldiers who have tested the prototype bras, the magazine reported in February. Those soldiers are assigned to Fort Riley, Kansas; Fort Benning, Georgia; and Joint Base Lewis-McChord, Washington.

“The overall goal is to produce garments that not only protect the user but reduce the cognitive burden on the female soldier caused by discomfort and ill fit,” Ashley Cushon, who is leading the program at the Soldier Center, told the magazine. “Achieving this will improve the soldier’s overall readiness and performance levels, allowing them to focus on their mission.”

The Army Uniform Board will decide this fall whether the service will go forward with the program and issue the bra to all female soldiers, said David Accetta, a spokesman for the Soldier Center. If it becomes a program of record, the Army Tactical Brassiere would then fall under the purview of Program Executive Office Soldier.

For years, the military has promised to provide women with better fitting gear, including helmets designed for wear on a hair bun and body armor that fits flush against the skin of female service members. So far, there has not been much progress on those fronts.

“What we see is that when you have an opening in body armor, whether it’s body armor that is too large for someone or too small for someone, you do get injuries that are very unique to that,” Sen. Tammy Duckworth (D-Ill.) told Task & Purpose in January 2021. “And there are certainly injuries that come as a result of female service members have ill-fitting body armor.”

The Army – and the rest of the military – still have a long way to go.