"Keep these Marines and their loved ones in your thoughts and prayers." 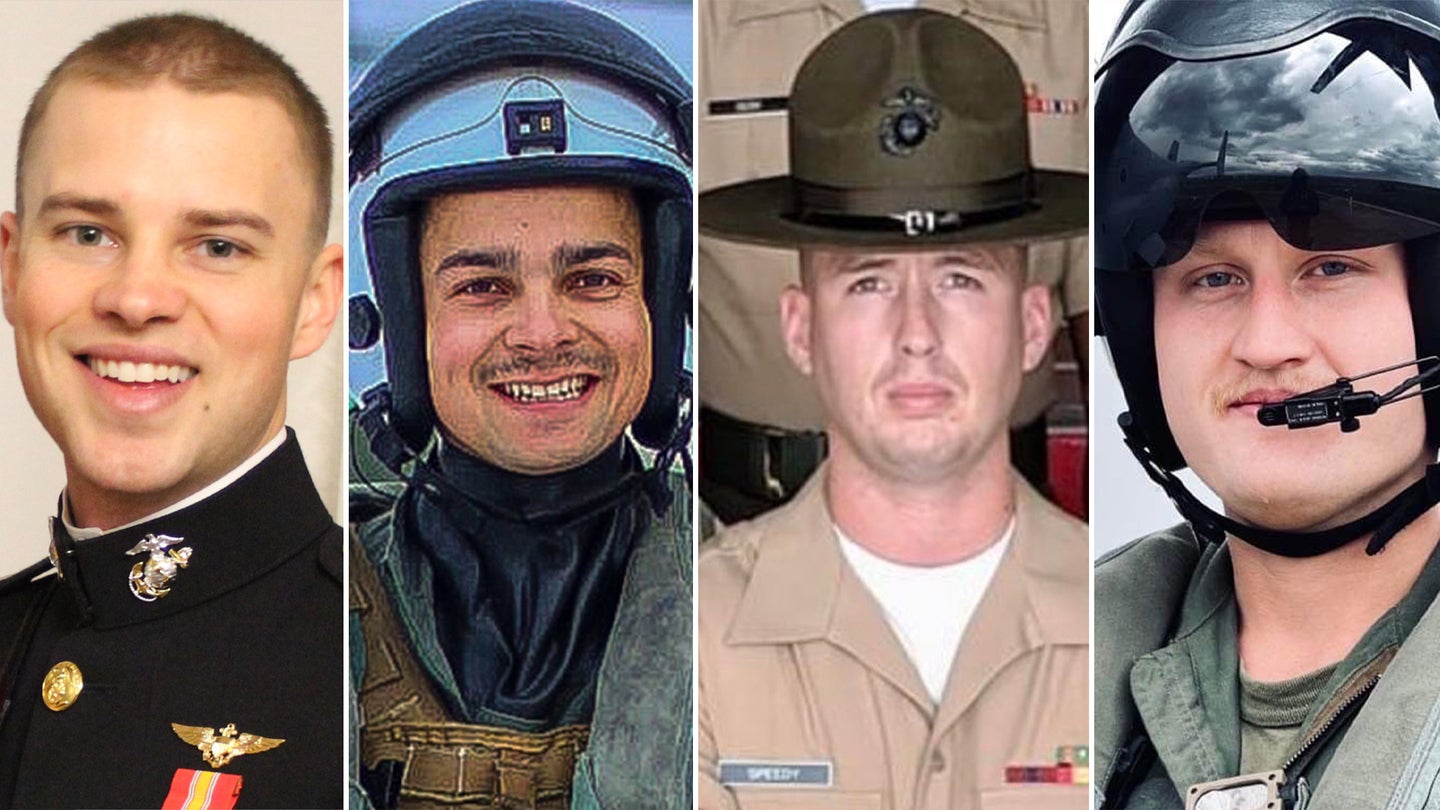 All the Marines were assigned to Marine Medium Tiltrotor Squadron 261 based at Marine Corps Air Station New River, North Carolina, and they were taking part in Exercise Cold Response 2022 when their Osprey went down during a training flight south of Bodo, Norway, according to II Marine Expeditionary Force. The cause of the crash is under investigation.

“The pilots and crew were committed to accomplishing their mission and serving a cause greater than themselves,” Maj. Gen. Michael Cederholm, commander of the 2nd Marine Aircraft Wing, wrote in a letter to Marines and their families.

Each of the Marines who died left his unique impression on the Corps. Tomkiewicz, an MV-22B pilot, was originally from Fort Wayne, Indiana, and he joined the Marine Corps on June 18, 2015. His military awards include the National Defense Service Medal, Global War on Terrorism Medal, and Sea Service Deployment Ribbon.

Reynolds also served as an MV-22B pilot. He came from Leominster, Massachusetts, and he joined the Marines on May 13, 2017. His decorations include the National Defense Service Medal, the Global War on Terrorism Service Medal, the Sea Service Deployment Ribbon and several certificates and letters of appreciation.

Moore was an MV-22B Osprey crew chief, who joined the Marines on Aug. 20, 2018. Originally from Catlettsburg, Kentucky, his military awards include the Marine Corps Good Conduct Medal, the National Defense Service Medal, and the Global War on Terrorism Service Medal.

The dignified transfer ceremonies for the four Marines are expected to take place soon.

their service on the forefront of our minds,” Cederholm wrote in his letter. “We will never allow these Marines’ sacrifice to go unnoticed or unappreciated. Keep these Marines and their loved ones in your thoughts and prayers.”