More than 100 aircraft are being inspected and having propeller assemblies changed out for newer models. 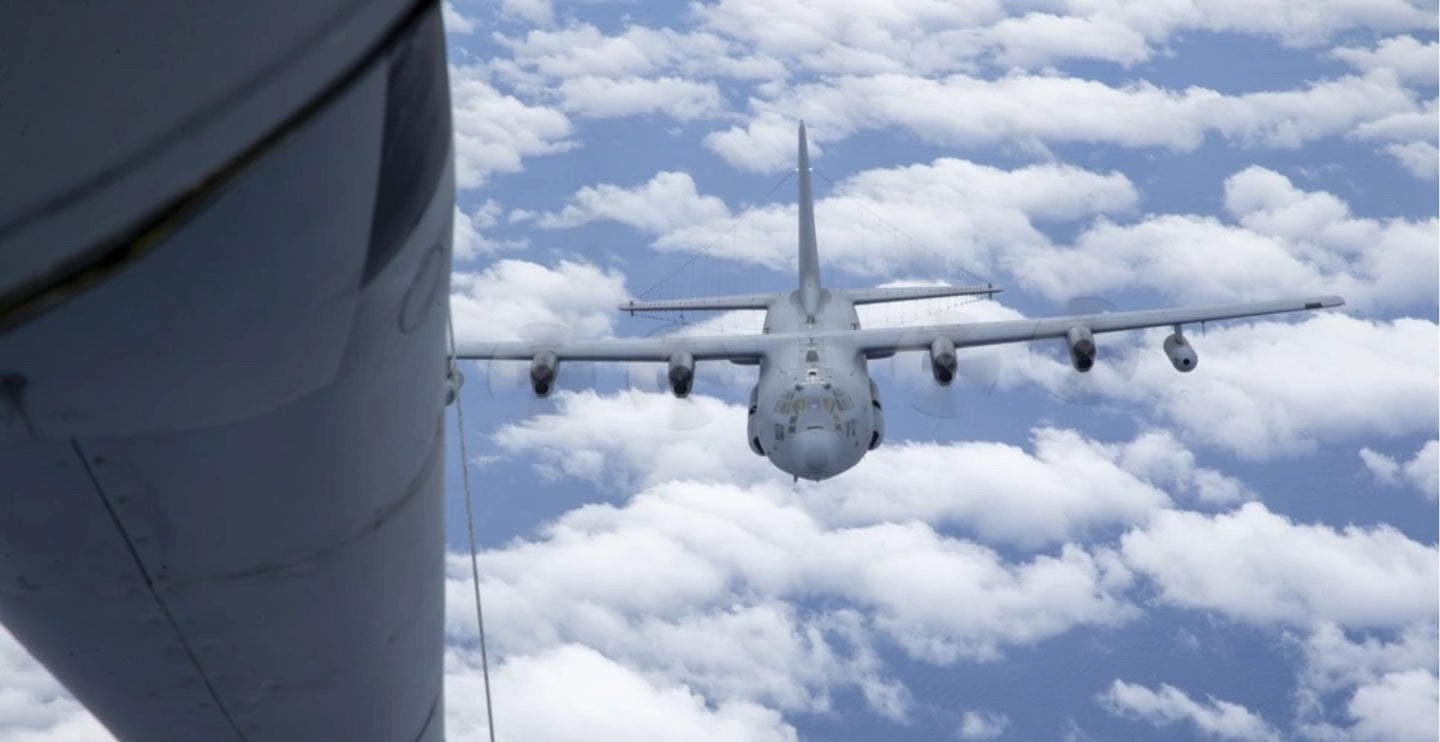 The U.S. Air Force has stopped flights of more than 100 of its workhorse cargo plane, citing a need to fix defective propeller barrel assemblies. If not fixed, the issue could crack propellers and endanger planes and crew.

USAF Air Mobility Command confirmed to Task & Purpose that 116 planes, most of C-130Hs including variants, are grounded. Air Mobility Command has 128 C-130H planes. Following an engine run check at Warner Robins Air Logistics Center, airmen found a leak in one of the propellers.

“When the propeller assembly was removed and turned into the WR-ALC Prop Shop, a technician noted a crack in the propeller barrel assembly. Upon subsequent inspections, two additional propeller assemblies were discovered with the same issue,” Air Mobility Command said in a statement to Task & Purpose. “These discoveries drove the first safety time compliance technical order (TCTO) to conduct a field level visual inspection on all C-130H model aircraft with the 54H60 props installed. After additional review, including metallurgical and detailed stress analysis, the command released an immediate-action TCTO directing replacement of a variety of specific suspect propellers.”

The issue is specific to planes with 54H60 propellers. A cracked propeller barrel assembly presents “significant risk” for planes in flight, USAF said. The grounding order does not impact C-130H aircraft that have the newer NP2000 propeller assembly, nor the Air Force’s C-130J models. It is not immediately clear how this will impact Air Mobility Command’s operations.

The Air Force has ordered the pieces be replaced with newer NP2000 propeller assemblies to avoid any safety risks. However, the “time to resolution” isn’t clear, but Air Mobility Command said that USAF is aggressively working to get the aircraft operations restarted. Several dozen C-130Hs has a similar issue in 2019, which resulted in a brief grounding as well.

The news was first shared on an unofficial Air Force Facebook page, with a user posting a screenshot of a time compliance technical order for the planes, which mentioned grounding them.

Aircraft require ongoing maintenance and inspection in order to stay flight ready. The Air Force so often finds issues in need of repairs on its aircraft that a “black letter” maintenance report — so called because there are no issues written on it in red ink — is “super rare.”

The defective propeller barrel assembly with the C-130H fleet is the latest issue with the service’s aircrafts. In August, Air Force Special Operations Command grounded its fleet of V-22 Ospreys due to a hard clutch engagement problem; they were cleared for flight in September, but the problem was given a workaround, not fully fixed.

David Roza contributed to this article.