I love the smell of reenlistment in the morning. 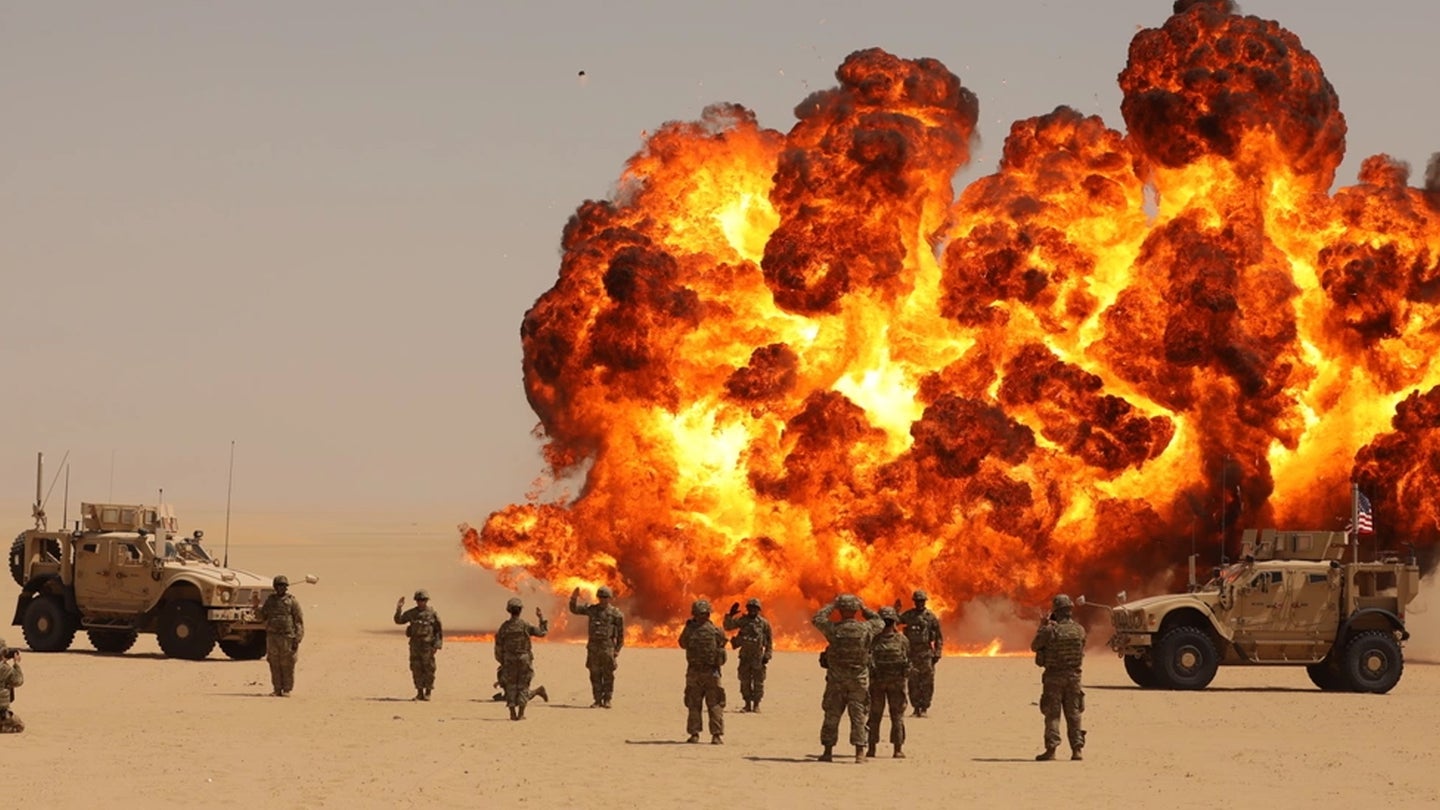 The U.S. military usually goes to great length to portray itself as frugal, humble, professional defenders of America. But service members have one opportunity to let their hair down a little and let everybody see it: reenlistment photos.

With reenlistment photos, service members renew their oaths to keep getting ordered around for another few years, and in exchange, they hopefully get a bonus (of some kind) and they usually get to do it in front of something fun, awesome or silly. In the past, that has included dressing up as an Imperial stormtrooper, standing on the anchor of an aircraft carrier, diving 70 feet under water, standing on the South Pole, or while choking on gas in a gas chamber.

Given the hallowed space that reenlistment photos hold in the military, it makes sense that the Department of Defense decided to select one such photo as one of its best images of 2021.

While the military is good at a lot of things, blowing stuff up is one of its specialties. So what could be more motivating than re-enlisting while one of those explosions goes off in the background? Five soldiers seemed to be thinking the same thing when they held up their right hands in the desert of the Explosive Ordnance Disposal Range at Camp Buehring, Kuwait on Sept. 8, 2021.

During the ceremony, “a ‘fireball’ detonation was constructed to make the reenlistment more memorable,” says the caption of a photo taken of the event. The trick worked, and now the photo, taken by Spc. Elorina Santos, is one of 80 on the Department of Defense’s list of best photos of 2021.

The soldiers were from the Division Special Troops Battalion, 3rd Division Sustainment Brigade and 541st Combat Sustainment Support Battalion. But they are not the first to re-enlist in front of a massive fireball. One notable example was Staff Sgt. Andrew Petrulis, an Air Force explosive ordnance disposal specialist, who raised his right hand at Kandahar Air Field, Afghanistan on Oct. 27, 2008, while what looks like a mini-hydrogen bomb goes off behind him.

Even more striking is the fact that, unlike the soldiers, Petrulis was not wearing body armor, and the explosion looks like it went off at nearly the same distance away. That just confirms what everybody knew already: EOD troops are nuts.

Then again, maybe they’re not the only ones. Be sure to check out the hair-raising antics other service members are up to, as documented by the rest of the DoD’s best military photos of the year here. We’ve selected a few below that stood out to us.