Her team trained girls as young as 10 to use automatic weapons and suicide belts. 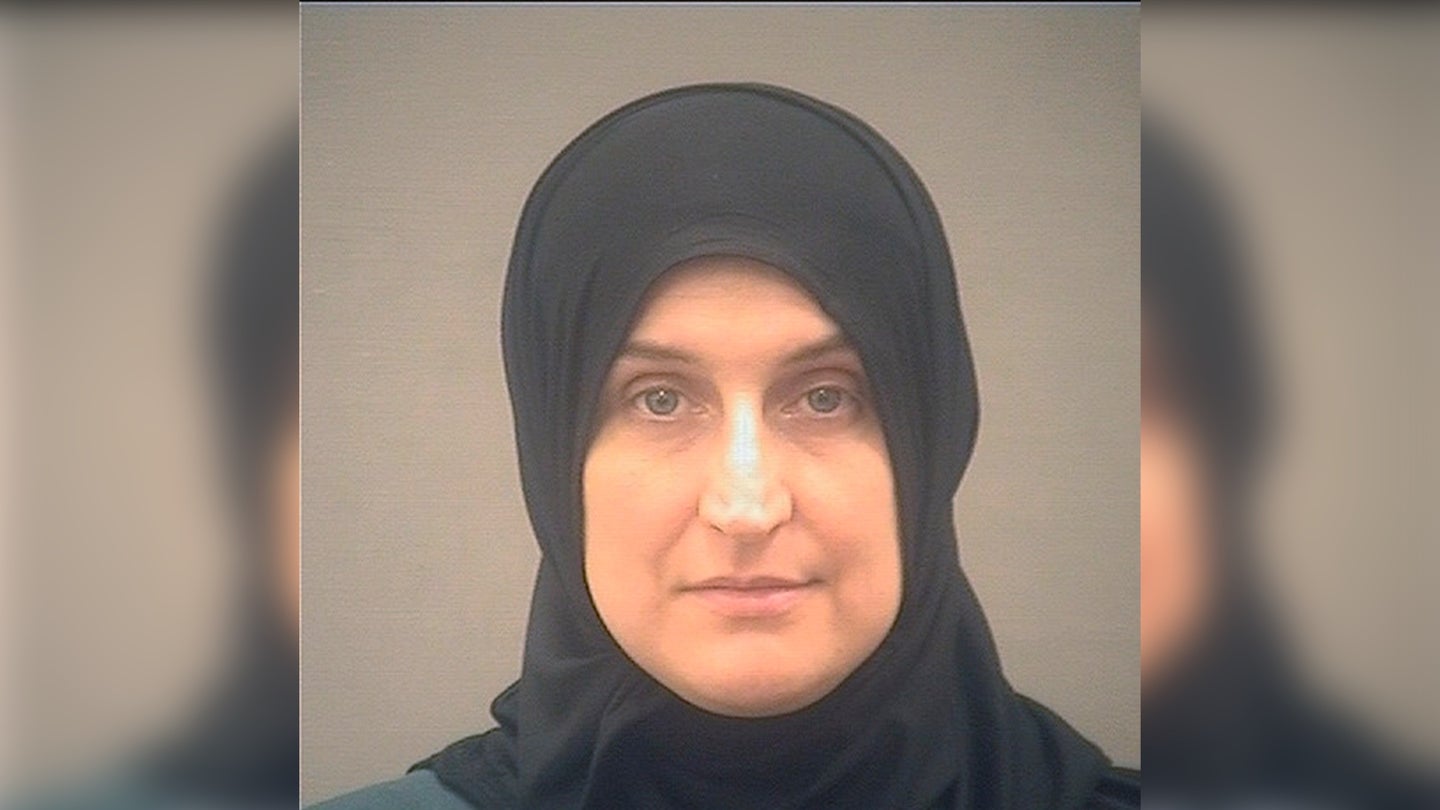 A Kansas woman who spent years leading an all-female battalion of the Islamic State group in Syria was sentenced this week to 20 years for providing material support to ISIS.

Allison Fluke-Ekren, 42, organized the “Khatibah Nusaybah,” a unit comprised solely of women married to ISIS fighters. While leading that group, she trained more than 100 women and girls, some as young as 10 years old, on the use of automatic weapons, grenades, and suicide belts.

According to court documents, Fluke-Ekren was also involved in “planning and recruiting operatives for a potential future attack on a college campus in the United States,” as well as “translating speeches made by ISIS leaders, training children on the use of AK-47 assault rifles and suicide vests, and teaching extremist ISIS doctrine.

She pleaded guilty to the charges against her in June.

Fluke-Ekren was born in Overland, Kansas, and worked as a teacher in Kansas City, Missouri, before moving to Egypt with her second husband and children in 2008. It was there, family members told prosecutors, that she began to become more involved in extremist ideology.

Fluke-Ekren and her second husband moved to Benghazi, Libya in 2011. There, they reportedly helped review and translate government documents stolen during the 2012 terrorist attack on the U.S. Special Mission and CIA Annex in Benghazi.

Months later, Fluke-Ekren’s second husband made his way to Syria, while she moved to Turkey. Fluke-Ekren would remain in Turkey until 2014, during which time her second husband “became the ‘emir’ (leader) of ISIS snipers in Syria,” according to court documents.

Once in Syria, multiple witnesses told prosecutors that Fluke-Ekren discussed how to conduct terrorist attacks in the United States, according to court documents.

By 2016, Fluke-Ekren’s second husband and her five-year-old son had been killed in unspecified airstrikes, and she was living in Raqqa, Syria, where she established a women’s center. At the women’s center, Fluke-Ekren “provided and assisted other female ISIS members in providing training to numerous women and young girls on the use of automatic firing AK-47 assault rifles, grenades, and explosive suicide belts,” according to court documents.

The Khatiba Nusaybah was formally established in early 2017. According to court documents, the purpose was “to teach female ISIS members how to defend themselves against ISIS’s enemies, including helping male fighters defend ISIS-controlled Raqqa.”

Additionally, the group “provided certain members with instruction on physical training ­including martial arts, medical training, VBIED driving courses, ISIS religious classes, and how to pack and prep a ‘go bag’ with rifles and other military supplies.”

According to court filings, Fluke-Ekren claimed to have remained with ISIS until 2019, during which time a third and fourth husband – both ISIS members – were killed. She surrendered to Syrian authorities in 2021 and was turned over to U.S. custody in January.

During the sentencing hearing this week, Fluke-Eklen’s now-adult daughter described being forced to marry an ISIS fighter, who then raped her, when she was just 13 years old.

“She abandoned me … to my rapist,” Fluke-Ekren’s daughter told the court on Nov. 1.