"It is still hard to say goodbye to a unit that has so completely defined the experience of being a Marine." 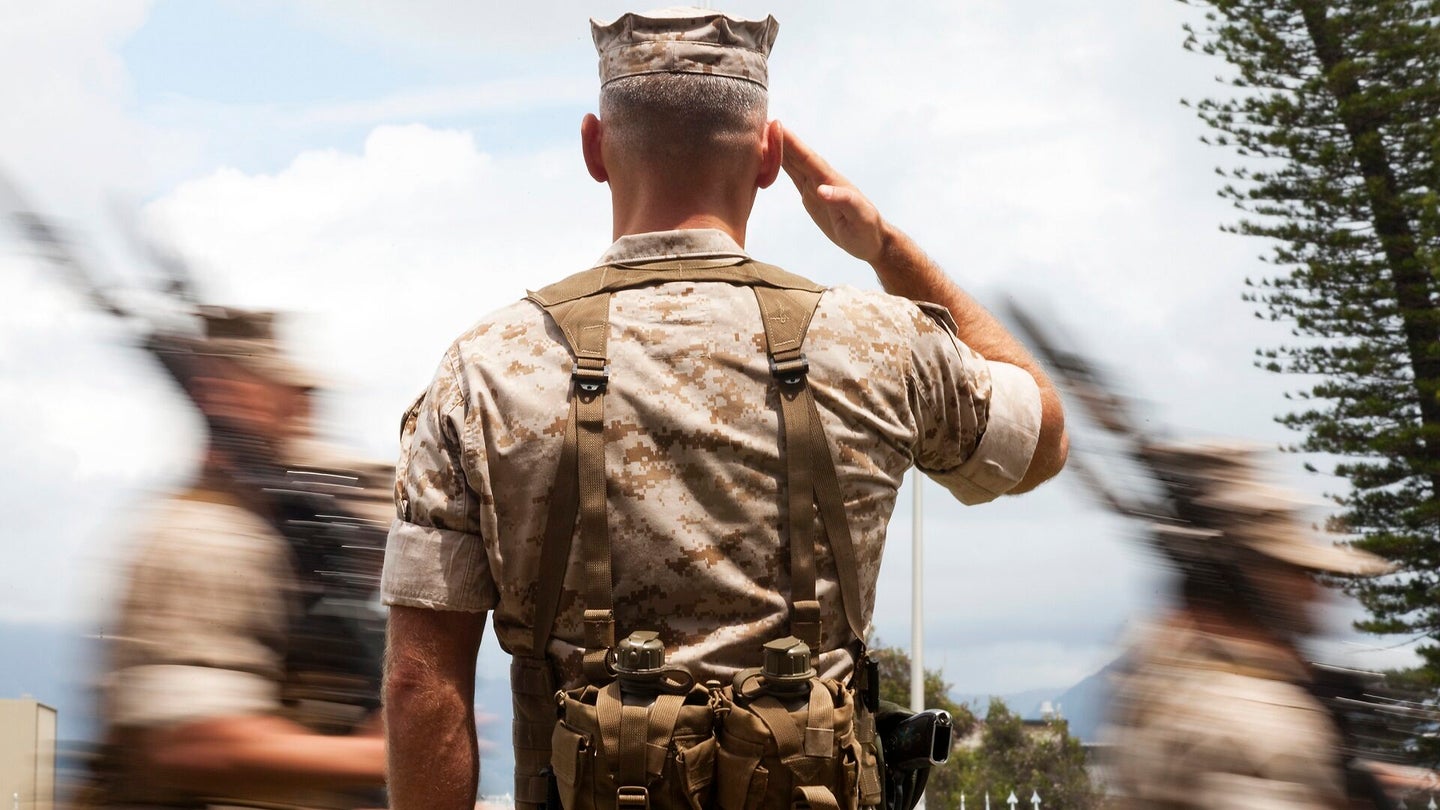 Since 1942, the Marines and sailors with 2nd Battalion, 3rd Marines have fought their way through the Pacific, Vietnam, Kuwait, Iraq, and Afghanistan. Now the “Island Warriors” will case their colors on Friday.

The unit is “one of the finest and storied battalions currently in the Marine Corps,” Lt. Gen. James W. Bierman, commander of III Marine Expeditionary Force, wrote in a recent memo.

Among the battalion’s many accomplishments, Bierman credited the Island Warriors for breaking the back of the enemy insurgency during its deployment to Western Iraq from September 2006 to April 2007. During that time, Sunni leaders partnered with U.S. troops to fight Al Qaeda terrorists in a movement known as the “Anbar Awakening.” Their victory proved to be the turning of the tide in the Iraq war.

“All of us are first and foremost United States Marines, but it is still hard to say goodbye to a unit that has so completely defined the experience of being a Marine,” Bierman wrote. “Take solace in the fact that the proud and positive memories and the strong relationships will endure.”

After being stood up in 1942 at New River, North Carolina, the Island Warriors landed on the beaches of Bougainville, Guam, and Iwo Jima, Japan. Pfc. Leonard F. Mason served with the 2nd Battalion, 3rd Marines on Guam and was posthumously awarded the Medal of Honor for single-handedly taking out two Japanese machine guns.

“On his own initiative, Mason climbed out of the gully, moved along parallel to it and towards the rear of the Japanese positions and cleared them out despite receiving repeated wounds from rifle and machine gun fire,” according to an official history of the 3rd Marine Regiment. “He killed five of the enemy and wounded another before rejoining his platoon to report the results of his action. Mason then permitted himself to be evacuated, but he later succumbed to his wounds.”

Twenty years later, the battalion deployed to Vietnam. Retired Marine Gen. James Jones, who served as Marine Corps commandant from 1999 to 2003, was both a platoon and company commander for the Island Warriors in 1967 and 1968.

Another well known Marine from the battalion is Pfc. James Anderson, who had recently turned 20 years old when his patrol was ambushed on Feb. 28, 1967. Anderson saved his fellow Marines during the battle by pulling an enemy grenade to his chest and using his body to absorb the explosion. For giving his life to save others, Anderson was posthumously awarded the Medal of Honor, making him the first Black Marine to receive the military’s highest award for valor.

The Marines and sailors with 2nd Battalion, 3rd Maines later took part in some of the most bitter fighting of the Vietnam War during the spring of 1967. A total of 168 Marines from various units were killed and another were wounded in April and May of that year, Marine Corps Reservist Rod Andrew wrote in “Hill Fights: The First Battle of Khe Sanh 1967.”

That battle helped to prompt Congress to look into problems with the M-16 rifle after so many Marines reported that the weapons had jammed in combat, costing lives. One Marine wrote in a letter that a lawmaker read aloud in May 1967, “Practically every one of our dead was found with his rifle torn down next to him where he had been trying to fix it.”

In 1971, the Island Warriors moved to their current home of Marine Corps Base Hawaii, Kaneohe Bay. Since then, the battalion has taken part in the Persian Gulf War as well as operations in both Afghanistan and Iraq. The Island Warriors’ last combat deployment was to Nawa District, Afghanistan, from November 2010 until June 2011, during which one of the battalion’s companies was sent to northwestern Marjah A police mentor team from the battalion was also deployed to Sangin under the 3rd Battalion, 5th Marines.

Now the battalion is being deactivated as part of Marine Corps Commandant Gen. David Berger’s plan to transform the Corps by 2030, said Capt. Kevin J. Smith, a spokesman for the 3rd Marine Division. Under the plan, the 3rd Marine Regiment is being reorganized as the 3rd Marine Littoral Regiment, which will partner with the Navy to fight again in the Pacific, if needed.

Lt. Gen Bierman noted that while the battalion’s colors are being cased, this may not be the end of 2nd Battalion, 3rd Marines’ story.

“The battalion was first deactivated in 1945, only to return to duty a short six years later for over seven decades of honorable and faithful service,” Bierman wrote. “If at some time in the future the Corps and Nation again call, the proud colors and streamers of 2/3 will once again be uncased.”