The SEC says he blew the money on GameStop stocks and gambling. 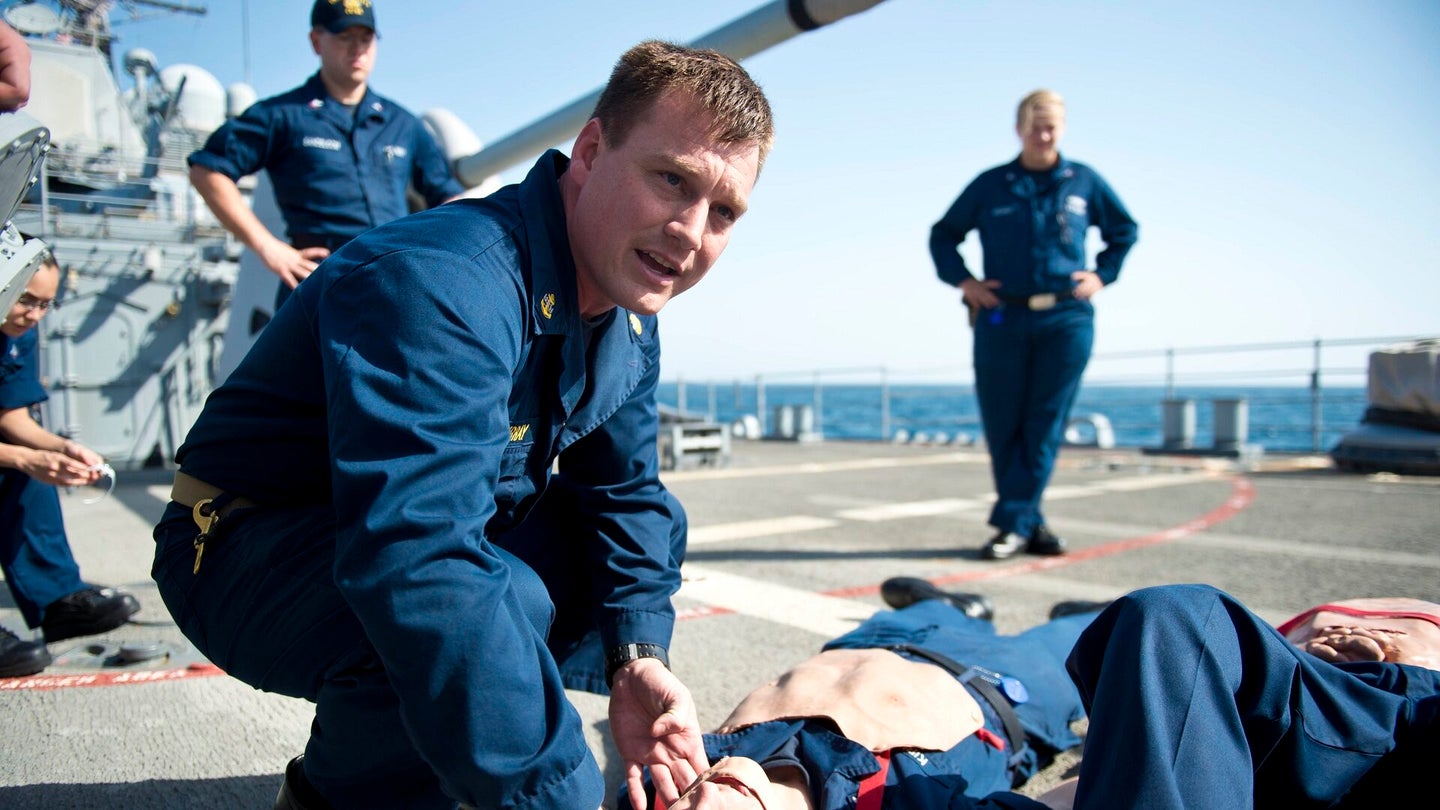 A retired Navy chief petty officer has been charged with multiple counts of fraud by the Securities and Exchange Commission after he allegedly raised almost $355,000 for an investment fund that targeted other veterans and service members, but instead spent almost half of that money on gambling and personal expenses.

Murray, who retired from the Navy as a chief hospital corpsman in 2018, started Deep Dive Strategies LLC, or DDS, in September 2020. Murray used social media to “post about his purported successes in trading options contracts during the height of the Covid-19 pandemic,” according to SEC filings.

Murray would also stream his supposed trading activity on the social media platform Discord, and touted his investment success in a Facebook group popular with thousands of current and former Navy servicemembers, called the “Goats Facebook Group.”

Over the next six months, Murray “used the veneer of trustworthiness created by his U.S. Navy service to raise nearly $355,000 from approximately 44 investors — most of whom also were affiliated with the Navy, either as active duty service members, reservists, or veterans,” according to the SEC.

Unfortunately, while Murray told his investors that the fund would invest in publicly-traded securities, he almost immediately began spending much of that money on himself.

That includes using the fund’s debit card for a $638.99 purchase at Helzberg Diamonds in October 2020, three days after DDS received its first funds.

All told, investigators say Murray misappropriated roughly $148,000 from the fund, including $8,700 in debit card expenses and checks, $83,500 in cash withdrawals and $58,800 that was transferred into his own personal account.

Murray used some of this money to gamble at various casinos near Cleveland and around the midwest.

On February 2, 2021, investigators say Murray transferred $10,000 from the fund to his own personal account, which had less than $1,000 in it at the time. Nine minutes after making the transfer, Murray purchased $10,4000 in chips at a Cleveland casino. Murray made similar withdrawals while visiting casinos in Indiana, Wisconsin and elsewhere in Ohio.

What money Murray did invest, he did so quite poorly. The fund was nearly broke after January 13, 2021, when Murray “lost a significant amount in GameStop options contracts,” according to the SEC.

Murray’s last trade was made 10 days later. SEC documents describe it as “risky” and it left the fund with a value of $161.98, which Murray withdrew.

Murray had told investors they could withdraw their money at the end of 2021, but cut off contact with them in March of that year. He reportedly announced he was willing to shut down the fund in August 2021 and allow investors to redeem their money, but never did so.

“To date, no Fund investors have received any return from the Fund,” reads the SEC complaint.

In investing or in life, it’s probably always good advice to tread cautiously when someone is bragging on Facebook.