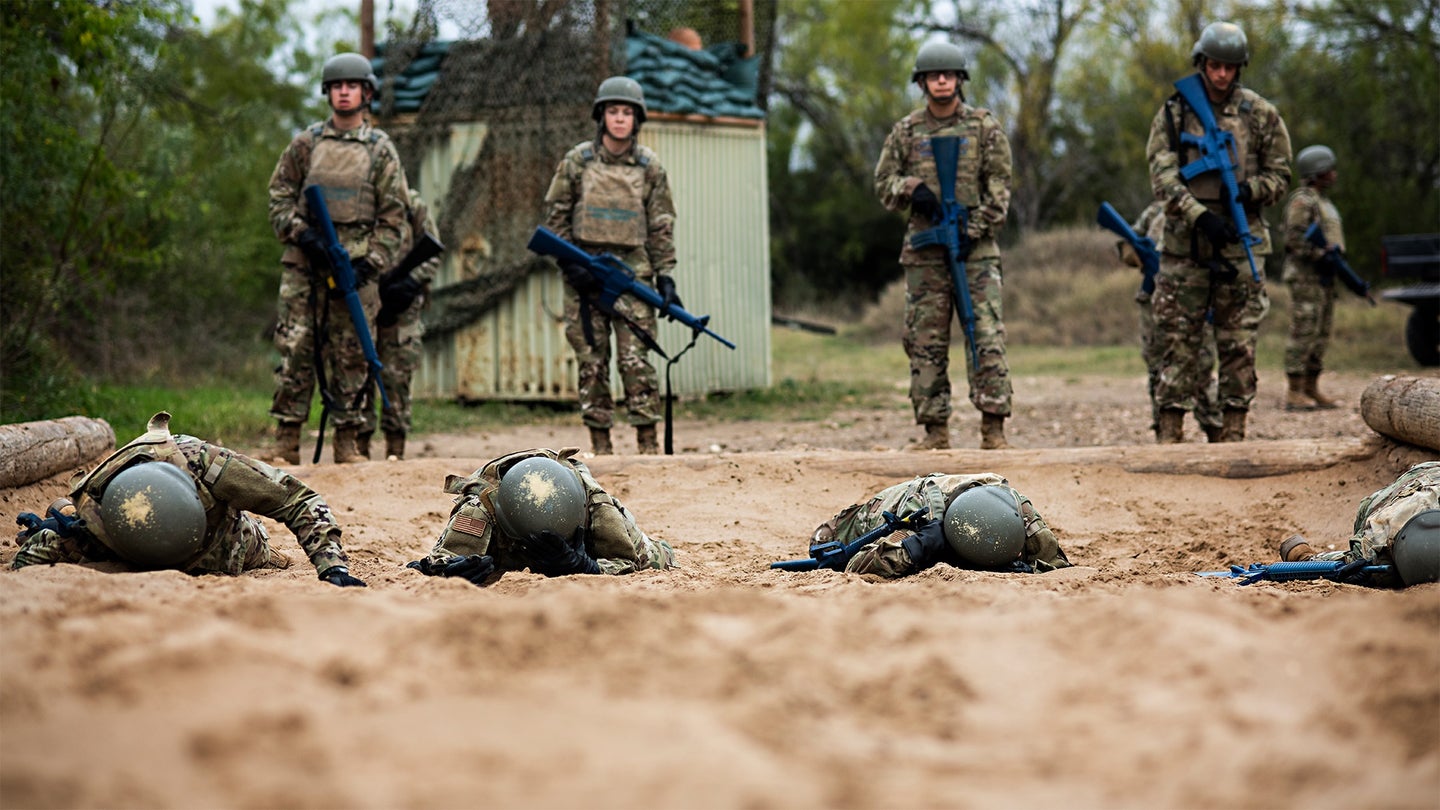 The Air Force is changing the way it conducts Basic Military Training, replacing a four-day-long field training exercise with a new scenario that lasts 36 hours.

“If we get it right, it will be the highlight of their [Basic Military Training] experience, despite only being 36-hours in length,” said Col. Jeff Pixley, commander of the 737th Training Group at Joint Base San Antonio-Lackland, Texas, in a press release announcing the change. “Early feedback suggests we are absolutely on the right track.”

PACER FORGE is described as a 36-hour-long exercise in which trainees “will deploy to the former BEAST site where they will be organized into smaller dispersed teams. Here, they will be put to the test with scenarios that are built to provide flexibility, promote information seeking, teamwork, decision making and are results focused.”

That will include combat casualty care, weapons handling and base support operations, with the training cadre working in a mentorship role rather than giving direction and instruction.

While it’s only a day and half long, the new exercise is better aligned with the Air Force’s current needs, according to Pixley,  and is “designed to enhance force packaging with teams tailored for mission generation, command and control, and base operating support functions to help meet the vision of the 2030 Enlisted Force Airman.”

“The move toward PACER FORGE is not just a renaming or re-branding of BEAST,” said Pixley. “This was a year-long effort to reimagine BEAST.”

Air Force basic military training has included mock deployments and combat scenarios since 1999, when the field training was known as “Warrior Week.” It was expanded and dubbed BEAST in 2006.

The Air Force did not provide  too many details on the specifics of the scenarios future airmen and Space Force guardians will go through at PACER FORGE in the press release.

“We want it to be something trainees consider so important and formative that they don’t spoil it for those that follow,” said Pixley. “This is not the end of an era but rather a symbolic change to develop capable and ready Airmen and Guardians … anytime, anywhere.”

Other services have also been changing how they train new recruits.

In 2018 the Army announced that it was overhauling basic training to produce more physically fit, disciplined and motivated soldiers. It also eliminated the so-called “Shark Attack,” where drill sergeants would greet new soldiers with aggressive and incoherent screaming. Earlier this year the Army also announced the creation of the Future Soldier Prep Course, a sort of basic training for basic training to help recruits with weight requirements or Armed Services Vocational Aptitude Battery (ASVAB) test scores.

The Navy also revamped its basic training at the beginning of this year, adding an additional two weeks focused on personal and professional development for sailors.