Another gun has gone missing at Camp Lejeune

The M18 pistol along with two magazines were reported missing on Thursday, Jan. 19. 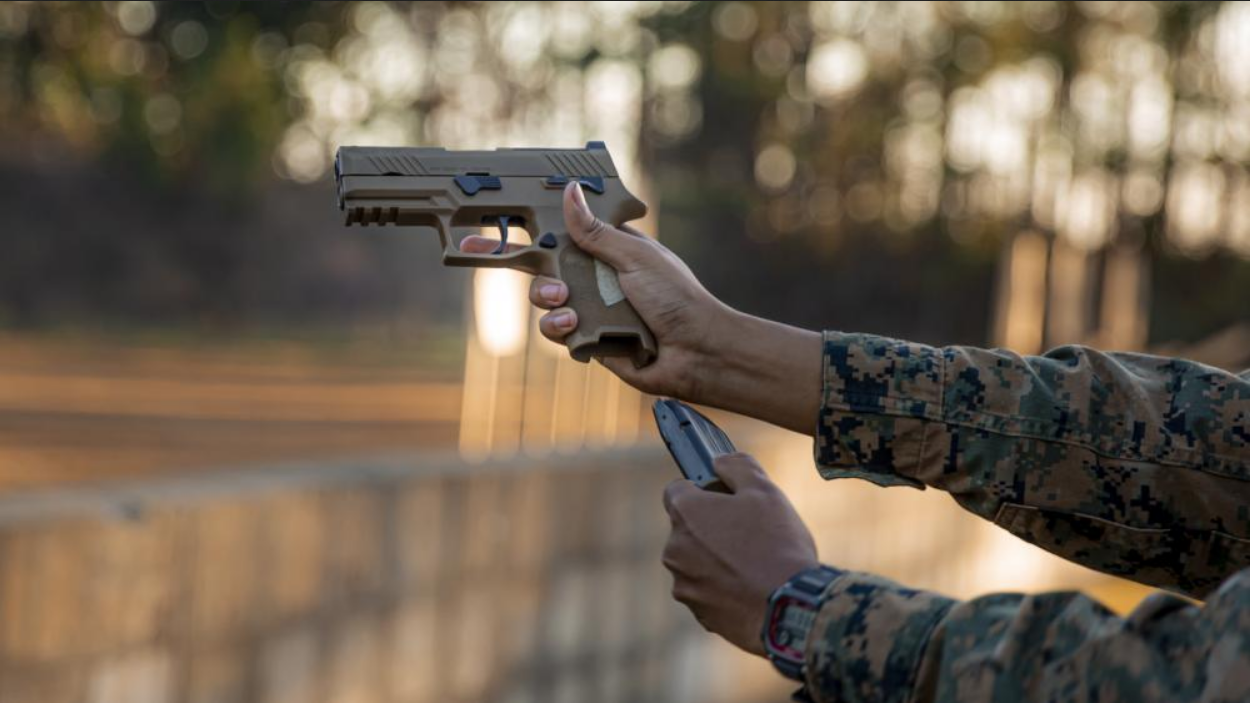 A Marine Corps battalion has lost track of one of its pistols. The 2nd Marine Division’s 3rd Battalion, 6th Marines confirmed that a Sig Sauer M18 handgun as well as two magazines for it are missing at Marine Corps Base Camp Lejeune, North Carolina. It’s the second time in the last five years that a firearm has vanished from 3rd Battalion, 6th Marines.

Naval Criminal Investigative Services is looking into the matter. Military Times first reported on the news, following a post on the popular social media account Terminal Lance. The post suggested more than one pistol was lost, but a spokesperson for 2nd Infantry Division told Military Times it was only one. The gun was reported missing on Thursday, Jan. 19.

It’s the second time in recent years a weapon has gone missing with 3rd Battalion, 6th Marines. In December 2019, two rifles assigned to the battalion went missing at a Camp Lejeune training site. NCIS and the unit began searching for the guns, while their disappearance prompted 3rd Battalion, 6th Marines to become the source of several jokes inside the Marine community (so much so that the Terminal Lance post on the missing M18 noted the unit lost stuff “again”).

In March of 2020 the commander and sergeant major of the battalion were relieved of duty “due to a loss of trust and confidence,” although the Marine Corps did not say it was because of the lost rifles. It’s also not clear what the status is on NCIS’ investigation into those missing rifles.

The Marine Corps adopted the M18 in 2020, replacing older pistols such as the M9 that the Corps had used for years. The gun is a compact version of the M17 that is in use by the Army.

Missing weapons have been a reoccurring problem for the armed forces. At least 1,900 were lost or stolen between 2010 and 2019, the majority being rifles, followed by handguns. Approximately 1,300 of those lost weapons were assigned to the U.S. Army. Most recently, the Army’s National Training Center at Fort Irwin lost a M240B machine gun in August 2022. Army Criminal Investigations Division even put up fliers for the lost weapon.