Years after being injured in Iraq, this Army medic has shattered another Paralympic world record

“My goal was to give the military community something to cheer for." 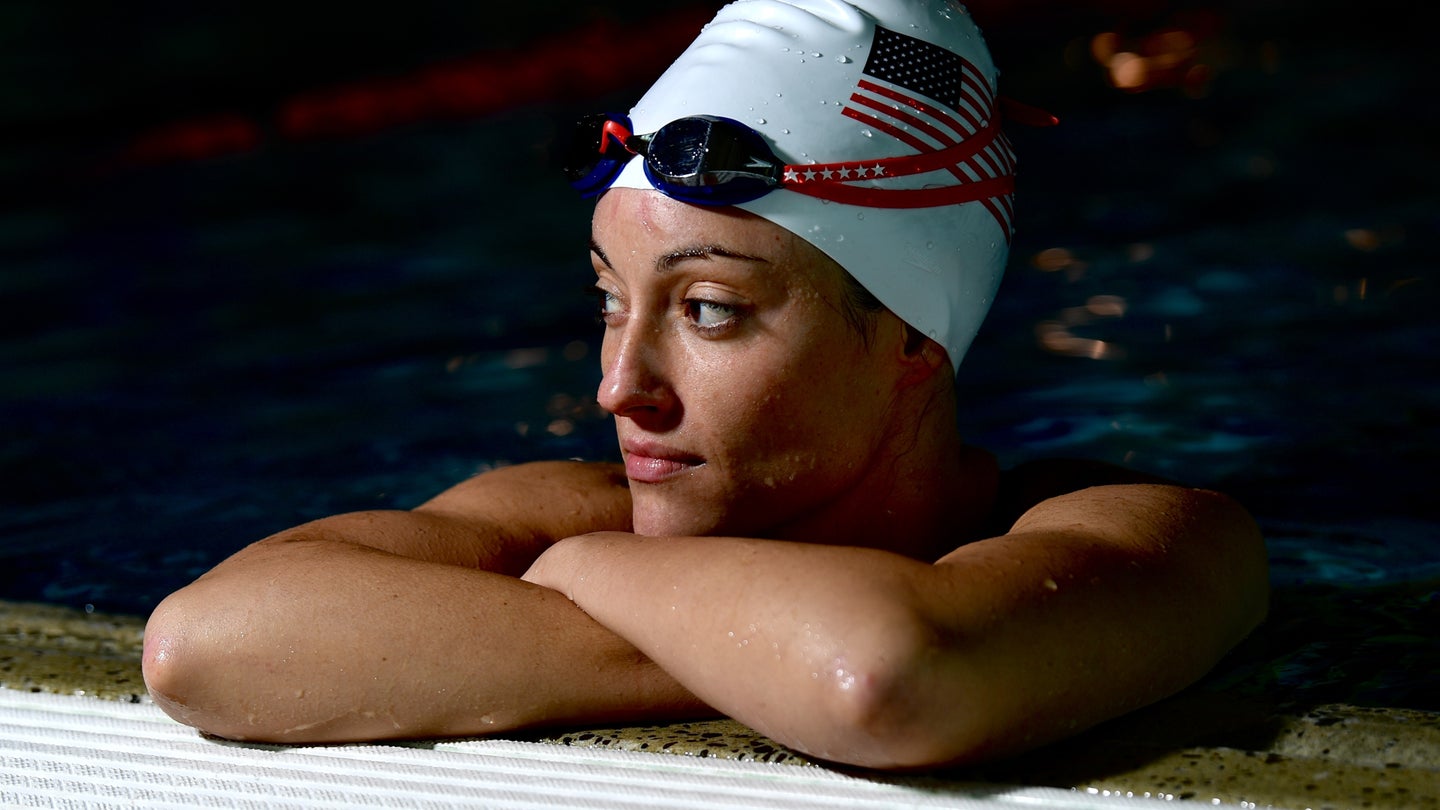 An Army combat medic just destroyed yet another world record for a women’s swimming event at the 2020 Paralympics in Tokyo, Japan.

Sgt. 1st Class Elizabeth Marks, a five-time Paralympic medalist and soldier in the Army’s World Class Athlete Program, finished the 100-meter backstroke, S6 classification, with a time of 1:19.57 on Sept. 3 and took the gold medal, according to an Army press release. The S6 classification in the Paralympics includes swimmers “with short stature or amputation of both arms, or moderate [coordination] problems on one side of their body,” according to the International Paralympic Committee.

“I really enjoyed every race,” said Marks, who also won a silver and bronze medal at the Paralympics this year. “My goal was to give the military community something to cheer for and to look forward to. I hope I accomplished that.”

Marks joined the Army in 2008 and originally planned to be an infantryman like her father, a Vietnam veteran, but it wasn’t yet an option for women. The Army did not lift its ban on women serving in the infantry and armor branches until 2016. So instead she asked her recruiter what would be the closest thing to it, and became a combat medic.

Marks “fell in love with her job,” an Army release says, but in April 2010 she was injured while on a deployment to Iraq. Both of her hips were injured, according to AUSA, and she had to have three separate, intensive operations “to restructure her hips.”

“No one expects to be injured,” Marks said in a release. “It is one of those things that no one thinks will happen to them.”

In 2011, while recovering at Brooke Army Medical Center in San Antonio, Texas, Marks began to swim. She met another veteran at the pool who encouraged her to “keep fighting,” and soon she was working towards two goals: becoming a Paralympic swimmer, and being declared fit for duty. While she did return to service as a combat medic, the journey did not get easier.

She developed an infection in 2012, which led to a further decrease in her mobility in her legs and a decreased lung capacity, according to her AUSA. She experienced vision issues and disorientation while she was swimming. Then in 2014, while traveling to the Invictus Games in London, she fell ill again with an upper respiratory infection, according to an article from Aberdeen Proving Ground News.

She was hospitalized and put on life support for 10 days. When she awoke, she was in the same German hospital where she had been treated after being injured in Iraq. That illness also resulted in “neurological impairment, decreased lung capacity, and a further reduction of mobility in her legs.”

But Marks refused to give up.

“I had a lot of people tell me it wasn’t possible to come back,” Marks said in an Army release. “The more I heard that, the more I wanted to be back. It made me want to show them what I could do.”

And she can do a lot. She became the first Paralympic swimmer to join the Army World Class Athlete Program in 2012; took home gold and bronze medals from the 2016 Paralympic Games in Rio de Janeiro, setting another world record; won four gold medals at the 2016 Invictus Games — an international sporting event for wounded service members and veterans — and was inducted into the Army Women’s Hall of Fame in 2017, the same year she decided to amputate her left leg below the knee.

“It was painful, but compared to what I’d been living in it was a relief,” Marks said. “It was kind of shocking that it had been so long that I’d been in pain I didn’t really recognize it. I got emotional because immediately after the surgery, I felt so much better.”

She also received the Pat Tillman Award for Service at the 2016 ESPY Awards. Marie Tillman, president of the Pat Tillman Foundation, said Marks “embodies the same strong sense of duty” as Pat Tillman, by “challenging herself, fellow soldiers and her teammates, physically and mentally, to push limits and achieve their best in spite of injury or other setbacks.”

When Marks learned that she’d once again won a gold medal, this time in her final race at this year’s Paralympic games, she “felt grateful.”

“I think having so many of my brothers and sisters in the military on the front of my mind, and pushing me, really helped me in the water.”