Less than a quarter of Army recruiters are women. Here’s why that’s a problem

"We are competing for a very small population." 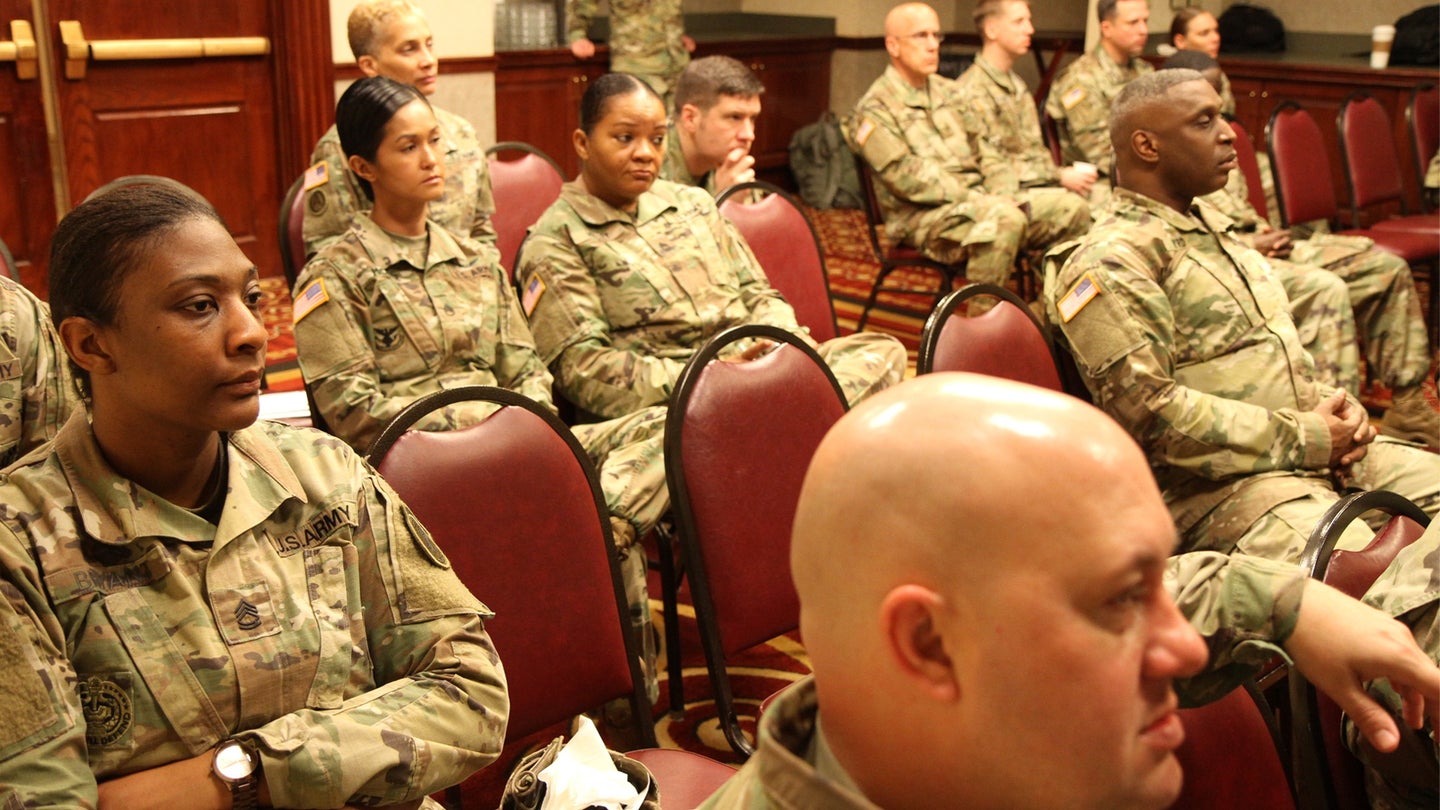 The Army wants to get more women in uniform. To do that, it helps if the recruiter encouraging them to enlist can speak to what it’s like to be a woman in the Army from personal experience.

However, just 12% of Army recruiters are women, Maj. Gen. Kevin Vereen, commander of U.S. Army Recruiting Command, said on Thursday. Having women serve as recruiters is “absolutely critical,” he said, but part of the reason for the low numbers is due to how many women are across the Army — and how few of them are available to be recruiters.

“Before we can place women noncommissioned officers in recruiting, we’ve got to have the population,” Vereen said.

The percentage of female recruiters falls in line with the overall percentage of women in the Army. Women accounted for roughly 15% of soldiers in 2021, according to a Defense Department fact sheet. That is around the same percentage as was reported for fiscal year 2018 by the Government Accountability Office, which found women made up 15.1% of the Army.

The report found that across the military as a whole, the percentage of women in the force increased from 15.1% in 2004, to 16.5% in 2018. Of the American population, 51% of those who are eligible to serve are women, Brig. Gen. Daphne Davis said on Thursday, but they are “not even close to that within the Army as a whole.”

Davis said the Army wants to do a better job at bringing women into the force, but the challenges facing the service were further exposed by the Government Accountability Office’s report. While more women may be joining the military than before, women are almost 30% more likely to leave the service than men, the report said. That was attributed to six primary reasons, including organizational culture, family planning, dependent care, sexual assault, deployments, and work schedules.

The Army knows those concerns exist, which is why the low number of female recruiters presents “a challenge,” according to Davis.

Women “have a lot of concerns about service,” she said, “and they typically feel more comfortable talking about it with another woman.”

Vereen, the commander of Army Recruiting Command, emphasized on Thursday that there is “nothing more relevant” than having women recruiting for the Army, “when it comes to imparting their experiences on a young woman who has a desire to want to serve.”

“Being a mother, deployments and being away from family, all play into the decisions our young women have to make before they decide to join the service,” Davis said  “So overall, when it comes to women in the military, there’s a great opportunity for us to build that platform of women to build leaders in the Army, and to demonstrate that the opportunities there are to serve and you can be successful in our Army.”

And it’s not just that there aren’t enough women in the Army, but that there are other jobs women are going for. It doesn’t help that recruiting is often one of the most stressful careers in the military, with job performance riding on meeting demanding quotas of how many people that recruiter has had sign that dotted line.

But aside from recruiting, the Army has “got to have women leadership, [noncommissioned officer] leadership, in the operational Army,” like the units who are training to deploy, Vereen said. Not to mention other positions like drill sergeants and instructors where it’s also important to have women represented.

“We are competing for a very small population,” he said.